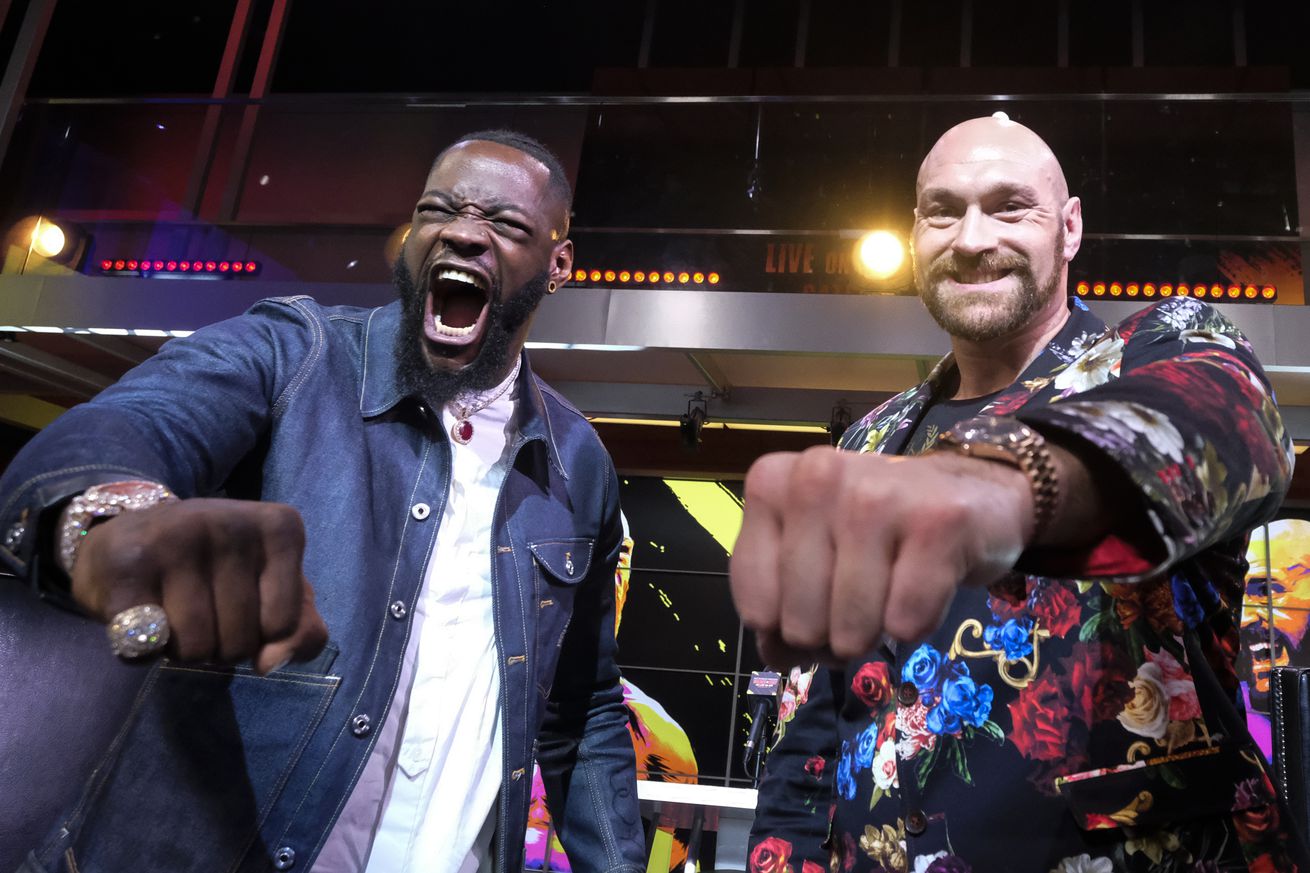 The third fight between the heavyweight stars doesn’t have a new date, but it probably won’t be this year.

Powers that be had set Dec. 19 as the date for the third clash between Tyson Fury and Deontay Wilder, but that plan, never set in stone, has shifted.

Too crowded a date, it was determined, what with many major college football contests being set for that Saturday.

The re-set date is still up in the air, promoter Bob Arum told me Wednesday, but he still likes Allegiant Stadium, the new Las Vegas venue where the NFL’s Raiders play.

On Saturday night, during the ESPN+ broadcast topped by a Jose Zepeda-Ivan Baranchyk war, ESPN analyst/wordsmith Mark Kriegel furnished some info that may or may not surprise you.

First, he told watchers that Mark Breland, the nicest man in boxing, has been shooed out of the Deontay Wilder squad. You recall that Breland showed empathy galore when he threw in the towel, as his guy Wilder got manhandled by Tyson Fury in February. Wilder took offense, and said his team all knows he’s a “go out on my shield” type. After deliberation, word came that a change is wanted. Malik Scott will perhaps get a larger role, or maybe a bigger name will be ushered in to augment Jay Deas’ training efforts.

“As for the rematch, given the ever-changing football schedule multiple sources say it won’t happen until 2021, hopefully with some socially adjusted seating,” Kriegel announced.

I messaged him, double checking, and he verified the can is likely getting kicked to next year for a third Fury-Wilder collision.

Noting the current state of America’s handling of the pandemic, I’m thinking many of you are not at all surprised if and when it gets announced, officially, that the third Fury-Wilder fight will be a New Year extravaganza. The President is battling COVID, and the NFL is in worry mode, having to reschedule a Steelers-Titans game due to COVID concerns, and then Patriots quarterback Cam Newton testing positive, too.

If Top Rank, Premier Boxing Champions, Team Fury, Team Wilder, ESPN, and FOX decided to hell with 2020, who would blame them? Let’s aim for a fresh start, with the hopeful presumption that it won’t be the same sort of shit show in 2021.