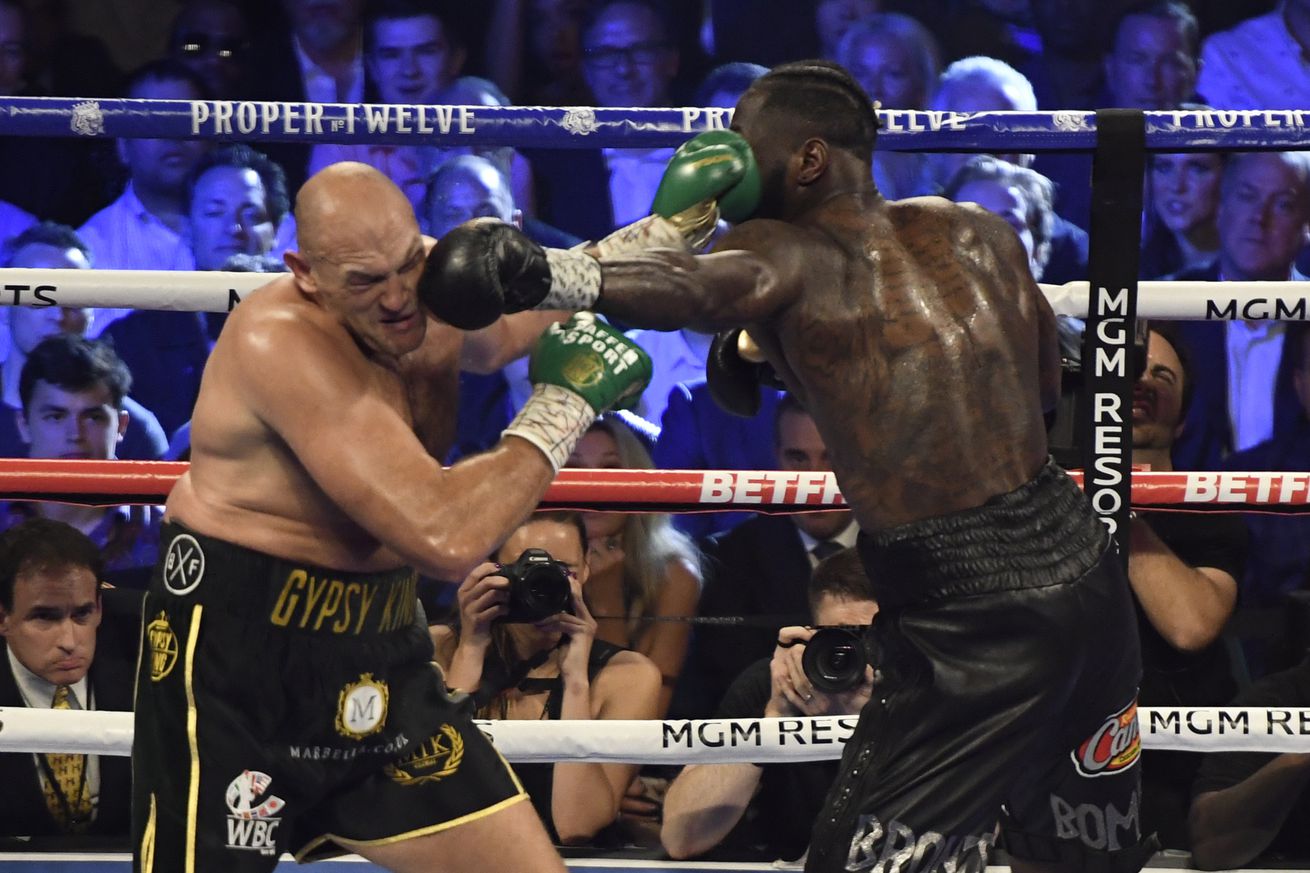 At least three planned dates have now fallen through this year

The trilogy match between Tyson Fury and Deontay Wilder, which we do not need but absolutely deserve, needs a new date. Bob Arum tells ESPN that a whole mess of football conflicts have taken December 19th off the table.

“We’re moving off because there’s five conference championship games that day and night, plus two NFL game. So we can’t go with the 19th, we’re looking at other dates right now because ESPN advised us, and FOX advised the PBC [who promotes Wilder].”

The pair first met in December of 2018, then rematched this past February.

Top Rank still intends to stage the event at Las Vegas’ Allegiant Stadium “with limited seating and social distancing guidelines.” It could also still land in 2020, as Arum raised the possibility of hosting it “a little earlier in December.” The tentatively planned December 12th showdown between Anthony Joshua and Kubrat Pulev remains the biggest boxing bout scheduled for the month, though ESPN do have Miguel Berchelt vs Oscar Valdez planned for that same date, and Showtime have Nordine Oubaali vs Nonito Donaire. FOX also have a December 26th date marked for PBC.

Speaking of football, go read 20020. This isn’t, like, an official ad or Vox-mandated crossover or anything. I just think it’s neat.