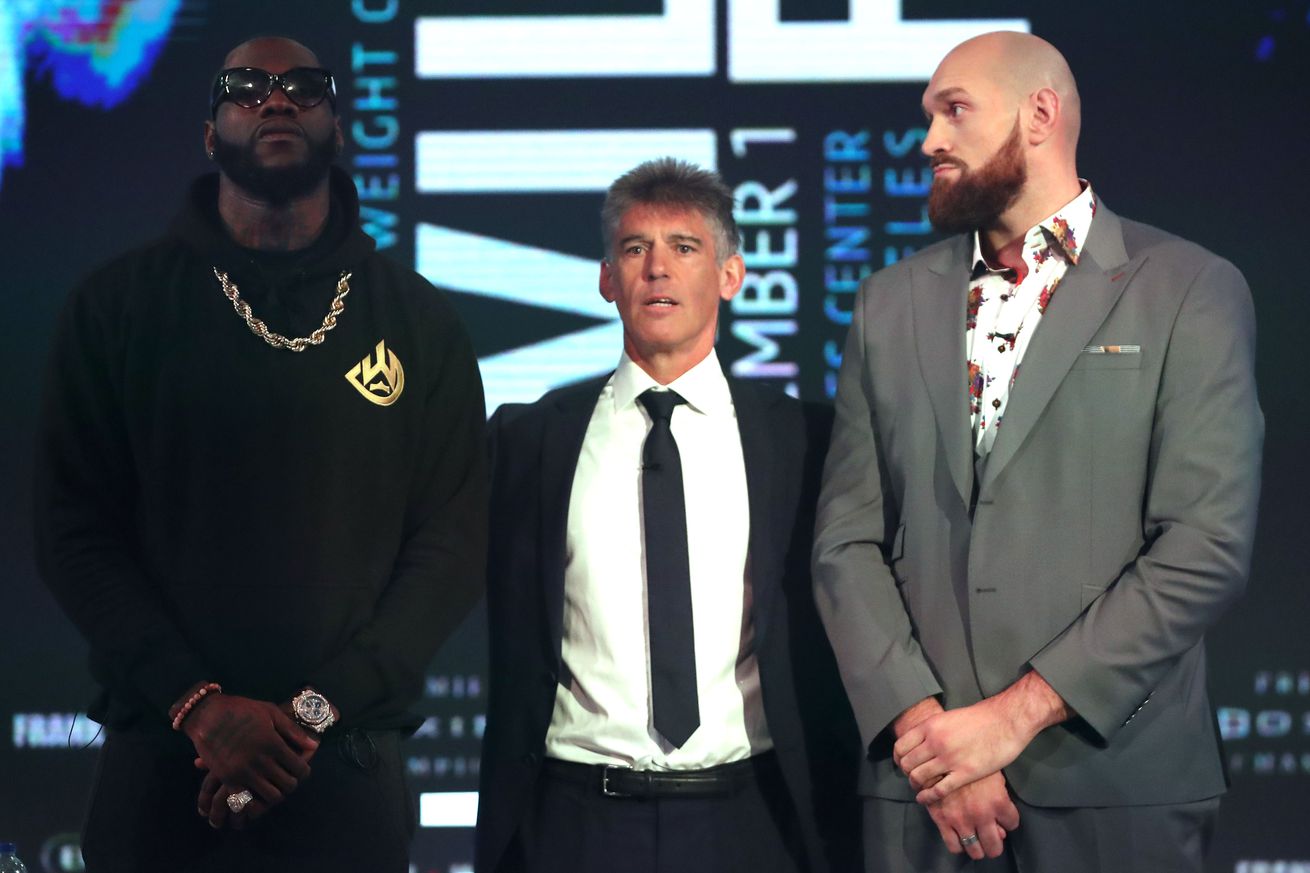 July 18th and October 3rd dates collapsed due to COVID

Despite offers from Macau and Australia, Bob Arum is looking to keep Tyson Fury vs. Deontay Wilder 3 in the States. He tells ESPN that he’s aiming to stage the bout at Las Vegas’ Allegiant Stadium on December 19th.

“That’s what we’re moving ahead on, on all fronts, with the security, with the virus, and everything,” Arum said. “We’re talking with everybody here in town, with the Raiders. So we’re optimistic that we’ll be able to do the event in Nevada, in Las Vegas.”

In addition, he hopes to have “between 10,000 and 15,000” spectators in the arena, which has a maximum capacity of 65,000. Nevada is still experiencing over 200 new COVID cases per day, but a lot can change in four months, and Arum has been clear that the event needs a live gate in order to make ends meet. In addition, they’ve had all summer to iron out their safety protocols.