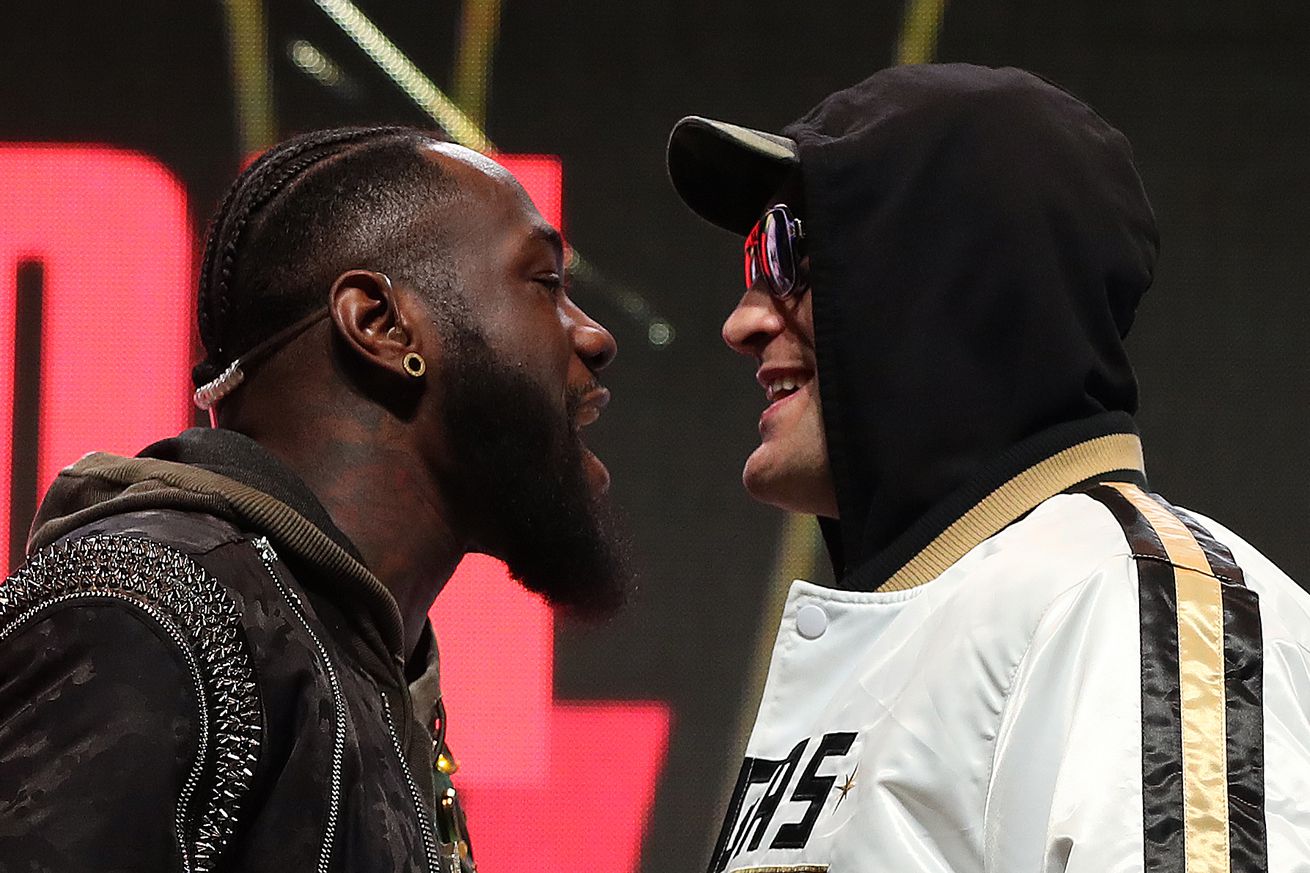 Tyson Fury doesn’t have a pre-written promo on Deontay Wilder, just a quick response to his claims.

Deontay Wilder has had quite a batch of headlines recently in the media, all centering around what he believes is a massive conspiracy theory in his February rematch loss to Tyson Fury.

First, he said Fury had loaded gloves, and that his own trainer — since dismissed — Mark Breland and referee Kenny Bayless were in on the whole thing. He also has added his belief that Breland tampered with Wilder’s water.

Wilder, 34, has already been rebuked by many, including promoters Bob Arum and Eddie Hearn, as well as fellow heavyweight Dillian Whyte, but now Tyson Fury has finally spoken up.

Fury gave his thoughts to talkSPORT about the entire mess:

“I think he has lost his marbles! First of all it was the suit, then it was the bicep injury, then his trainer was on our team, then the referee was against him, then I had weights in my gloves. Now someone has spiked his water. It’s one of those things, isn’t it?”

The 32-year-old Fury, who stopped Wilder in the seventh round of what had become a totally one-sided fight back in February, was meant to have a trilogy bout with the ex-WBC titleholder. The date was originally going to be July, but they couldn’t do that with COVID concerns, and Wilder also reportedly had an injury he was getting over. October was the next plan, and that didn’t happen. Then it was December, and the hunt for a venue, but that’s not happening either.

Despite Wilder demanding the third fight, Fury (30-0-1, 21 KO) has moved on for the time being, saying that the rematch clause has expired without a fight actually made, and the PBC side don’t seem to be contesting that at all. Fury plans to fight in the United Kingdom on Dec. 5, with Agit Kabayel the lead candidate.