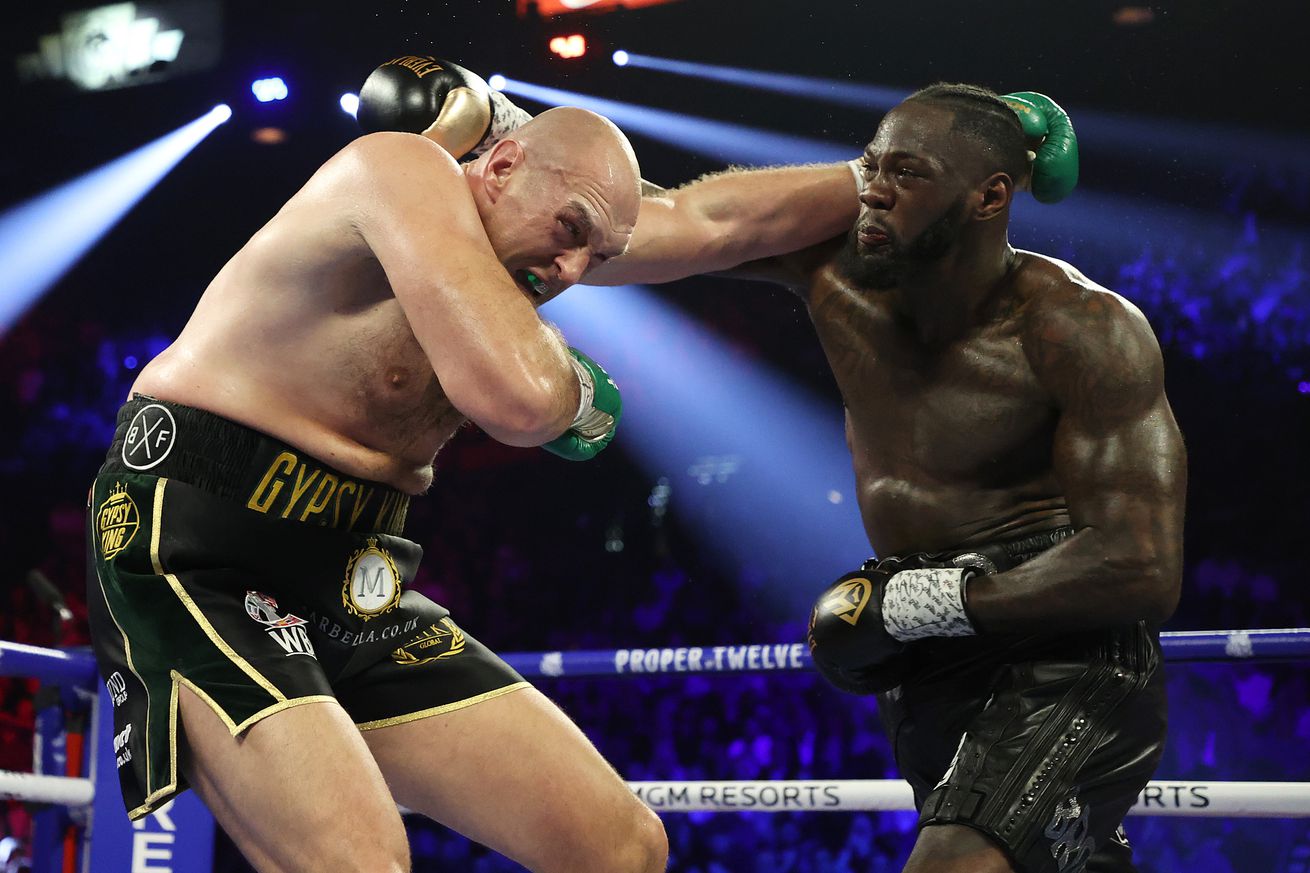 Fury intends to fight in London on December 5th.

Deontay Wilder and his team aren’t willing to just let Tyson Fury “move on,” apparently. The Athletic reports that the two sides will enter mediation this week over their trilogy match.

According to the article, the contract stipulated that Fury (30-0-1, 21 KO) and Wilder (42-1-1, 41 KO) meet again “by mid-July,” with a 90-day extension in case of injury. This resulted in a mid-October expiration date, though Fury agreed to fight on December 19th before football conflicts pushed the planned date into 2021. Thus, Top Rank argues, the contract is no longer enforceable, and Fury is not willing to remain inactive.

The fighters themselves have had two very, very different reactions to the ongoing case. Fury is presently targeting a December 5th meeting with Agit Kabayel at London’s Royal Albert Hall, and the card already has a potential co-feature in Anthony Yarde. Wilder, meanwhile, has embraced every conspiracy theory under the sun in order to explain away his loss in the rematch, from accusing Fury of loading his gloves to claiming that trainer Mark Breland, who saved him from further punishment by throwing in the towel, spiked his water.

I am not legally savvy by any stretch of the imagination, so I’m not going to comment on either argument’s merits. I’ll just say that I’d rather see Fury fight Kabayel than have him sit on the sidelines while Top Rank flails around in pursuit of a lucrative date.