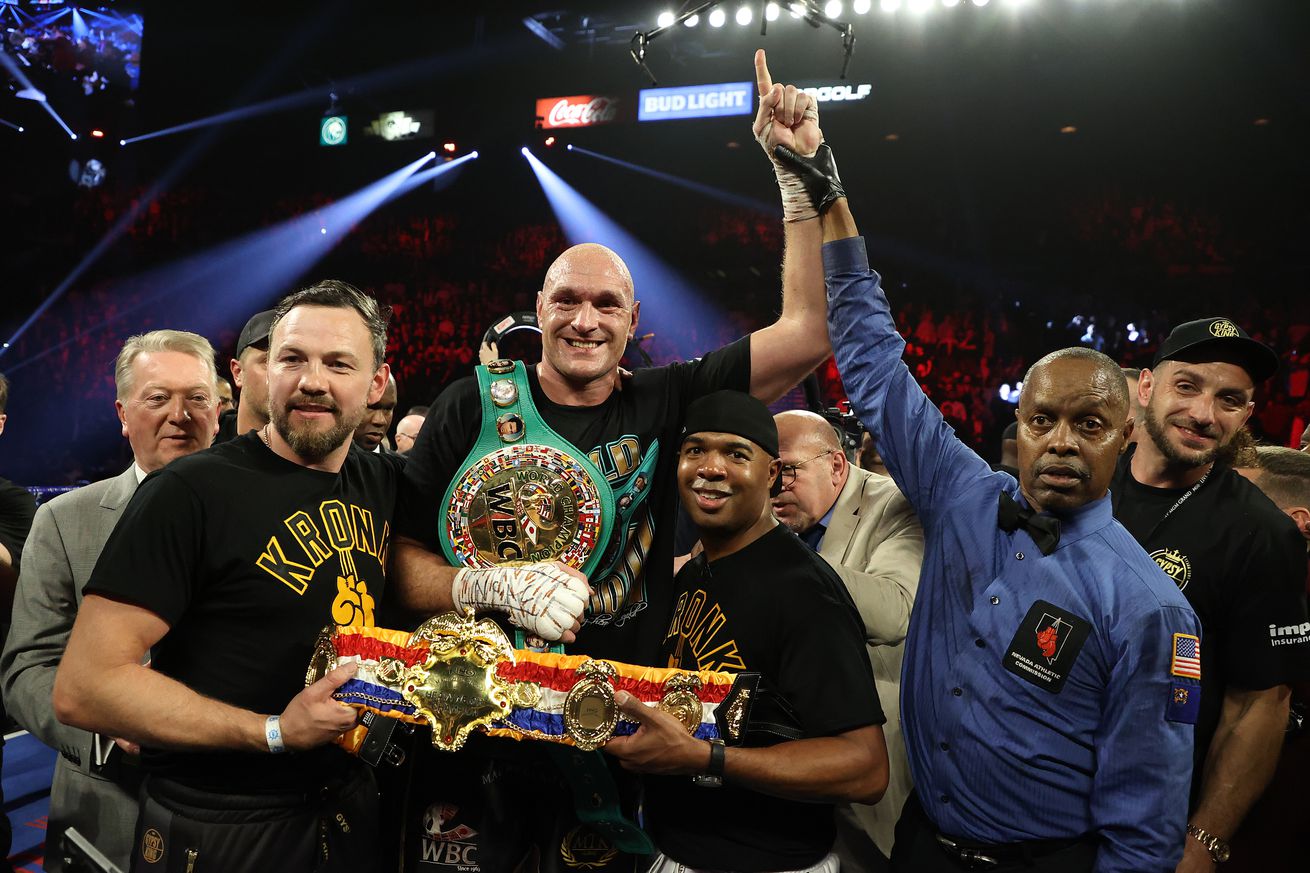 Fury and his team are presently battling Team Wilder in court over a third fight.

In an unsurprising turn of events, Tyson Fury announced on social media that he won’t be re-entering the ring until next year, scrapping his planned December 5th return at Royal Albert Hall.

The Gypsy King is returning in 2021. Only those that have supported me 100% since my comeback will be with me for the glory.

The world’s best heavyweight, The Gypsy King @Tyson_Fury will return to action in 2021

Date and venue to be announced pic.twitter.com/vnGRV61Qzh

Fury (30-0-1, 21 KO) has not seen action since dismantling Deontay Wilder in their February rematch. “The Bronze Bomber” subsequently exercised his own rematch clause, only for COVID and Wilder’s injuries to constantly push back the planned date. After a December 19th meeting fell through due to football conflicts, Fury announced his intention to move on with his career, leading to a planned December 5th meeting with Agit Kabayel.

In response, Wilder’s team headed to mediation to enforce the rematch clause, which Fury and his team insisted had expired. With that legal battle unfolding, it’s easy to see why Top Rank and Fury would hold off on the Kabayel fight. Still, it’s frustrating to see the world’s best heavyweight lose more months of his prime for a fight hat, frankly, nobody besides Wilder wants.