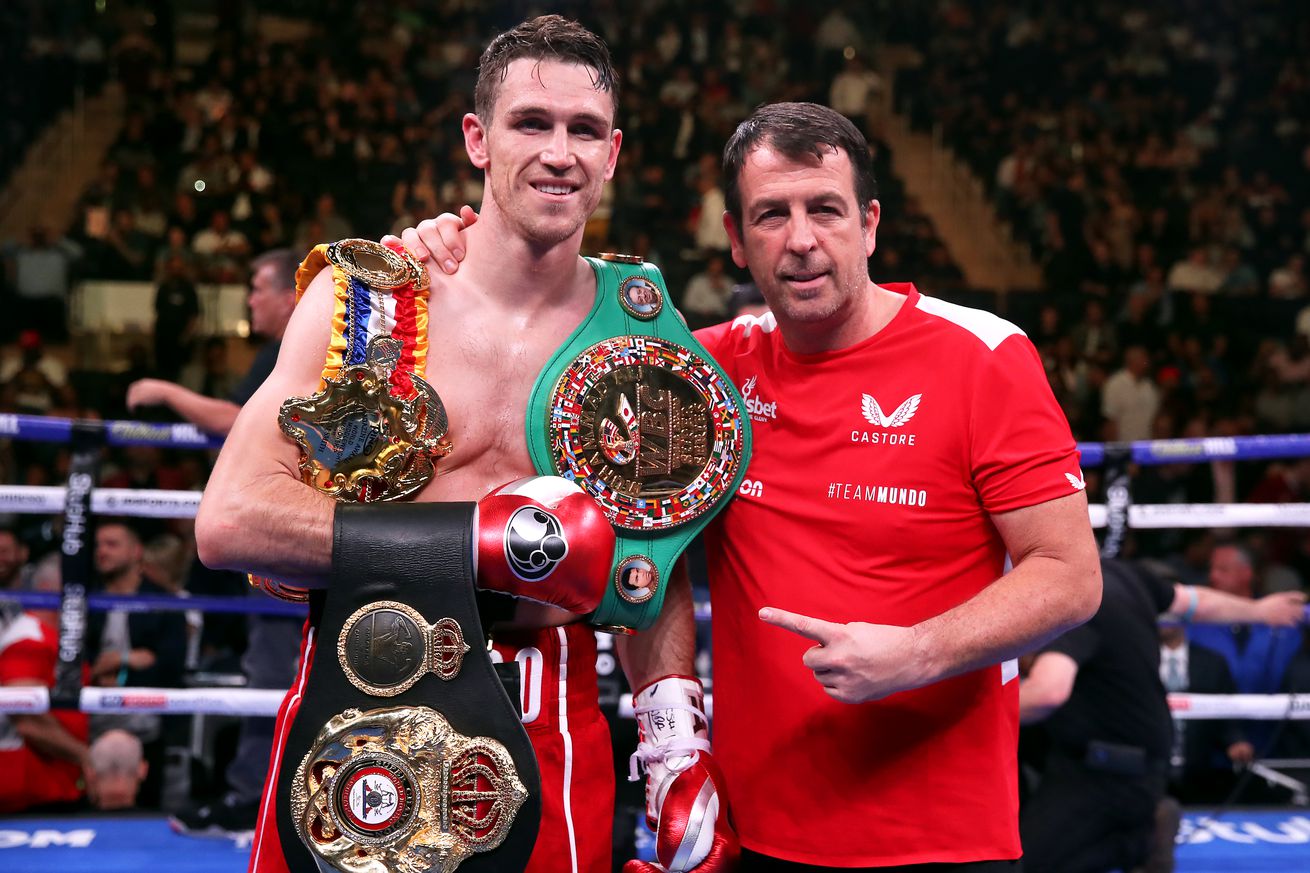 Callum Smith’s trainer says it’s a shame his fighter won’t get the shot at Canelo Alvarez.

Although not officially announced, the current expectation is that Canelo Alvarez will in fact have his next fight against Billy Joe Saunders. That seems to be even more verified by the fact that the trainer for the other top opponent in consideration, Callum Smith, has been publicly calling it a shame that his fighter won’t get the opportunity.

Speaking to Sky Sports, Joe Gallagher says that while you can’t call Canelo a ducker, he obviously favored a fight against Saunders because of the challenges he thinks Smith would pose for Canelo — citing Smith’s size, power, and inside fighting before contrasting with Saunders.

“I think to myself, one it’s Callum Smith’s size, he’s young, he’s hungry, he can punch with either hand. He’s got a good inside fighting game and he’s a huge problem.

“Billy Joe, on the other hand, exceptional talent, quick feet, southpaw. Billy Joe presents a lot of problems, but I think Canelo thinks to himself, he doesn’t hit as hard as Callum Smith, so I think he can deal with movers. He feels he can just cut off the corner and in Vegas they score for pressure. Billy Joe can win rounds, but can he win enough rounds is the main thing to see?”

With Smith now all but elimated for the Canelo fight in May, he’ll now need to turn his attention elsewhere. That elsewhere could potentially be a unification fight against Caleb Plant, who has recently sent an offer to Smith for a fight.