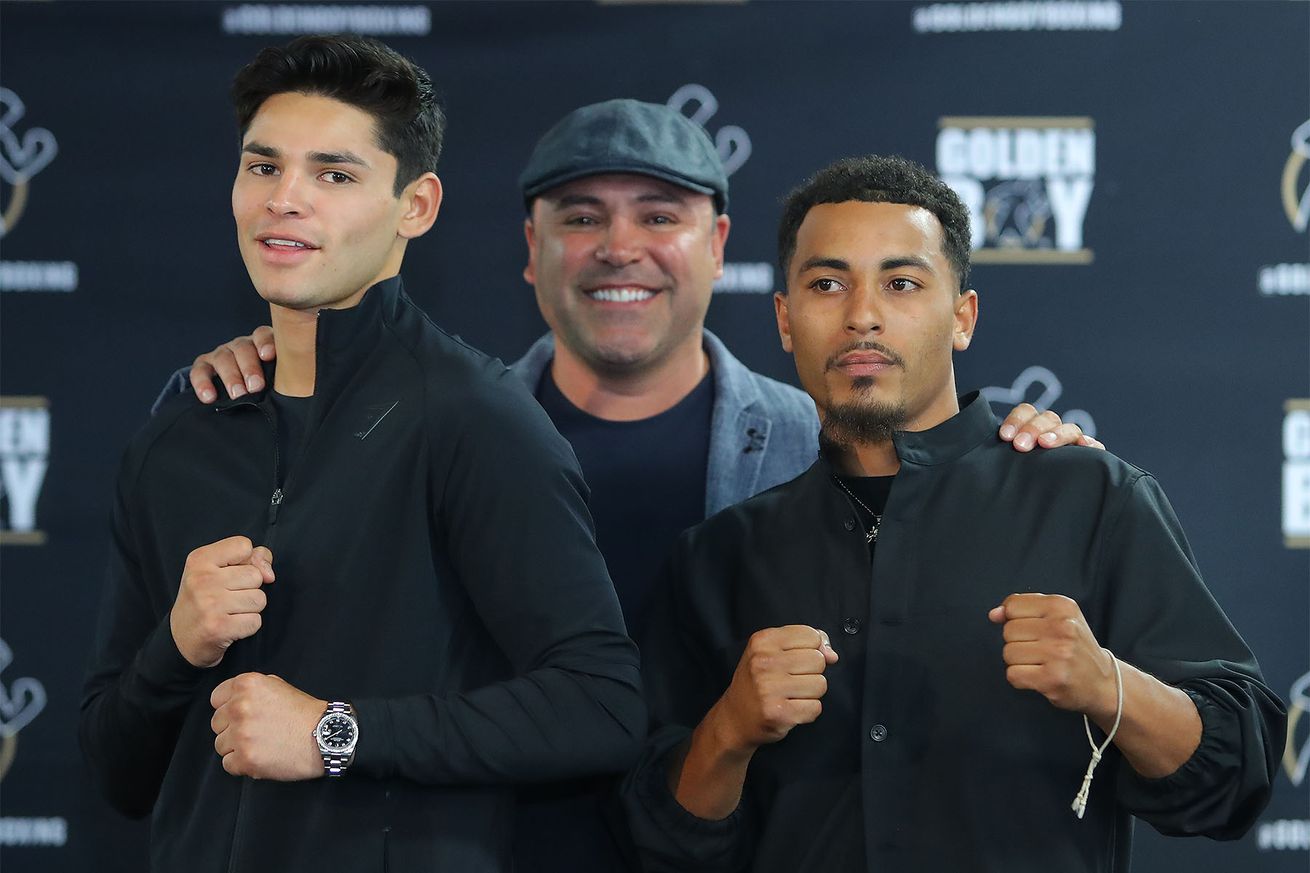 21-year-old lightweight Ryan Garcia has already built a massive online following through social media, and with that an ability to sell tickets for boxing events, which as much as his talent — which seems quite real — is what makes him a top prospect in boxing.

Garcia (18-0, 15 KO) has had some public differences of opinion with his promoters at Golden Boy recently, but for now, all seems well, or well enough, as he returns to the ring on Sept. 14 against Avery Sparrow, an opponent who legitimately may present some problems.

“Out of the three fights I was offered I knew Avery was the hardest. He’s a fast and undefeated counter puncher,” Garcia said on Tuesday. “He’s smart. I wanted to take the hardest fight I got offered.”

Sparrow (10-1, 3 KO) isn’t actually undefeated, but his lone loss back in 2015 came via disqualification, so the idea is he’s never really been beaten. The 25-year-old Philly fighter is coming off of a majority decision win over veteran Hank Lundy on March 15, and also picked up a solid win over Jose “Wonder Boy” Lopez in Nov. 2017. Garcia beat Lopez in two rounds last time out in March.

Garcia, because of the fact that he’s more “teen idol” than “proven boxer” at this stage of his career, has plenty of naysayers and doubters. That’s the nature of boxing fans, really. So far, though, Garcia has delivered in the ring, and while he respects Sparrow’s ability, he wants to win in style and prove he’s more than just an Instagram account.

“Avery is very fast and that’s what I’m going to have to train for. I know that my experience and my training will help me win this fight,” he said. “I wanted to take on the hardest fight. I’m not trying to prove anything to myself, but to the people who doubt me and the people who don’t think I can handle this fight.”

A win for Sparrow, meanwhile, would significantly boost his profile, and turn him into a top young name to watch for in the sport.

“Ryan knows I’m a good fighter and this is a big fight, I have a lot of support and people backing me,” he said. “I’m on a different level than Ryan Garcia, and he hasn’t been to this level yet. I’ve fought fighters with similar experience before, but we will see what happens on Sept. 14. I hope to see everyone there.”

DAZN will air the fight on Sept. 14 from Carson, California, with Jaime Munguia headlining in a title defense against Patrick Allotey.