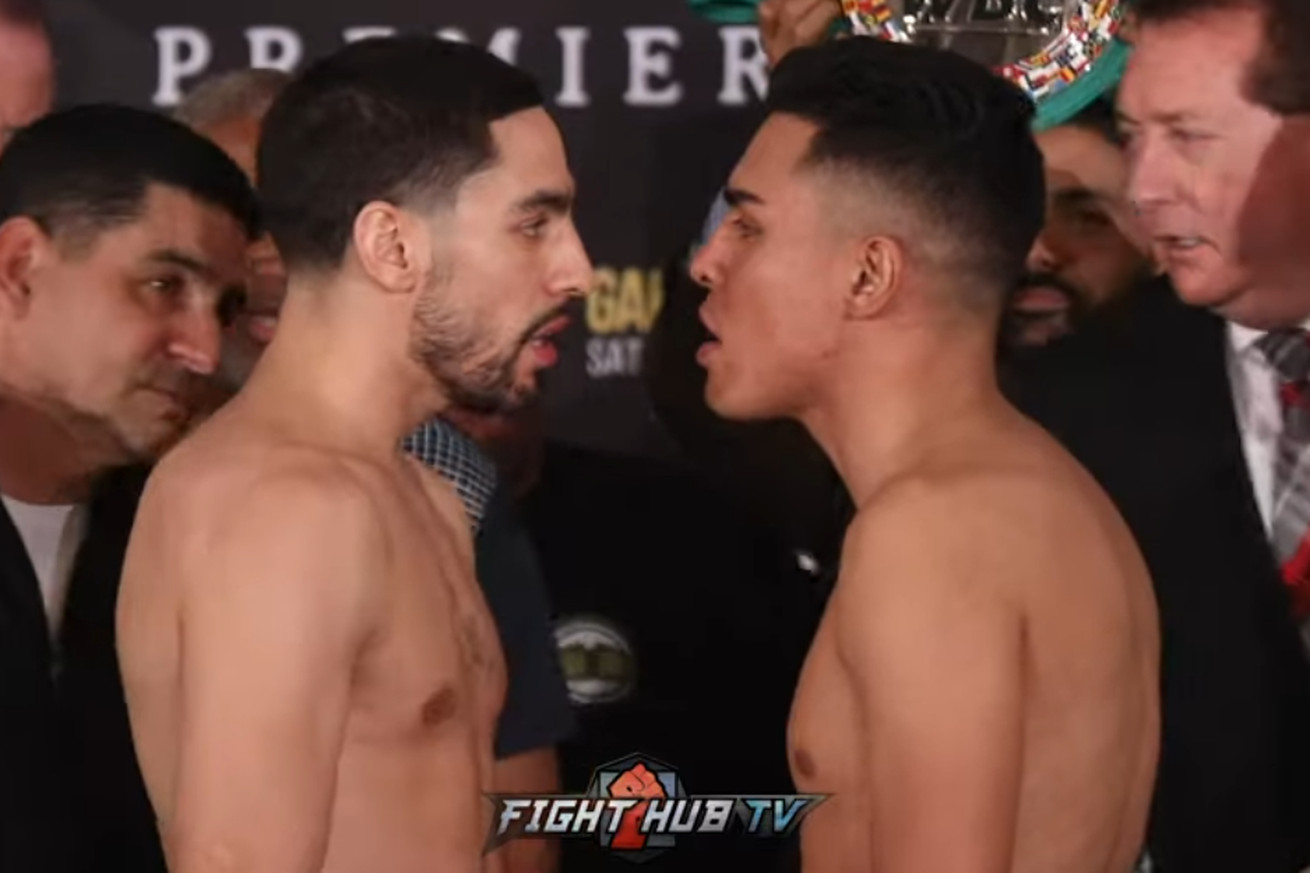 Danny Garcia and Adrian Granados made weight, then they looked at each other and got fired up.

Danny Garcia and Adrian Granados are officially set for Saturday night’s PBC on FOX main event from Carson, Calif., a fight that’s flying under the radar but is a solid alternative to the Crawford-Khan pay-per-view from ESPN, even if the betting odds for this one aren’t any more compelling than that one.

Granados, best-known as a tough underdog for matchups like this, is looking to finally break through with a big win. Both have talked a good game leading up, now we see if they turn in the performances on Saturday night.

Ruiz’s conditioning has been talked about plenty over his career, for obvious reasons. In his first two fights, he weighed in just shy of 300 pounds, then got more serious about things as time went on. But he’s always been considered, uh, chunky. There was talk this week about him having hired conditioning coaches and personal chefs and all this.

He weighed in at 262 for this fight, which is actually his highest weight since 2014. That’s three pounds more than Dimitrenko weighed, and Dimitrenko is five inches taller than Ruiz. This is not to say Ruiz hasn’t been more or less dedicated, because he doesn’t look particularly different than ever, really, just that his weight is always going to be what it is, basically. He’s still the clear favorite to win this fight.

The broadcast starts at 8 pm ET on FOX, and Bad Left Hook will be here with live coverage. The fights will also continue after the main card with “postlim” action on FS1, scheduled to start at 10:30 pm ET.