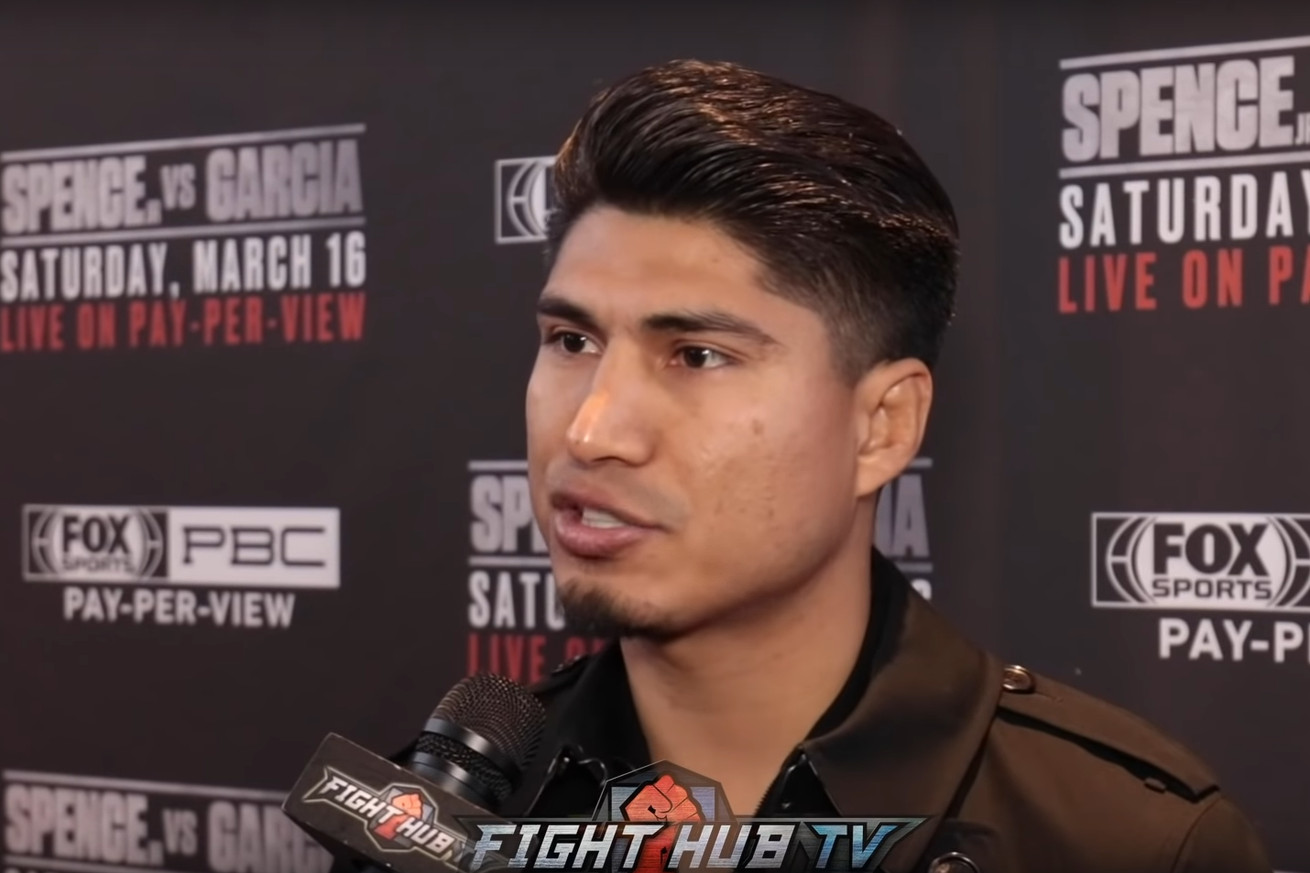 Garcia explains why he’s so confident heading into his fight against Spence.

In this video interview with Fight Hub TV, Mikey Garcia talks about his upcoming welterweight showdown against titleholder Errol Spence along with what his preparations have been like and why he’s not worried about the challenge he’s facing. Check out some excerpts below…

Garcia on how he’s feeling with the fight just around the corner:

“It’s a big fight. You know, I’m excited, I’m happy. We’re less than a month away now and the countdown is here and time fliers. You know, when I first talked about it, it was a year and a half ago and people didn’t take me serious and now we’re less than a month away. You know, it’s real, it’s happening. And I’m very happy I’m able to do this, I’m happy that we were able to secure this fight — this is the fight that I wanted and I know what it can do for me.”

On how easy it was to strike a deal with Spence:

“It was actually pretty easy. Easy negotiation. Not a whole lot of back and forth. We both agreed on terms, fairly simple terms, and we were able to get it done. He know he needs a fight like this also, you know, in order for him to achieve greatness, in order for him to achieve where he wants to be and be recognized and have a solid name an an opponent — not just a contender but a champion like myself. He needed this fight as well, and I need him to establish me as one of the best of this generation. I need to take this fight, you know, and win this fight so people can realize I’m much more than they ever thought.”

On what he’s been working on in the SNAC program:

“We work on a lot of things. I mean it could easily be misinterpreted as just complete strength training — it wasn’t strength training. It’s not like I’m lifting weights, trying to bulk up and, you know, all the sudden try to lift 300 pounds or something. It wasn’t that. It’s very precise when it comes to the explosiveness, the reaction, the speed.

“But at the same time, because we are moving up in weight I do have to gain just a little bit more mass, just a little bit more muscle, because I’m gonna be fighting a bigger guy. So that’s natural and I wanna be a little bit bigger, just to be able to hold my own but I don’t plan on being stronger man. You know, it’s not like I was competing in a strength contest. I gotta be smart, I gotta be fast, I gotta be explosive, I gotta be sharp — and that’s why we went to SNAC to prepare because they know, they understand and they have the methods and training techniques to help me achieve that.”

On how his body feels differently since training with SNAC:

“Well it’s not a big change, physically. Like I said, I didn’t bulk up too much, just enough to give me a little more mass. But I do feel very good, I feel strong, I feel fast, which is what we’re gonna be needing on fight night.”

On the stresses of promoting the fight while in training camp:

“We’re used to this…it’s just part of it. We plan for this, we already prepare ourselves for this in training camp. So we adjust the training camp so that when we do have days like today, with a lot of media, press, and travel, we can make those adjustments and still get our work in — not let this affect our training.”

On sparring with bigger guys:

“Well we’re gonna start sparring bigger guys this upcoming week. Recently we been sparring some guys, southpaws, you know, the height and the reach and that kind of stuff. But we’ll be getting Falcao this upcoming week. Rocha will also be joining us…My brother’s the one that really handles all that. I just get in the ring and do my job.”

On how big he thinks Spence will be on fight night:

“The IBF always has their second day weigh-in, that morning of the fight. I forget the exact amount of weight you’re allowed by the IBF…10 pounds or 10%, I’m not sure, but either way there is a second day weigh-in the morning of the fight. After that he can hydrate as much as he wants. I’m expecting him to be close to around 160 on fight night. I mean, he’s a big dude, he’s a big guy, he’s a natural at welterweight so I expect him to hydrate a lot, but that’s it, that’s part of the challenge. I know what I was signing up for, I knew this is what a fight would do and I know what I’m expecting so I’m prepared for that.”

On why he’s not concerned by moving up in weight so much to take on a fighter with a reputation like Spence: