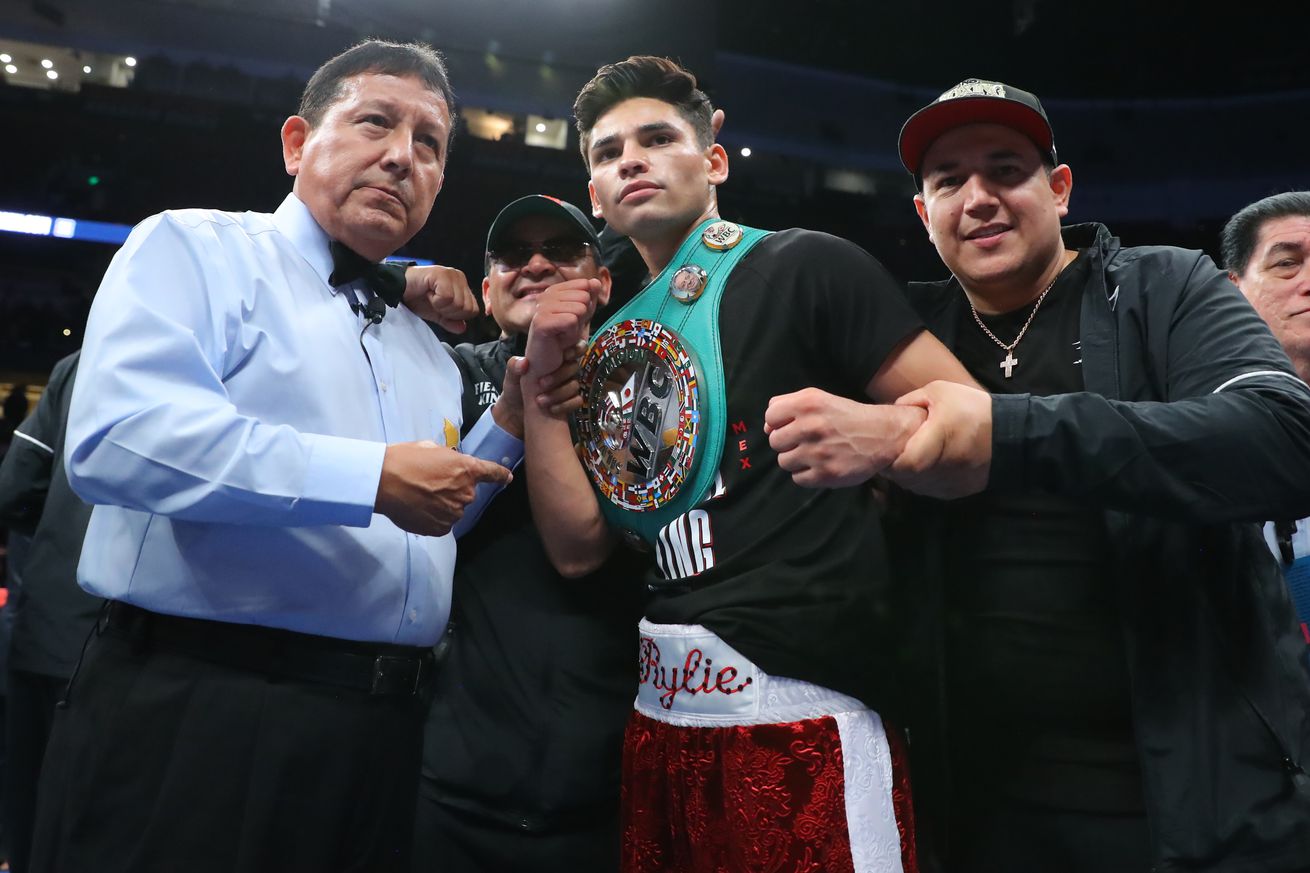 Gervonta Davis made big headlines and created a lot of hype last Saturday when he knocked Leo Santa Cruz out in six to win a third world title at 130 pounds and retain a secondary 135-pound belt in the process, and while he’s more recently been in the news in connection to a hit-and-run accident in Baltimore, there is still of course talk about what will be next for his career in the ring.

Ryan Garcia is a very interested potential opponent, and could be a very interesting one, too. The 22-year-old Garcia (20-0, 17 KO) will take a sizable step up on Dec. 5 , facing former title challenger Luke Campbell (20-3, 16 KO) in a main event that will stream live on DAZN. But while he says he’s not looking past Campbell or taking the Brit lightly, Garcia tells TMZ Sports he is definitely thinking about future, even bigger fights, and Davis is definitely one of those.

“Me and Gervonta is a great fight. Gervonta knows it. The only way he can get a huge fight is through me, there’s no other one to make the huge mega-fight he wants,” Garcia said. “I’m not overlooking Campbell, Campbell’s a great fighter. I’m just gonna handle my business, and that’s the fight I want.”

Garcia, whom DAZN see as a major young attraction for their still somewhat-fledgling subscription efforts in the United States and now globally, has taken some fire from impatient fans for his level of competition, even though he’s still very young. But to be fair, in recent months Garcia has sort of expressed similar frustrations, and when offered the fight with Campbell, it got done without much hassle. He feels, too, that it’s time to get going and get into big fights.

“We all know we both can knock people out, we all know we can put people to sleep that don’t belong in the ring with us,” he said of himself and Davis, who has also faced criticism for his opposition. “But one day we gotta step up and go against somebody that, you can also get slept. That’s what I’m trying to do, give fans a fight to remember for the rest of their lives.”

Garcia sees Davis as a “bully” type of fighter, and also stresses that he believes himself to be the biggest name in the lightweight division, which is questionable at best in any way other than social media followers, but that’s his feeling.

“They’re super confident in the matchup against me, and I’m here to beat up the bully. So let’s make it now. If not, I’m not worried about it, because at the end of the day, they have to come through me,” he said. “If they want a huge mega-fight, like a Pacquiao-Mayweather, they have to have me. I’m that chess piece that you need. It’s on them how they play it. I can play it the same way. I can go out there and fight guys that don’t belong in the ring with me, and I can put them to bed just like Gervonta does.”

He’s also doing a very smart thing in that he’s not knocking Davis (24-0, 23 KO); instead of selling the idea as “Davis is overrated and I’ll prove it,” he’s simply saying it’s a great fight, which is often a much better way to sell something — especially when it frankly doesn’t yet have anywhere near “Mayweather-Pacquiao” intrigue or buzz.

“I’ll go in the ring, assess what he’s doing, stay calm and just do what I do. Gervonta is an explosive fighter, a great fighter. Not knocking him, never a hater. I’m not saying he sucks,” he said. “But in order to be great, you have to go for great challengers. This is my great challenge. This is my Sonny Liston fight.

“I’m extremely confident I would beat that boy down. He’s just a big bully. He just comes in, rams in with his head, doesn’t care if he gets hit, and tries to knock you out. That won’t faze me. I will never panic against a bully. I’ve dealt with that in school. I beat a couple bullies down, so I’m not worried about it.”

Garcia also did egg Davis on just a bit, telling him not to get scared after Garcia’s fight with Campbell in a month.

“Props to Leo for being a warrior and props to Gervonta for landing that monstrous shot that he did. He did a great job. Props to him, but let’s get it on, baby. Don’t run away from the specialness! We’re ready to go! I can hit like that, too! Don’t be afraid after I beat Luke, either, that’s what I’m afraid of! I hope it’s a good fight so you don’t get scared!”