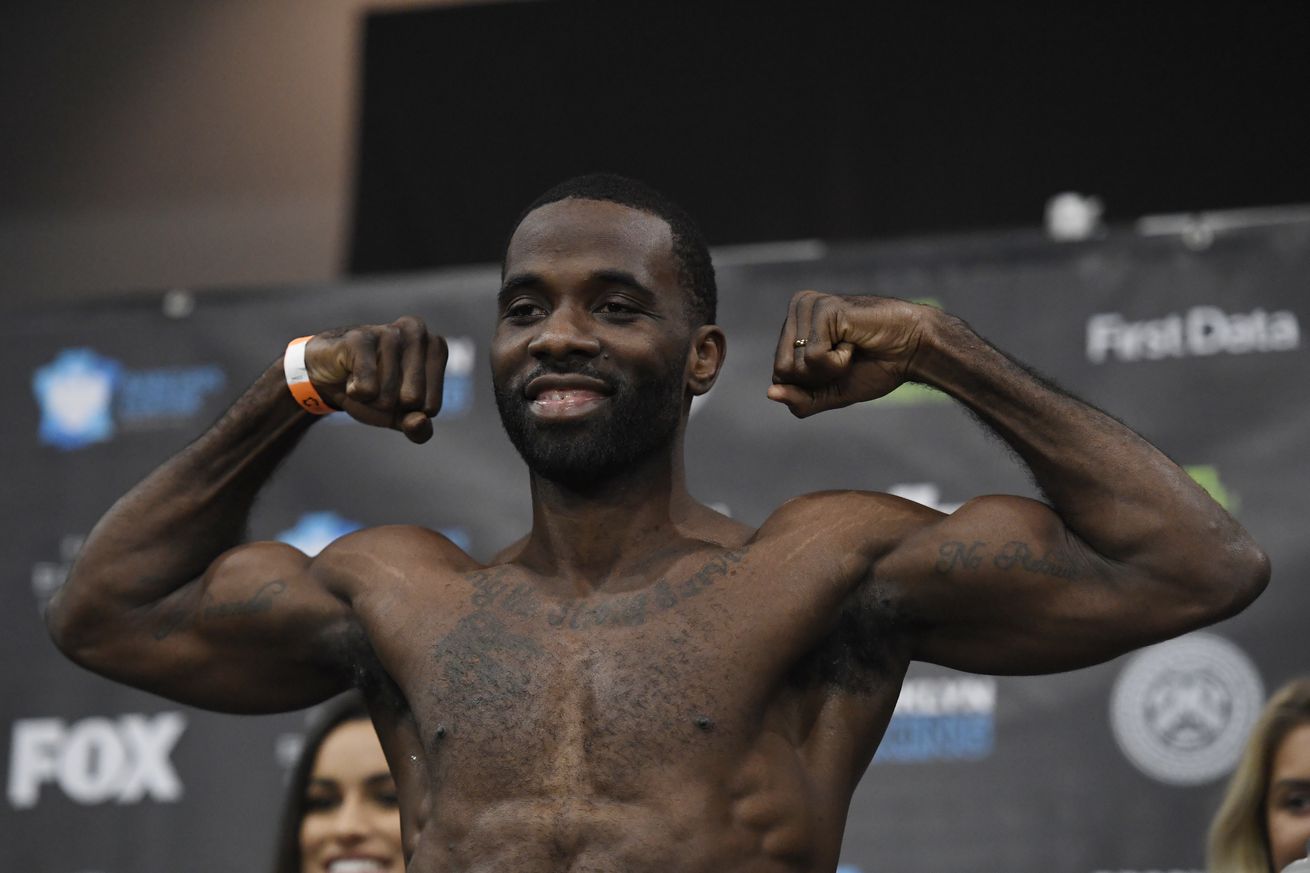 Gausha (21-1-1, 10 KO) banked the majority of the early rounds on the strength of his right cross, which constantly found the mark on the southpaw Trout (31-5-1, 17 KO) as the latter tried to do work off the back foot. Later in the fight, Trout got the idea to start pressing the action and actually found success forcing Gausha to the ropes and opening up to the body. Gausha managed to regain control at times when he got back on the front foot, though, and I had him winning 97-93. The announcers had it even wider.

Interestingly, I can find zero match history for any of the three judges on BoxRec outside of this event. Good choice, Mississippi athletic commission.

Super welterweight prospect Chordale Booker looked strong against durable veteran Wale Omotoso in the co-feature. Booker (15-0, 7 KO) used a solid jab and quality head movement to steer clear of Omotoso’s (27-4, 21 KO) power, periodically hunkering down to successfully trade bombs with the Nigerian-born Australia. Booker showed an impressive body attack that appeared to wind Omotoso, but did get tagged with a couple of nice right hands after briefly wobbling Omotoso in the penultimate round. Undaunted, Booker closed out the fight strong en route to a 10-round sweep.

A six-round swing bout pit unbeaten bantamweight Shawn Simpson against once-beaten Sergio Quiroz. Simpson (10-0, 3 KO) cruised through the first two rounds almost exclusively on the strength of his jab, but Quiroz (6-2, 1 KO) managed to bully his way in and bank some body shots in the third. Simpson made the necessary adjustment, catch-and-pitch countering with combinations of his own to blunt Quiroz’s offense, and the California-based Quiroz simply didn’t have a plan B. Simpson swept the scorecards.

The FS1 opener between light heavyweights Ahmed Elbiali and Marlos Simoes ended abruptly in the second round when Simoes (13-2-2, 5 KO), who’d had some success with herky-jerky movement against the hard-charging Elbiali (19-1, 16 KO), went down with what he claimed to be a broken jaw. The shot that put him down didn’t seem significant, but replays showed that the damage came slightly earlier from a heavy right hand against the ropes that seemed to catch him directly in the jaw hinge.