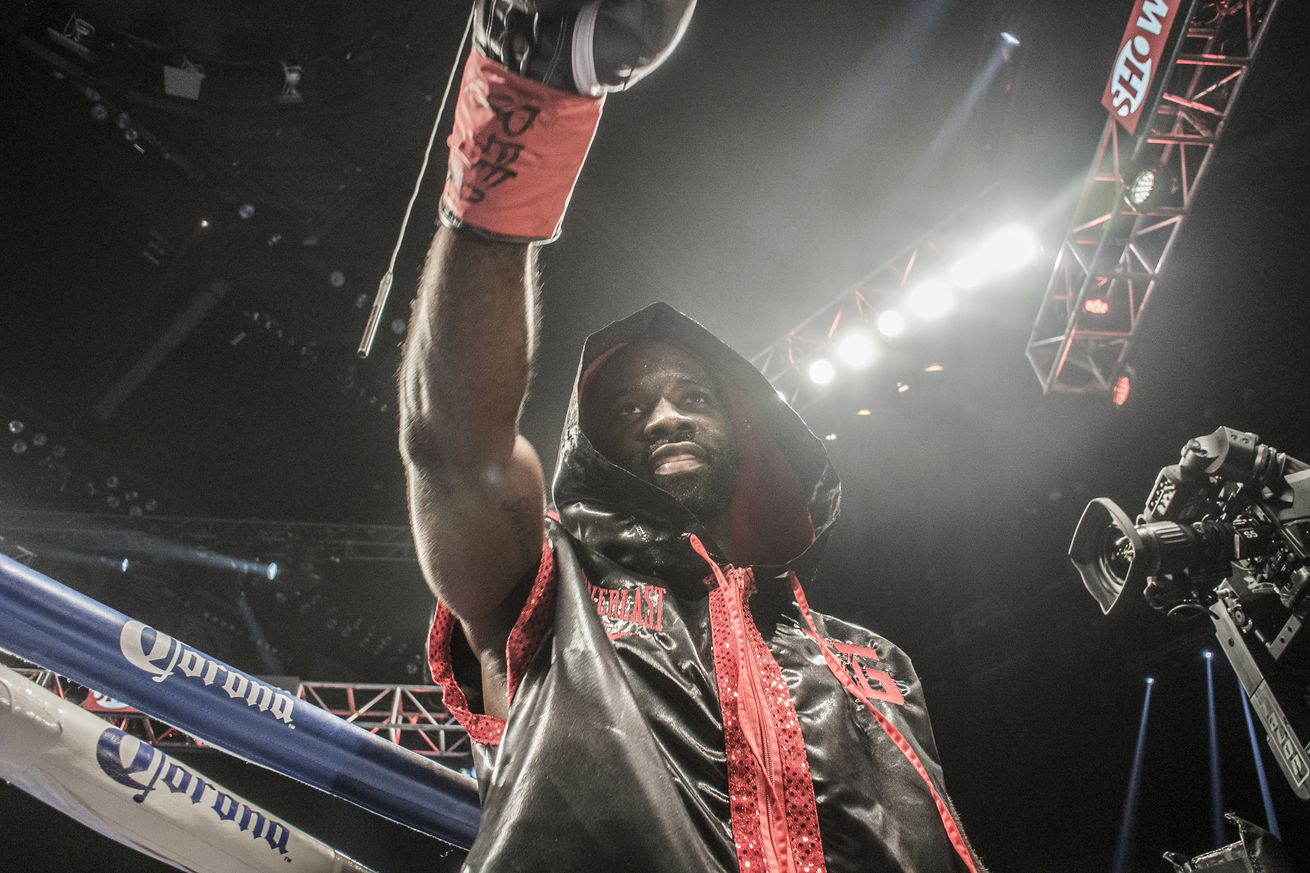 This Saturday night on Showtime (9 pm ET), 154-pound contenders Erickson Lubin and Terrell Gausha will meet in a 12-round main event, with a shot at the WBC junior middleweight title on the line in the eliminator bout.

For the 33-year-old Gausha, a member of the 2012 U.S. Olympic team, it could wind up being a last chance. The veteran fighter has fought just two times since a 2017 title fight loss to Erislandy Lara; in 2018 he wiped out Joey Hernandez in the first round, and in 2019 went to a disputed draw with Austin Trout in a fight most felt Gausha (21-1-1, 10 KO) deserved to win.

Lubin (22-1, 16 KO) had his own setback in 2017, when he was smashed in a round by Jermell Charlo, but the 24-year-old southpaw is still seen as a future star in the division, and will be the favorite on Saturday.

Gausha, though, thinks he can teach Lubin a lesson, and at the same time cement himself as a real contender at 154.

“This fight is a chance to send a message to all the other fighters at 154 pounds,” said Gausha. “I want to control every round against Lubin, and if I get him hurt, I’ll be looking to get him out of there. I’m planning to show the gap between us as fighters. He was the one to call for this fight, but anyone who plays with my name, I make sure to send for them.”

Gausha obviously has experience against good southpaws in Lara and Trout, and feels he’s made significant improvements over the last couple of years.

“I think I’m a lot more poised these days,” he said. “In the Trout fight, I pressed the fight in the beginning. I did some different things, and I showed that I can use my footwork. Lara was my first test with an elite southpaw, and then I had Trout in my last fight. So I’m even more prepared for Lubin after those fights. I’m just more relaxed in there and sure of myself.”

The winner will be in line for a shot at the winner of the Sept. 26 bout between Jermell Charlo and Jeison Rosario, which will be for the WBC, WBA, and IBF titles, and Gausha says he likes either matchup.

“I think the winner of Charlo vs Rosario would be perfect for me,” said Gausha. “I think I’d match up well with either one of them. They both like to stay busy in the ring, and I like my chances against that type of fighter.”