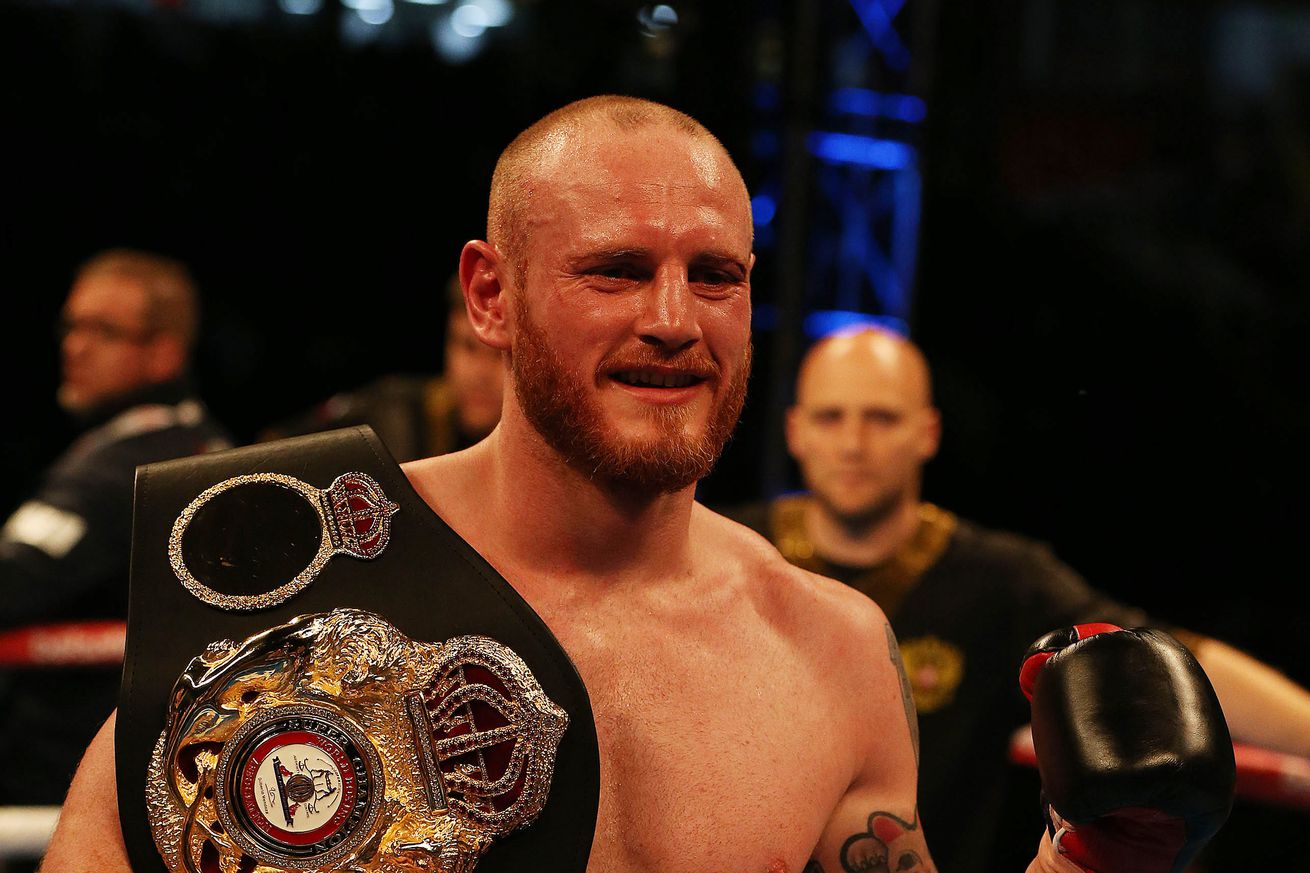 Saint George retired this week on his own terms, something seldom seen in our sport.

When the news broke on Monday that George Groves was retiring from boxing, a mix of emotions washed over me. Groves, now 30 years of age, has been one of the fighters that I have kept a closer eye on over the past decade, and through seeing the West Londoner achieve all that he wanted to in the sport, the overriding feeling is one of gratitude.

I hail from the same part of London as Groves, following the same football team. Although that’s where the similarities clearly end, the bias towards Groves in his career has always been hard to ignore. His professionalism and dedication, however, have always stood out as major catalysts to his success.

May 31st, 2014. It’s a night that will live long in the memory of British boxing fans. As I stood in the top tier of a sold-out Wembley Stadium, swaying from a bout of unavoidable vertigo, “Underdog” by indie band Kasabian broke the humdrum of anticipation swirling around the 80,000 fans as Groves appeared on top of a red London double-decker bus. As the challenger rolled into the stadium with a grin on his face, Groves’ appreciation of what he had created was apparent.

It was a spine-tingling moment. Hairs on the back of your neck stood on end as North London stood to attention at the entrance Saint George. It was a 50-50 crowd inside the stadium. London-based Groves had received a spike in fanbase following his performance six months prior in the highly contested opening fight against Carl Froch, but Nottingham’s Cobra still revelled in the loyal travelling support of his people; the Robin Hood comparisons end there.

As he strolled down the stairs of the bus to begin his lengthy ring walk, the music changed to ‘Spitfire’ by The Prodigy – the familiar sound of a Groves entrance – as it accompanied the challenger bounding towards the ring, via a raised platform where he was paraded in front of the masses. This was unchartered territory. It was the start of a real boxing boom in Britain in which many after would benefit from up until this very day.

In all honesty, this came out of nowhere. The first Froch-Groves fight was sold on the rivalry; a British grudge match between the master and the apprentice where something just worked. The recipe was right in the blend between North and South, young and old(er), champion and challenger, favourite and underdog. A stiff right hand that dropped Froch and a dominant opening six rounds were caveated by a burst of heart and energy by Froch in the, now infamous, ninth round in which referee Howard Foster stopped the fight to the bemusement of most of the Manchester crowd.

The narrative was set for the rematch and the story was there to be sold. Boy did they sell it.

To judge Groves’ career on his back-to-back losses to the Cobra would be merely scratching the surface. Wins against Kenny Anderson and amateur rival James DeGale were two of the best of his young career at the ages of 22 and 23; wins against Paul Smith and Glen Johnson followed in the run-up to the Froch double.

Two world title losses were followed by a third at the hands of an underrated Badou Jack in Las Vegas, in a fight where George was dropped early and fought heroically to lose a tight split decision. Questions surrounding Saint George on his credentials of climbing the peak of the super-middleweight mountain began to surface.

Groves’ hunger was also interrogated in 2016 following a points win over a tough Eduard Gutknecht. The German would slip into a coma after the fight and continues to struggle in rehabilitation to this day, with Groves often citing the impact that has had on his mentality inside the ring. Groves continues to speak of Eduard and is always open to ways to support the Gutknecht family.

Groves vowed to fight on, and his relationship with the then up-and-coming trainer Shane McGuigan would change the path of his career for the better. The world title came in 2017 in Sheffield as Groves pummeled Fedor Chudinov into a stoppage win to the adoration of the Brammel Lane fans; Groves and McGuigan had solved the Rubix cube of the 168-pound division and the future looked bright for a blossoming relationship in possession of the WBA crown. Speaking to Sky Sports after the fight, his respect for McGuigan was clear: “This is the end of a lifetime’s work. Shane McGuigan has resurrected my career. Now I’m mature enough to admit that. I feel like I’m the best in the division. I’m willing and ready to fight anyone.”

His remaining three fights would all come against Brits, and would all help to define Groves’ legacy. Wins against Jamie Cox and Chris Eubank Jnr in the World Boxing Super Series were followed by a loss to Callum Smith in the final, with a dislocated shoulder clearly impacting the champion going into the fight in Jeddah; Groves’ humility refused to cite the injury in defeat, but it was clear that his race had been run.

Groves did everything in his career on his own terms. He wasn’t nailed down to a promoter, to a TV deal or even to a specific trainer. His flexibility outside the ring – coupled with his savvy business brain – enabled him to pave his own way in the sport with impressive results; his only four losses came in world title fights, and at least two had asterisk’s attached.

He controlled one of the most spiteful jabs in the sport, with the outstretched left hand rocking many a tested chin inside the ropes. He was a clinical finisher and would always entertain by getting sucked into mini-wars. In many ways that was his biggest flaw. Standing square on and trading in fights saw him taste the canvas on a number of occasions.

Health, wealth and legacy. It’s rare that a fighter can retire in this sport with all three intact. Groves is certainly one. As he retires to his young family still enjoying the fruits of mega paydays, Groves will look back knowing he had little more to gain in the sport. He’s climbed the super-middle mountain and stayed at the top; a gruelling climb down over the next few years against uninspired opposition would taint the legacy he has worked so hard to gain.

George will go down as one of the best super-middles Britain has seen. He has been an inspiration for those who want to forge their own path in life, never giving up on their dreams.

Thanks for the memories.