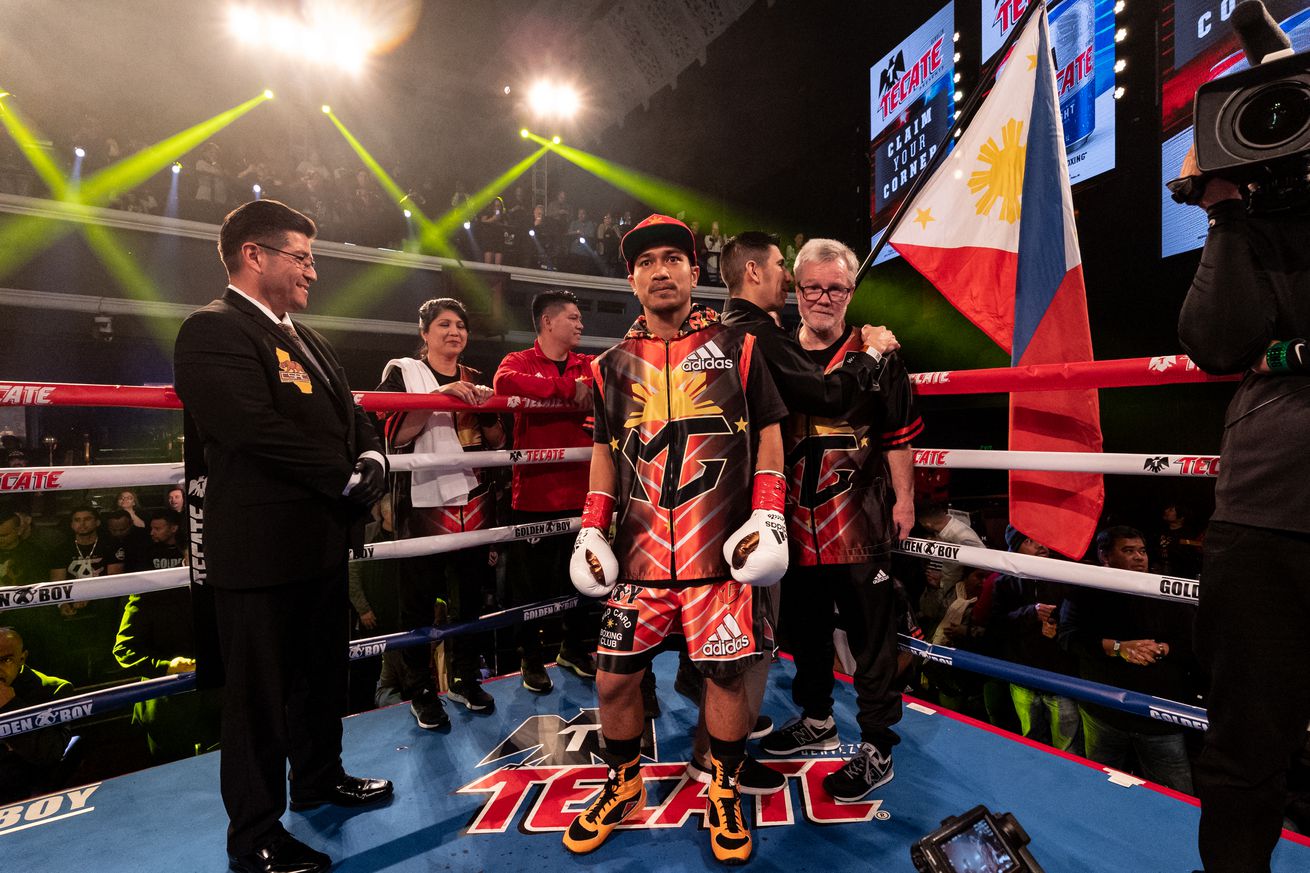 The fight was set to co-headline ahead of Vergil Ortiz Jr. vs. Samuel Vargas

DAZN just lost tomorrow’s co-feature. Golden Boy confirmed on Twitter that lightweight Mercito Gesta is out of his planned fight with Hector Tanajara due to food poisoning. As a result, Shane Mosley Jr. vs. Jeremy Ramos will serve as the new co-main event.

This marks two DAZN main or co-main events lost to non-COVID reasons in the past few days, following in the footsteps of Julio Cesar Martinez vs. McWilliams Arroyo.

Gesta (32-3-3, 17 KO) vs. Tanajara (19-0, 5 KO) looked like a solid crossroads fight between an okay veteran and a prospect with an ostensibly fast-approaching ceiling. It wasn’t, like, a a Fight of the Year in the making or even a bout with action potential, but it was arguably the most competitive matchmaking on the card. Both had been in consideration to face Ryan Garcia on July 4th before “Kingry” withdrew in response to a low purse.

With the weigh-ins completed and everyone on point, event will proceed with Vergil Ortiz vs. Samuel Vargas in the main event. The undercard notably features former interim flyweight champion Seniesa Estrada returning to 108 pounds against unbeaten Miranda Adkins