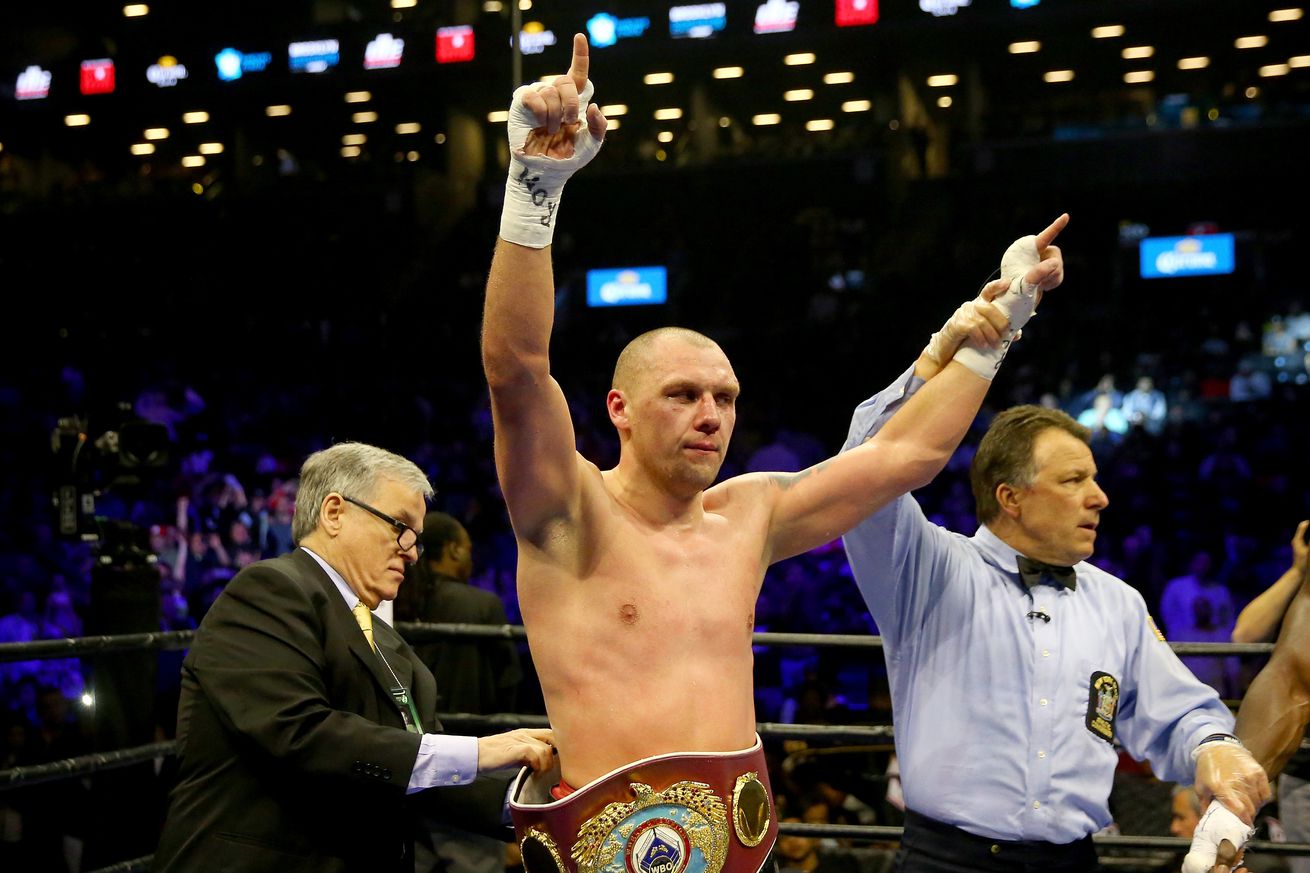 Glowacki won the interim title in the quarterfinals

Two full world titles will be on the line when Krzysztof Glowacki faces Mairis Briedis on June 15th in the World Boxing Super Series semifinal. It was reported yesterday that Oleksandr Usyk had been named WBC champion in recess, turning the fight between Glowacki and “diamond” champion Briedis into a vacant title fight, and the WBO today announced that interim champion Glowacki is now the regular champion due to Usyk’s move to heavyweight.

Usyk’s only remaining title is the IBF belt. Coincidentally, his top two contenders are fellow June 15th competitors Andrew Tabiti and Yuniel Dorticos; it wouldn’t surprise me at all if the IBF went ahead and made that belt vacant before fight night, leaving whoever won the tournament with three of the four major titles.

The odd belt out, the WBA “super” title, currently belongs to Dennis Lebedev, who was in talks to face Lawrence Okolie but will likely take on newly crowned “regular” champ Arsen Goulamirian at some point.