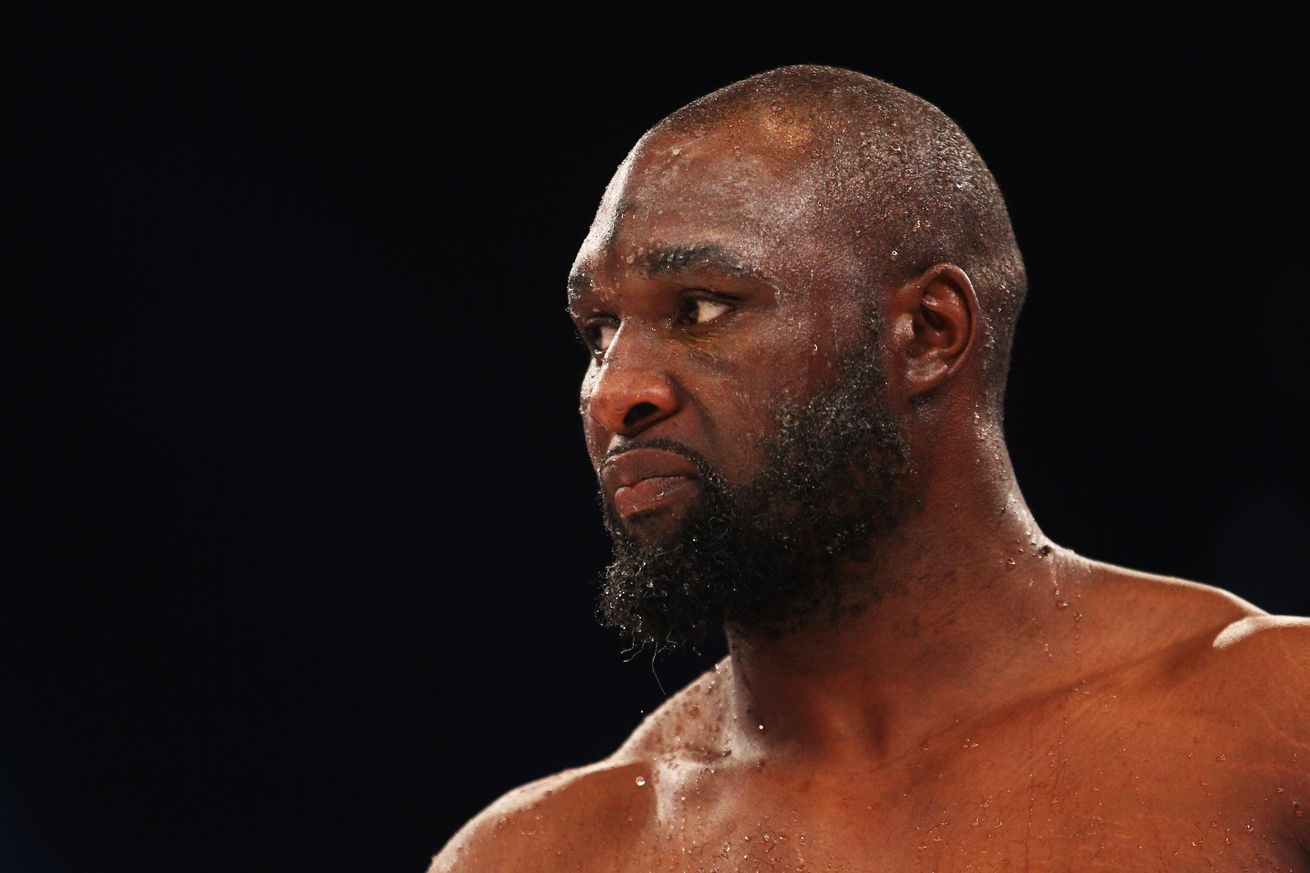 The aging heavyweight last fought on Sept. 11, and some want to help him stay out of the ring.

Heavyweight boxer Danny Williams is 47 years old, owner of a 54-29 record as a professional boxer. And there is a movement to make sure it stays that way.

The Londoner last fought on Sept. 11, and lost via second round TKO to Sergei Kharitonov, a 40-year-old Russian best known for his days in mixed martial arts.

The bout took place in Russia, and by now, Williams is well accustomed to traveling long miles to be the underdog, and often doing the return trip with another L tacked on to his record. The last few years, Williams has also jetted to the Czech Republic, Germany, Hungary, and Kazakhstan to ply his trade and make money to provide for his family.

That isn’t written with even a hint of snark, by the way. The older I get, the better I realize that it’s easy to opine that a fighter should exit the arena and find another way to make a living, but harder for them to do it. Just because they are in their 30s and fading, or 40s and well past their prime, people who’ve been fighting since they were teenagers have no magic wand solution to moving on from fighting.

There sure isn’t a setup which encourages pugilists to transition. In an ideal world, there sure would be, there would be well-funded programs to help combat sports participants secure employment and income after their fighting career comes to a close. But you may have noticed, this isn’t an ideal world we are living in. Not ever, and especially not now.

If you didn’t see the fight involving Williams — whose claim to fame is a 2004 win over an end of the line Mike Tyson — and Kharitonov, it started out strange. Williams had a thousand mile stare going as he stayed on his stool for much of the intro time to his bout. Was he conserving energy?

Kharitonov, for the record, possessed ample experience in boxing as an amateur, but went into MMA and kickboxing, fighting for high-end organizations like PRIDE, K-1, Strikeforce, and Bellator.

In the first, a cuffing left hook sent Williams stumbling back, and onto his butt. Kharitonov started goofing some, it looked like he maybe wanted to get more work in. The action sort of looked like sub-heavy sparring at times, with Kharitonov letting Williams out of a corner, backing up to the ring center, and proffering his glove, for a tap of respect. Several times in the first and then to start the second, the Russian landed decent body shots, with Williams so stationary, his torso wasn’t hard to find.

After Williams had an aggressive run, Kharitonov, backed to corner, landed a couple right uppercuts and hooks. The Brit took it badly; in a delayed reaction, he boozily wobbled backward. The ref studied him, took his time assessing, and then waved his arms, game over.

Three days after the loss, Williams, when contacted by newspapers, told them he was retired.

But a small movement formed to help Williams stay solid with his decision to hang up the gloves. Boxer/dental surgeon Arthif Daniel, a pro since 2014 with a 17-3 record, set up a GoFundMe to help the veteran Williams remain out of the ring.

“Danny is still fighting to fund his two girls’ educations,” Daniel told BLH. “This good guy called Thomas from New York Tweeted Lou DiBella and they mentioned it and talked about doing it and getting in touch with someone who knows him. It got brought to my attention by someone. I then liaised with Thomas and we set it up. And Lou was true to his word, supported it and was the first to donate.

“Danny is a man of pride, integrity and dignity and didn’t want this. He was and is embarrassed and humbled by the support and words he has received. But I told him that I didn’t want to hear anything from him, this was happening and that nobody wanted to see him step in the ring again for the preservation of his health and that this funding will be for his two girls so that he doesn’t fight again.”

As with most every subject, there has been chatter and back-and-forth about this move. Has Arthif, who is fixing to make his US fight debut soon, seen the barbs from people weighing in, saying that Williams is able bodied, and should just go out and get another job?

“I’ll be honest,” Daniel said. “I know social media is full of idiots and I never bother debating on there. The only time I said something was in Paulie Malignaggi’s defense, of people accusing him of not having donated and I said that he had done so privately.”

It’s interesting, I see less disgust than I’d expect, for the prevalence of fund raising efforts for people who fall between the cracks in America.

In America, the number of uninsured people rose by 1 million in 2019, according to a Census Bureau report, to 29.6 million, or 9.2 percent of people. If your income is very low, depending on where you live, you can apply for and receive state sponsored coverage. But as the costs of health care and insurance coverage have risen, while wages stay stagnant, many people find themselves at a loss when a catastrophic medical situation occurs. Insurers run the show in America, so a person/patient, and/or their family, can be quickly overwhelmed with medical bills. When Daniel Franco suffered severe head trauma in his 2017 fight with Jose Haro, you might recall their medical bills rose to over $2 million, according to Daniel’s father Al Franco. The GoFundMe started to help the Francos, whose family health insurance covered approximately 80% of the costs stemming from the brain trauma, accumulated $69,000 toward a $100,00 goal.

It is not rare at all to see a fund-raising campaign making the rounds on social media, to help a person or family with medical bills. One study put forth that over 500,000 go bankrupt annually in America, because their medical bills got too immense, or they lost their job because of a medical issue.

And now, maybe we are seeing a trendline uptick outside our borders. It does feel like the people have picked up some of the slack which austerity pushes, income inequality, and wage stagnation have wrought. And these GoFundMe efforts are to be celebrated, reminding us of man’s humanity toward man. But are we letting powers that be off the hook, reducing proper expectations for leaders, and taking on a charitable burden that actually shouldn’t need to be filled?

I had not before seen a fundraising campaign put together for a fighter in a bid to convince them to stop fighting. The “Support Danny Williams So He NEVER Fights Again” goal was £100,000, but the tally seems stuck at £780 as of now. I’d be expecting more of these GoFundMes, because in combat sports, the athletes are independent contractors, and they do not band together to bargain for collective financial betterment, and we don’t see the formation of vocational re-training for fighters coming ever. That is admirable, but also sad.