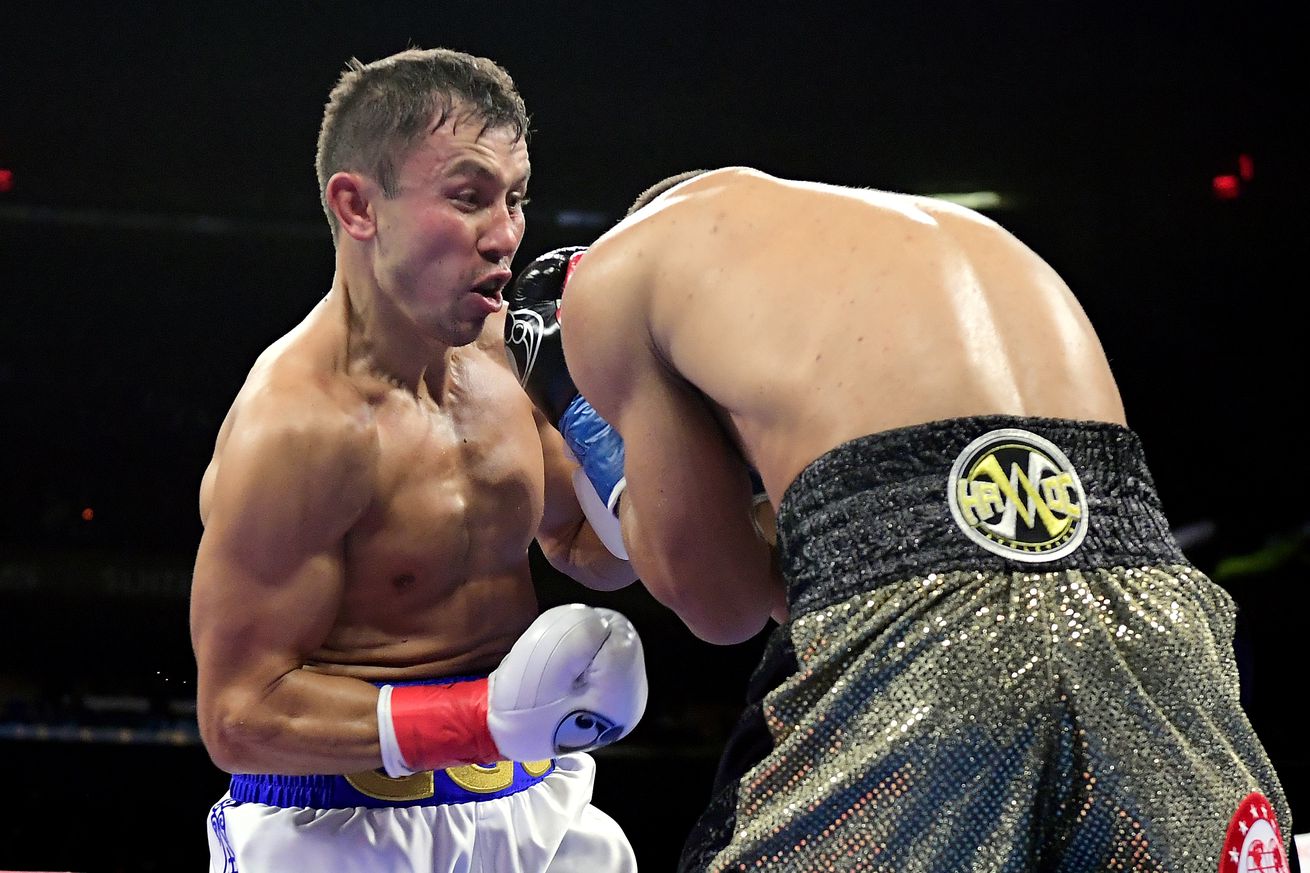 GGG’s mandatory defense might be coming at long last.

We’ve been waiting months and months now for Gennadiy Golovkin to finally make his mandatory IBF middleweight title defense against Kamil Szeremeta, and it may come next month.

Mike Coppinger of The Athletic reports that Golovkin-Szeremeta is “targeted” for either Friday, Dec. 18 or Saturday, Dec. 19 on DAZN, after which GGG would be free to search for a bigger fight. Coppinger says “marquee fights” could be in play for spring 2021, but — and this is not to nitpick Mike’s words, really — that may depend on what you believe to be a “marquee fight.”

With Canelo Alvarez out at Golden Boy and DAZN and officially a free agent, Golovkin’s much-desired trilogy fight with the Mexican superstar is probably down the drain. The two met in major events in 2017 and 2018, with a controversial draw the first time and a controversial Canelo decision win in the rematch. There are many who still believe Golovkin won both bouts, and a third fight would really be by far the biggest event either of them could get. But, again, that’s almost certainly out, unless Golovkin were to also get released by DAZN, or the streaming service allowed him to fight on another platform for that one.

Otherwise, you’re looking at guys like Demetrius Andrade, Callum Smith, or Billy Joe Saunders. The latter two would likely require GGG move up to 168 (Saunders could, in theory, come back down to 160). These are all good matchups if you’re a boxing fan, but hardly needle-movers past the diehards. Golovkin-Derevyanchenko last year was a good fight, but not a big event. That said, the Smith and Saunders fights could do well in the UK, particularly if Gennadiy would be willing to go over there to do either of them.

But that’s for later. The 38-year-old Golovkin (40-1-1, 35 KO) needs to get this mandatory out of the way first, and he’ll be an enormous favorite against Szeremeta (21-0, 5 KO), a 31-year-old Polish fighter and ex-European champ who on paper holds no advantages over GGG besides being younger. But it’s a fight that has to happen if Golovkin does not want to vacate his belt, which he does not.