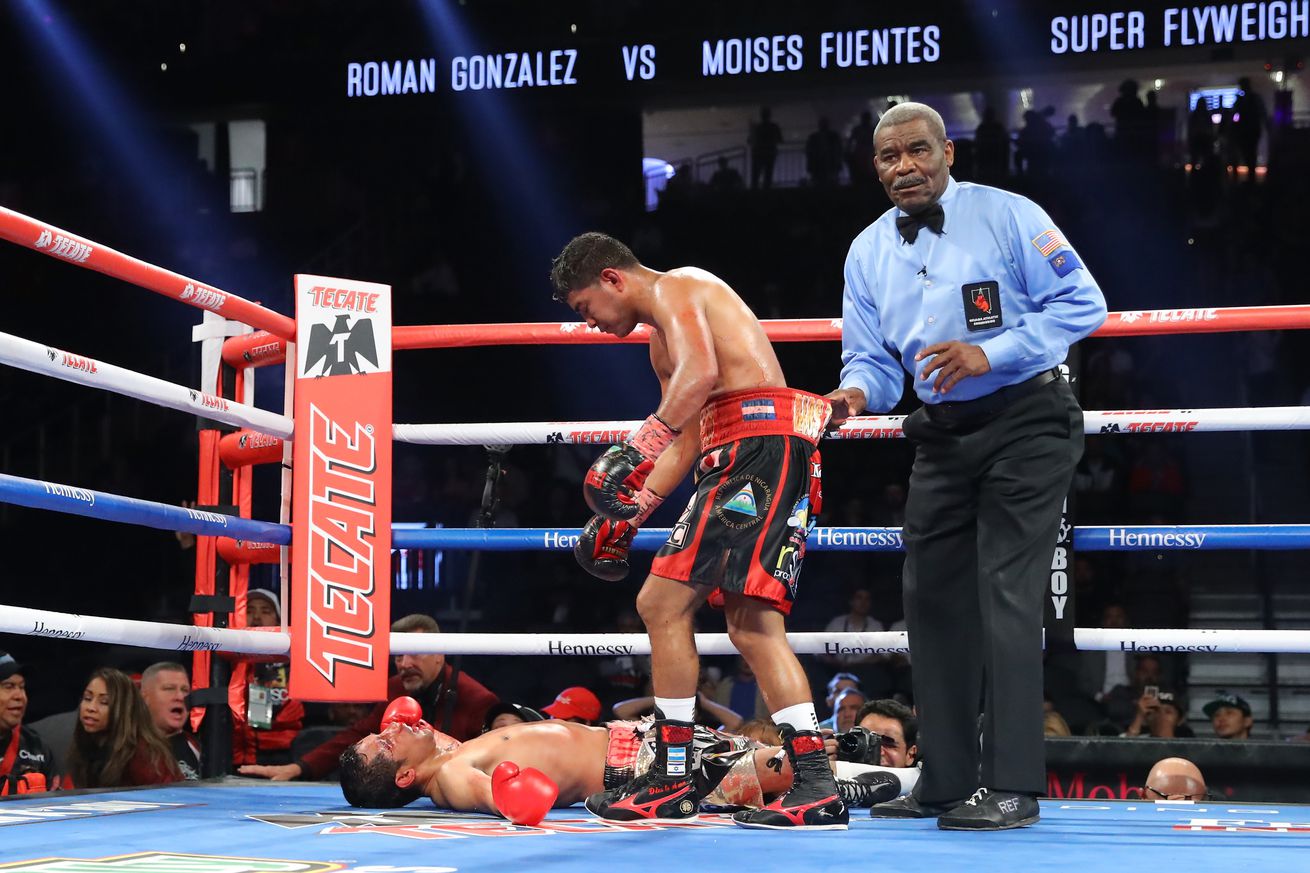 Gonzalez has not fought since September of last year

Gonzalez (47-2, 39 KO) had an extremely strong claim to being the greatest fighter alive during the mid-10’s, not only beating but destroying some of the best competition the lower weight classes had to offer. Though he managed to claim a super flyweight title with a hard-fought win over Carlos Cuadras in 2016, becoming the first fighter to ever win titles in all four of the lightest divisions, a controversial loss to Srisaket Sor Rungvisai knocked him from his throne. The brutal KO loss in the rematch knocked him all the way out of the public’s eye, and he’s foght just once in the last two years.

Diocos (14-5-3, 4 KO) is there to get his ass beat. He’s been in there with (read: lost to) the likes of Daigo Higa and unbeaten up-and-comers Mirco Martin and Hayate Kaji, falling to the latter just last month, but ostensibly has little to offer even a fraction of Gonzalez’s best.

The card features Ryota Murata vs. Steven Butler in the main event, plus Ken Shiro against late replacement Randy Petalcorin and Moruti Mthalane against Akira Yaegashi.