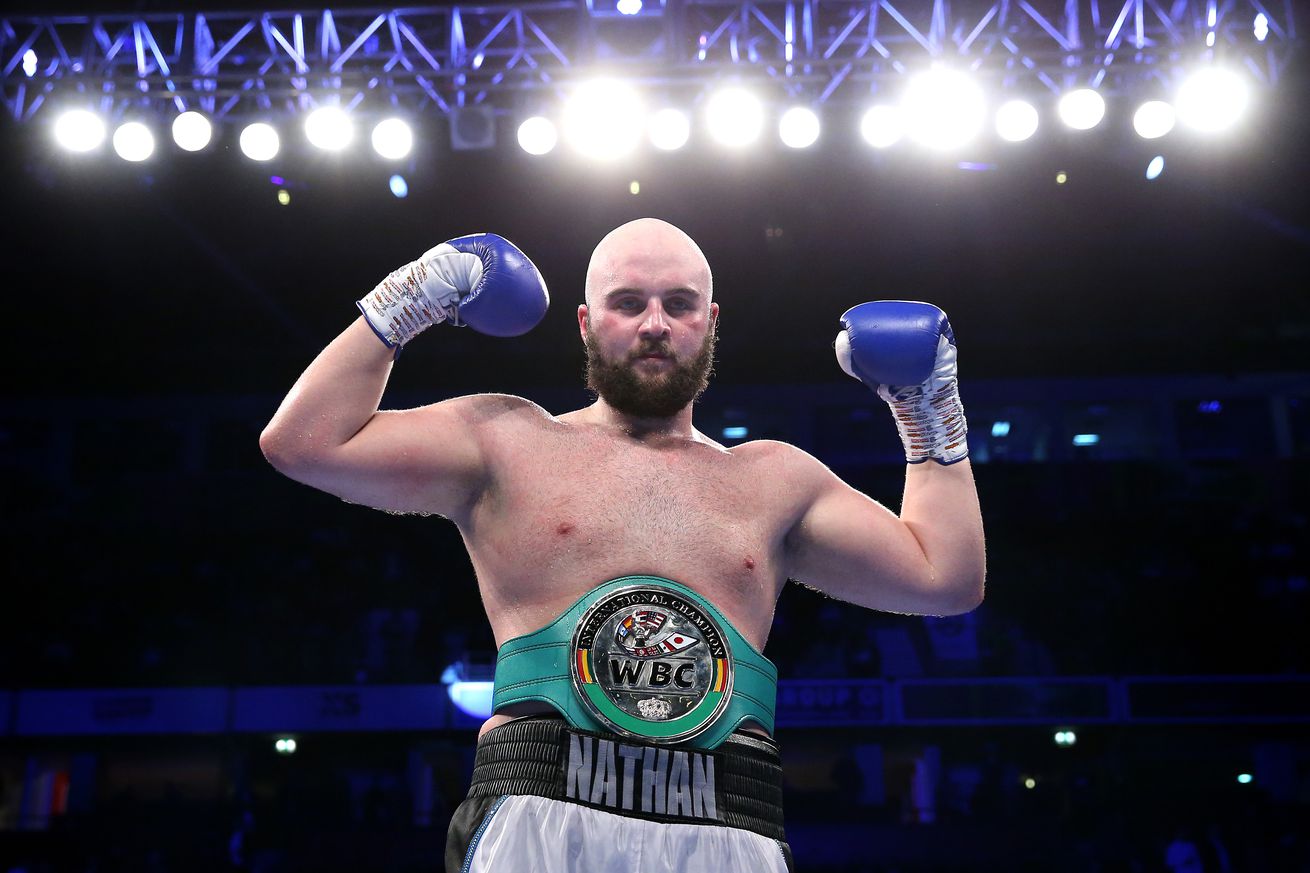 The heavyweight rivals meet July 13 for the vacant British title.

Heavyweight prospects Daniel Dubois and Nathan Gorman are set to meet July 13 at London’s O2 Arena for the vacant British heavyweight title, one of the more intriguing and potentially interesting fights currently on the boxing schedule.

Gorman (16-0, 11 KO) is a 22-year-old from Nantwich, and while he hasn’t had quite the promotional push of London’s 21-year-old Dubois (11-0, 10 KO) so far, he’s proven a legit prospect with wide decision wins over veterans Razvan Cojanu and Kevin Johnson in his last two outings.

Gorman and Dubois have sparred together in the past, and Gorman has said he pretty much always got the better of it. He also says he and Dubois simply don’t like one another — it’s not a raging hate like we saw sold to the public between Deontay Wilder and Dominic Breazeale, but a rivalry.

“I don’t believe it will go to points, I really don’t,” Gorman says. “We’re rivals, he doesn’t like me and I don’t like him and we are going to get down to business. I think we will just get in the middle of the ring and throw bombs. He hasn’t got the style to jab and move and I want to punch his head in.”

Dubois has fought twice this year, knocking out the aforementioned Cojanu at Royal Albert Hall on March 8, and then stopping Richard Lartey in four on April 27 at Wembley Arena.

The undercard will feature another heavyweight, Joe Joyce, who might face Bryant Jennings, plus returns for Liam Williams, Sunny Edwards, and Archie Sharp, among others. ESPN+ will air the show in the US.