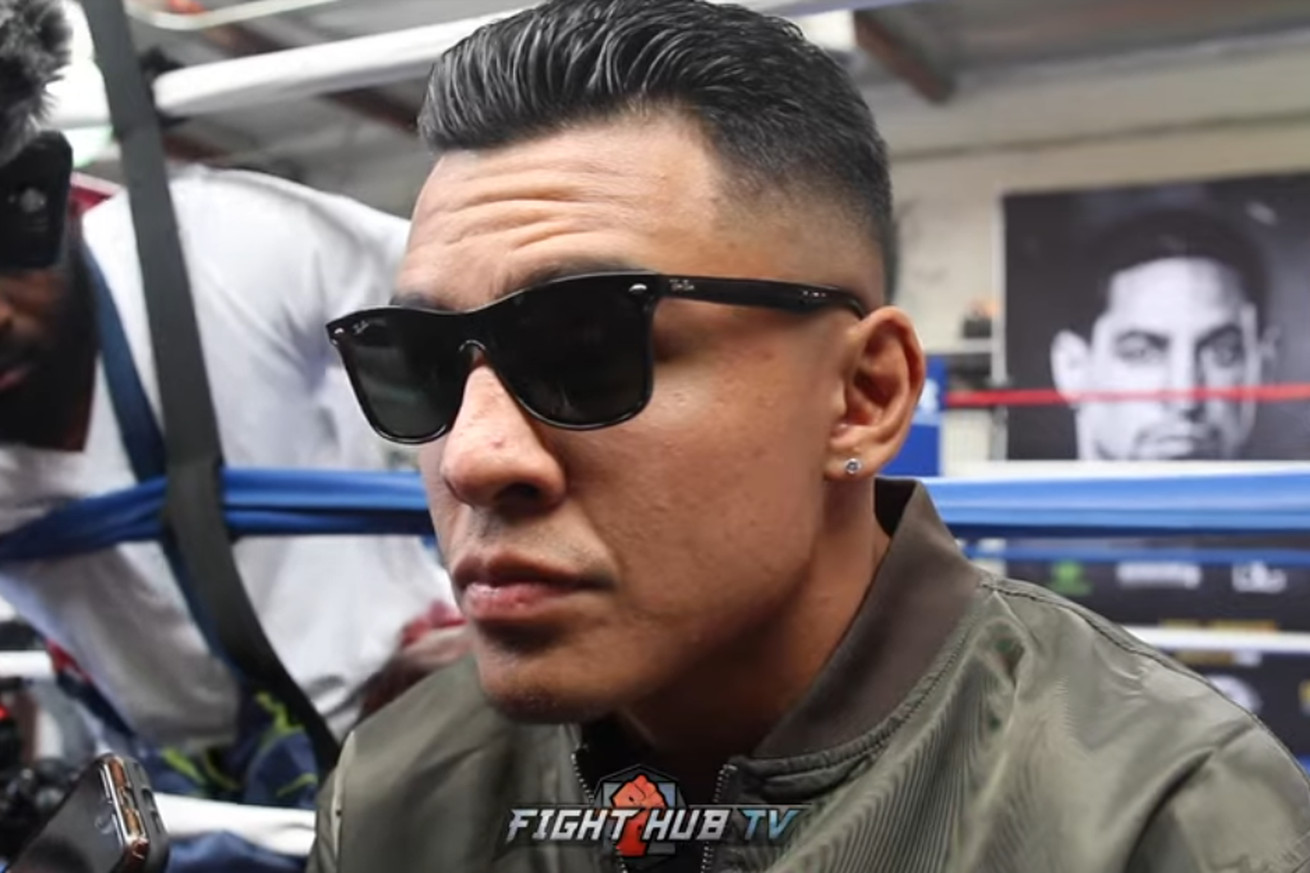 Adrian Granados is looking to finally pull the upset he’s been close to on numerous occasions.

Welterweight Adrian Granados (20-6-2, 14 KO) has had a lot of close calls and tough losses in his career, but he’s known as a fighter who pushes everyone. On Saturday, he faces Danny Garcia (34-2, 20 KO) in the PBC on FOX main event.

On his fight with Danny Garcia

“I think it’s a classic in the making. I think we’re gonna put on a hell of a show. I feel great. We closed off camp just right, and I’m ready to rock n’ roll for Saturday.”

On the challenges with Garcia

“I have everything against me. I gotta go out there and dominate and try to take the fight away from him. Danny Garcia is a hell of a fighter. There’s a reason he’s a big name in boxing. This is a great opportunity for me, and this opportunity I’m gonna cash out on.”

On Shawn Porter saying Granados was a tougher fight than Garcia

“I wasn’t (surprised). I’ve watched both fights, and in my fight he was running for survival towards the end. I know he knew I figured him out. I beat him at his own game. He did what he had to do to escape from me. I feel like he had a lot of help from the referee, as well. This fight, I gotta take it out of the referee’s and out of the judges hands, and that’s what I’m gonna do Saturday night.”

On Garcia being desperate to get back to big fights

“I don’t think he’s looking past me, but I know he has bigger plans beyond me. I’m here to interrupt those plans. I’ve got my own plans, and this is an opportunity that can catapult me to where I feel like I belong and where I should have been. This fight means a lot to me. It’s a must-win situation for me.”

On fighting for his fans in Chicago

“I’m gonna be representing Chicago to the fullest. You’ll be seeing me rock Chicago colors. We need some positivity to come out of our city that is just plagued with gun violence and controversy. I was raised on the south side and trained on the west side, which are both dangerous places in Chicago. I kinda want to show that if you stay focused and disciplined to what you want, anything can happen.”

“I give all the credit to my mom and pops. They worked so hard to get me on the right path and get me into the right school. I got involved in sports and never looked back. It helped me. I always stayed focus on my studies and sports. The temptation was there, the streets, all my friends fell into that. It was kinda, like, examples for me of what not to do. I stayed out of trouble, but it still hit me. I was attacked by a gang after I’d gotten out of high school and everything. I stuck true to myself and true to who I am, and now I’m in a place where a lot of people I know are looking up to me in Chicago. I get so much love. Getting this win would just show anything is possible.”

On looking for a war at the former StubHub

On why Garcia has lost the fights he lost

“He got outworked and didn’t do enough. I’m definitely a pressure fighter, so I know that’s why a lot of people are looking forward to this fight. I bring the intangibles that will give Danny a lot of problems. … Style-wise (I have an advantage), and aside from that I believe the intangibles they don’t know that I can do in the ring — I think a lot of people show me as a (one-dimensional) fighter, and I’m definitely gonna show that I’m not this Saturday.”

On if Garcia sees him as a stepping stone

“Not at all. I believe he seen me like that at first, but now I think he gets that I’m here for business. I think he knows that I’m not here to lay down for nobody.”