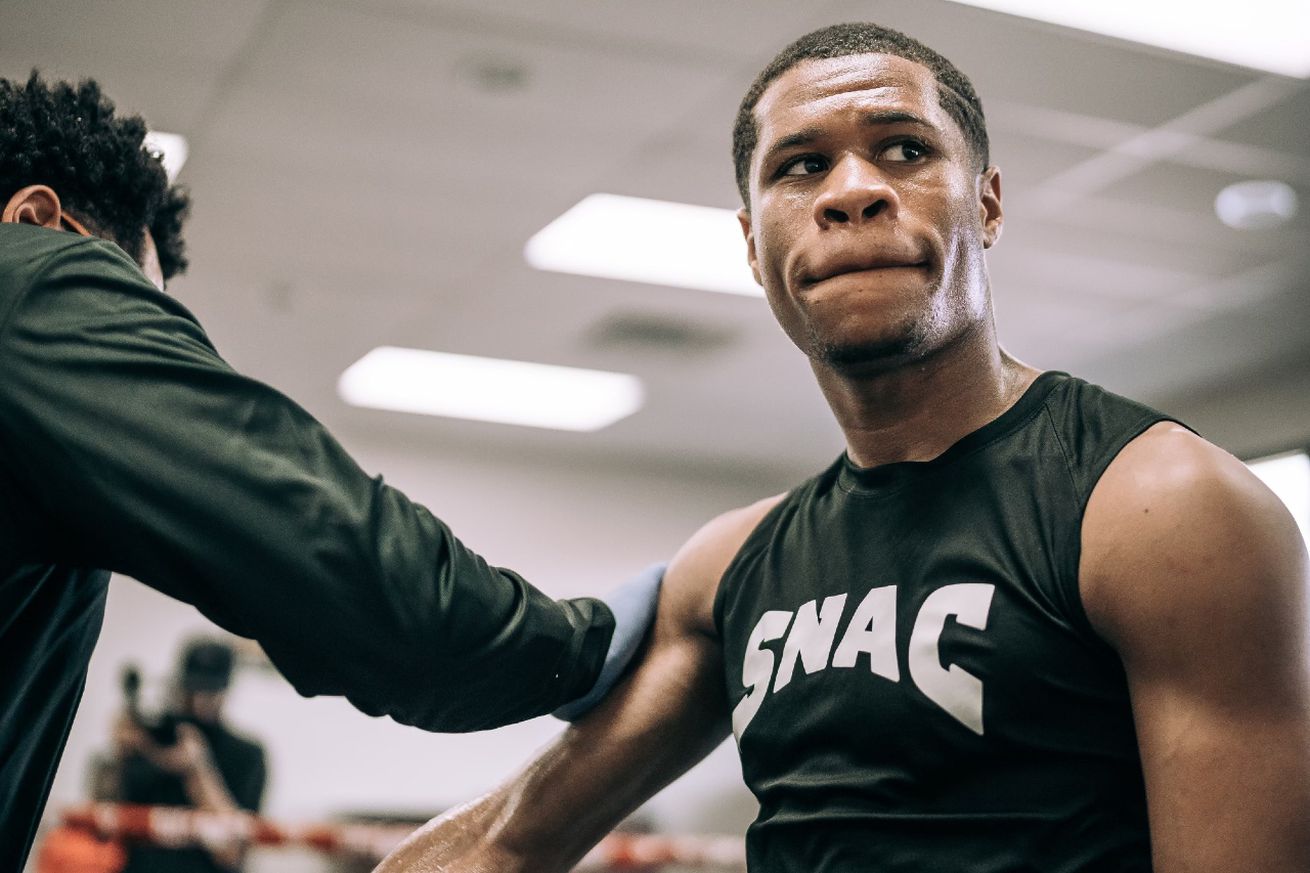 Devin Haney wants to be the first billionaire in boxing.

WBC lightweight titlist Devin Haney will return to the ring on Saturday, Nov. 7, facing Yuriorkis Gamboa in a main event that will stream live on DAZN.

The 21-year-old Haney (24-0, 15 KO) is positioned to be one of boxing’s key players going forward, as young fighters begin to possibly take over the sport from the fading old guard once again.

Haney has been in camp in Las Vegas, and shared some thoughts ahead of next week’s fight.

On his recent training camp in Las Vegas:

“I stay in the gym, I basically live in the gym, so once camp begins, I put my all into training. I do not want to be outworked, and I am driven by those around me. I am extremely focused right now. I’m going to be the face of boxing.”

On returning after his shoulder injury:

“No athlete wants to ever be injured. I took the time I needed to, listened to the doctors, and let my body rest. One good thing from the social distancing and stay-at-home orders was it occurred during the time I was recovering so I was able to be fully rested once the gyms reopened. I am now 100% and better than ever, you will see on fight night.”

How to Watch Haney vs Gamboa

On his matchup with Yuriorkis Gamboa:

“Gamboa has done a lot in the sport, and the fact that he gave a lot of fighters tough fights, says a lot about him. I want to prove a point in this bout that a lot of people are not mentioning my name amongst the best in the world, and I am looking to change that by putting forth a performance against Gamboa that no one has ever seen before. I respect Gamboa as a fighter, but in the ring, I will have no respect for him at all. In the ring he is my enemy.

On what a spectacular win means for his career:

“Obviously, a win gives me my second world title defense which is very important to me. Title defenses shows a lot about what kind of fighter you really are. I don’t care how you won it or who you won it from, can you defend the world title against all challengers? That’s what I represent as a throwback champion. You can have a strategy to get there but when you become a champion you become a target. Tank Davis, Teofimo Lopez, and Ryan Garcia are all great potential opponents for me. I’d rather fight sooner than later but they have to feel the same way about me. I have a goal to be the first billionaire boxer, and to do that I have to put forth billion-dollar performances. That’s exactly what I’m going to do on November 7th in (Hollywood, Florida).”