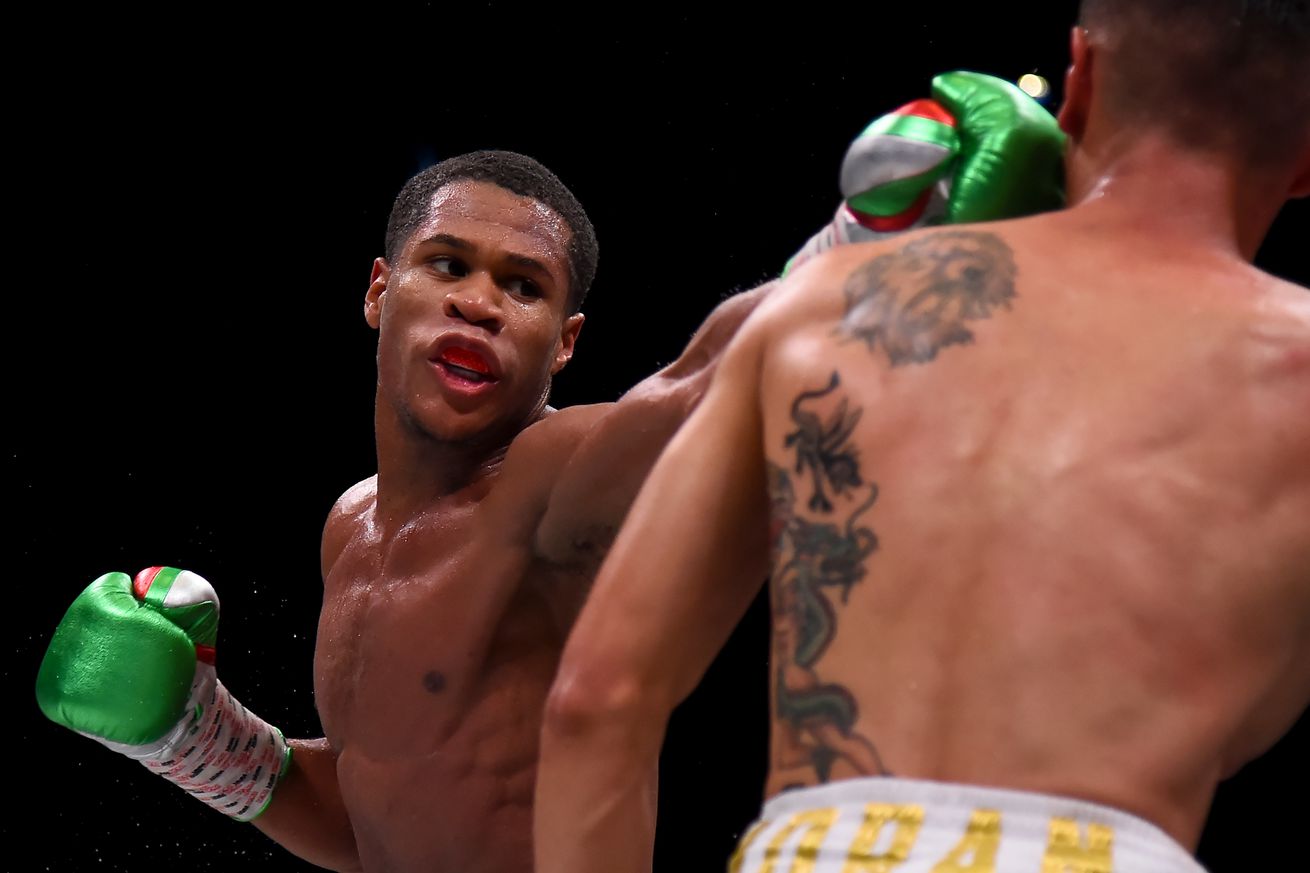 Devin Haney continues to do his best to sell his November fight with the faded ex-titlist.

The official announcement that Devin Haney would defend his WBC lightweight title on Nov. 7 against Yuriorkis Gamboa has not been met with much anticipation or excitement from anyone who doesn’t run social media accounts for Matchroom Boxing or DAZN, and frankly, it seems like Haney has heard and read the criticism, from fans and media alike.

The 21-year-old Haney (24-0, 15 KO) went on the offensive once already, saying that Gamboa is “a tough guy,” and that “a lot of people don’t understand that. And he’s sticking with that, which he should, because he has a fight to try to sell to the public.

“People will say this fight is easy, but it is not. Gamboa is a former world champion who has nothing to lose and the shot of a lifetime,” said Haney. “I have to be in the best shape of my life and put on a vintage Devin Haney performance to let my fans know that I never left. I’m on a quest to be the best fighter in boxing.”

Playing devil’s advocate for the moment, let’s give Gamboa (30-3, 18 KO) some respect, because he deserves that. He is a former featherweight titlist, and once was expected to be one of boxing’s brightest starts for years. He had phenomenal skills as a featherweight, and was exciting to watch because he was vulnerable, too; so confident in his lightning hand speed and flashy power, Gamboa would sometimes forget defense and get cracked. But he was resilient, too.

But after splitting with Top Rank in a terrible career move that he thought involved Floyd Mayweather but only ended up involving Curtis “50 Cent” Jackson, who found himself obscenely in over his head in the boxing business, Gamboa’s career has languished.

That move was nine years ago, and the best performance Gamboa’s had since was a loss in a lightweight title fight against Terence Crawford. And that fight was over six years ago. Gamboa was beaten so badly by Robinson Castellanos in 2017 that people thought he was done then, but to his credit he did win four straight — two of them pretty debatable, mind you — before rupturing his Achilles and getting stopped in 12 by Gervonta Davis last year.

It was clear long ago that Gamboa, now 38, is not really a lightweight. His natural ability and athleticism has helped him out some, but that has faded pretty badly at this point, too, as it will when you get to be his age, with a lot of stop-and-start periods over the last near-decade.

Gamboa absolutely is still a tough man. You don’t fight Tank Davis on a ruptured Achilles for 10 rounds if you aren’t. Gamboa does still deserve respect, because he truly is a fighter.

But he is not a legitimate world title contender. Not at 135 pounds, not at age 38. And this is also his first fight back since rupturing the Achilles. How will he respond to that injury and the recovery at his age, against a very talented young fighter?

Haney, mind you, is coming off of an injury of his own. He underwent shoulder surgery early this year after an injury suffered in his Nov. 2019 win over Alfredo Santiago, and he says that’s made him a better fighter.

“It takes a lot to come back from an injury and still have the same belief in yourself,” said Haney. “The hurdles are mental and they’re not always apparent, they lurk beneath the surface and appear in training when you don’t expect them. I faced them and conquered them, and now am a better fighter for it.”

That’s believable for Haney, who is a young man in a young man’s game. Gamboa is an old man in a young man’s game, fighting two classes over his best weight, against the caliber of opponent — at least on paper — that he hasn’t beaten since at least 2011, when he defeated Daniel Ponce De Leon, and frankly, if Haney is everything he’s supposed to be, he’s arguably the second-best fighter Gamboa’s ever faced, after Terence Crawford, with respect to Orlando Salido.

I’ve said this before, but it’s all well and good that Haney isn’t looking past Gamboa. He can’t afford to do that, he’s the fighter, the one in there that Gamboa is going to be throwing hands at and looking to knock out. But it’s a tough sell for everyone else to think we’re going to tune in for a competitive main event on Nov. 7.