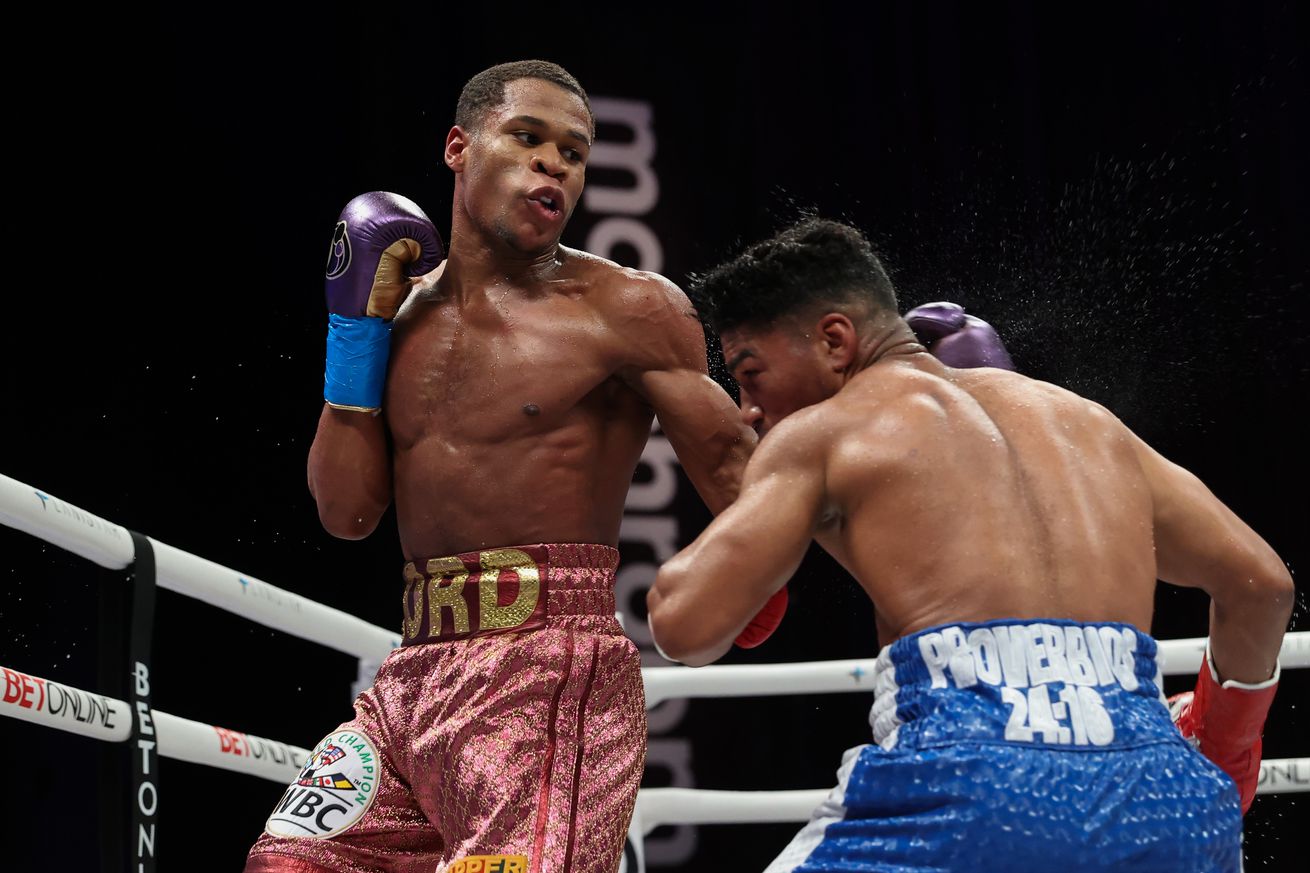 There is more online chatter in the lightweight division, which is everyone’s favorite.

Devin Haney’s Saturday night WBC title defense against Yuriorkis Gamboa has received mixed reviews from fans and critics and those in boxing, too, including potential lightweight rival Gervonta “Tank” Davis, who was one of the first out of the gate to Tweet a reaction to Haney’s performance.

Haney (25-0, 15 KO), if you missed it, won virtually every round with little trouble against the faded and under-sized Gamboa (30-4, 18 KO), and probably has to accept some of the blame for the reaction, not even so much for a safe and easy sort of performance, but for talking up how badly he was going to destroy Gamboa in the pre-fight build, and then coming nowhere close to delivering what he advertised.

pretty spectacular KO of Leo Santa Cruz the week before, and having stopped Gamboa in 12 about 11 months ago — even if, people forget, Davis wasn’t exactly earning rave reviews for that performance, either — he has his room to talk. But Haney is also free to respond, and did:

Haney also pointed out, as many of his online defense brigade have, that Gamboa hit Davis a lot more than he did Haney:

But Davis, of course, had his own response:

This is a marvelous debate centered largely on two underwhelming performances, and maybe we should give Yuriorkis Gamboa some credit for being a tough veteran who can survive in the ring well past his best years and well over his best weight. Or maybe neither of them should have fought Gamboa in the first place. Who’s to say, really!