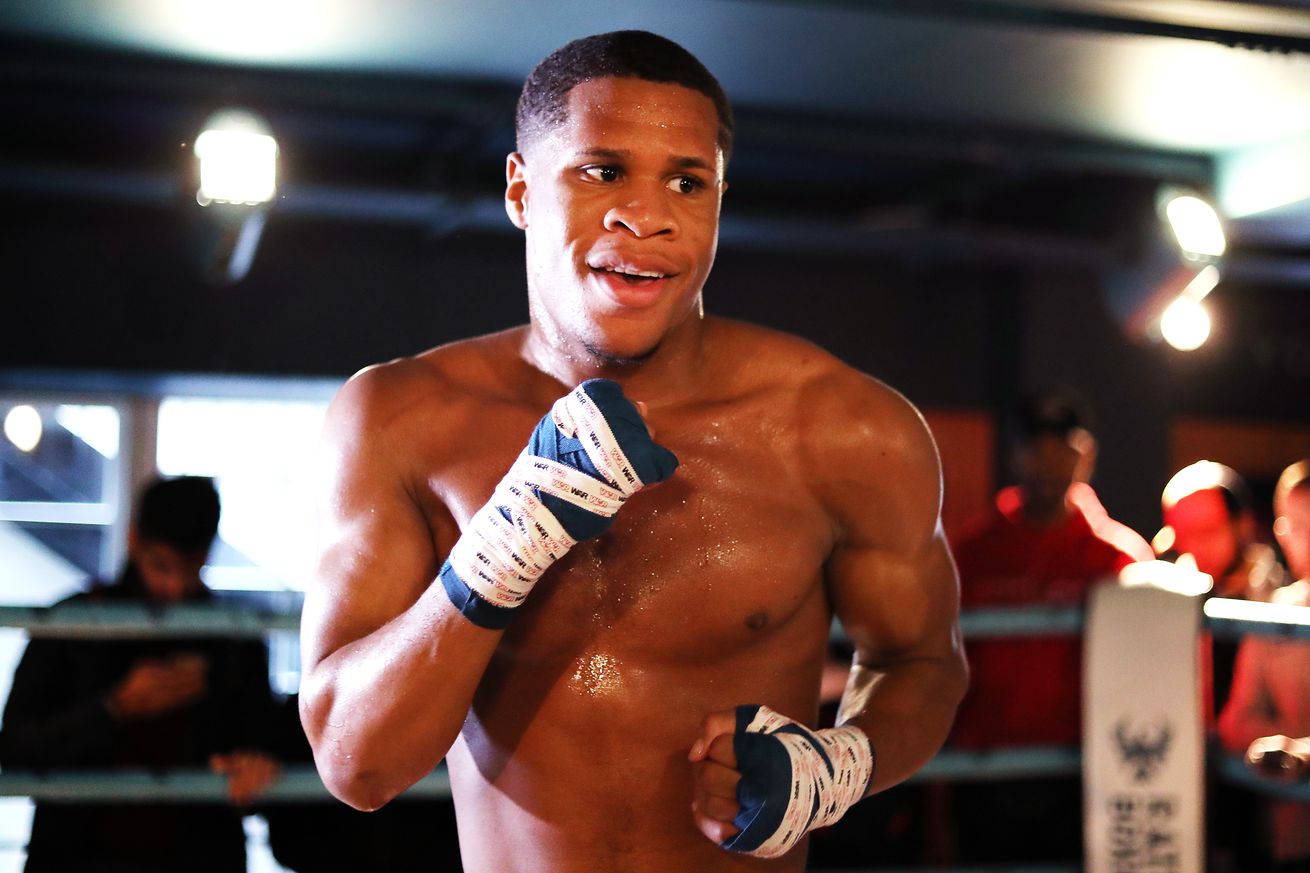 Haney has not fought since November of last year.

Matchroom’s Eddie Hearn provided a number of updates to ESPN earlier today; in addition to confirming that Luke Campbell vs. Ryan Garcia remains a work in progress and that he’s still looking to pit Roman Gonzalez against Juan Francisco Estrada despite earlier reports, he claims that WBC lightweight champion Devin Haney will return to action in either the “last week of September, or the first week of October,” potentially against Yuriorkis Gamboa.

Haney (24-0, 15 KO) hasn’t stepped into the ring since a November decision over Alfredo Santiago, after which he underwent shoulder surgery. He was initially supposed to face the winner of Luke Campbell vs. Javier Fortuna for the belt upon his return, but was instead reinstated and given a voluntary defense. Campbell will now presumably face Garcia for the interim belt while Fortuna fights Jorge Linares in what should be but probably isn’t an eliminator.

Gamboa (30-3, 18 KO) is, well, Gamboa, an aging ex-dynamo whose once-awe-inspiring athletic gifts faded years ago. Him challenging for a world title immediately after a one-sided loss to Gervonta Davis is garbage.