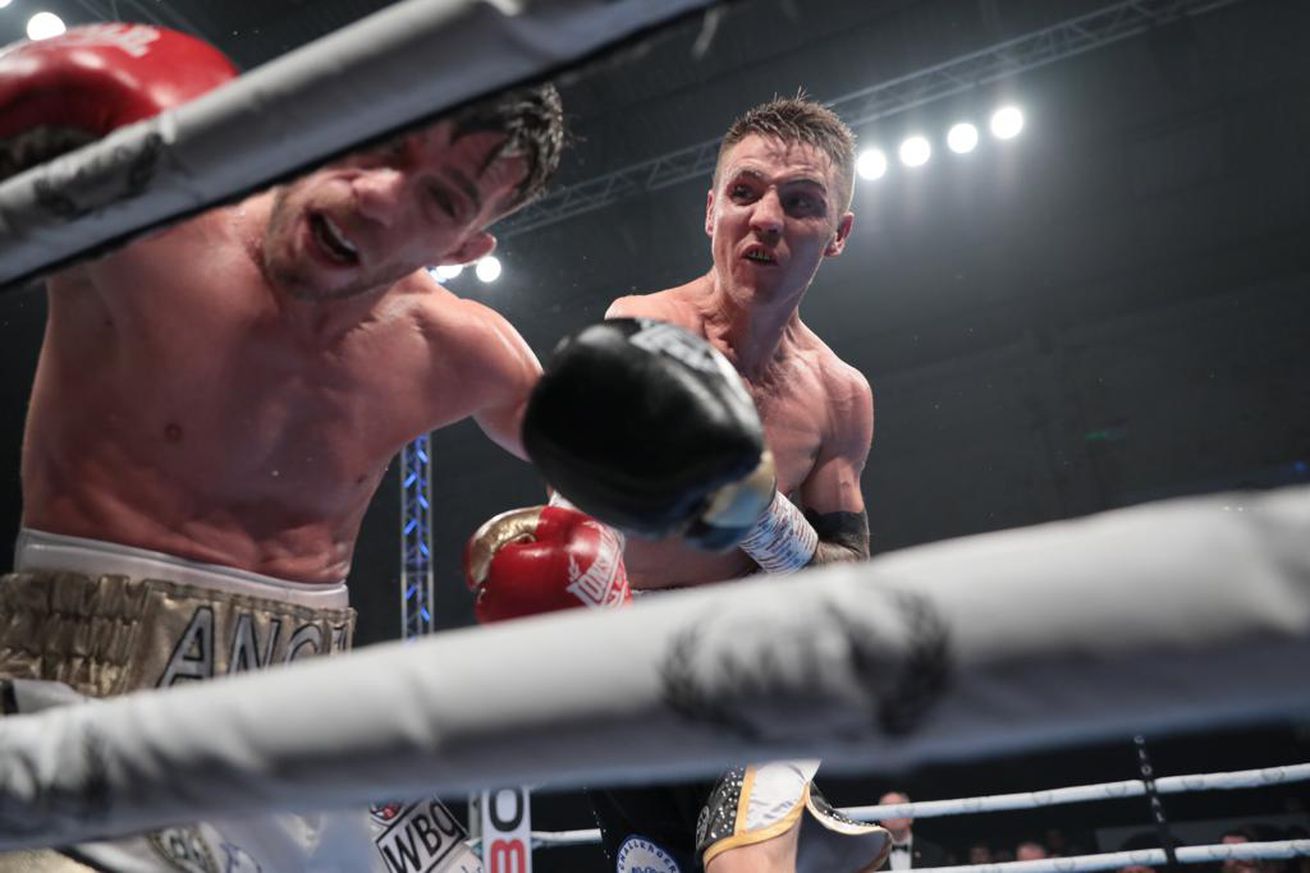 For Moreno (19-4-2, 6 KO), it’s a second straight setback, after he was beaten in a WBC title bid against Charlie Edwards on March 23 in London. Moreno, 35, had also failed in his previous attempt to win the European title back in 2016, losing a decision to Thomas Masson in France. He’s now 0-4 in his career outside of Spain.

Harris (16-0, 8 KO) may not be ready for world level just yet based on this win, but he’s not far off. At 28, he’s probably about as close to a finished product as he can be, and the only step from European level is the world stage, so we may see him take his shot sooner than later.

Robinson (6-0, 2 KO) is the 24-year-old son of former WBO featherweight titleholder Steve Robinson, who won that belt in 1993 and defended seven times before losing to Naseem Hamed in 1995. Robinson showed sort of the typical style you see of a lot of recent UK second generation fighters — a lot of confidence that borders on arrogance, easily able to handle a journeyman like Aguilar (16-60-5, 6 KO), but you have to wonder what his upside really is.

This was the first fight in 22 months for Turarov (23-0, 16 KO), a 28-year-old Kazakh welterweight, and he didn’t get to show much or even shake a lot of rust. Ghana’s Djarbeng (29-4-1, 23 KO) may have a prettier record, but there were surely plenty of British journeymen around who might have gone more than two rounds before complaining of some stomach issue and quitting in the corner. The loss is Djarbeng’s first since 2015, when he was stopped in three by Jeff Horn, and also the first time since then that he fought someone who can fight. Anyway, Turarov is back quickly on July 6 in Nur-Sultan, which airs on ESPN+.

Zaurbek (7-0, 5 KO) is a 23-year-old super featherweight prospect from Kazakhstan, now based in the UK. He last fought in Dubai on April 5, also on ESPN+, and looked better there than he did here, which is not to say he looked bad here, but this was really kind of glorified sparring. Gonzalez (10-16-5, 7 KO) is a Nicaraguan based in Spain and a tough little guy, gave it a good effort but was outclassed. The stoppage was the result of two bad cuts leaving Gonzalez, 31, bloody as hell, and the referee stopped it with 16 seconds left in the fight. He probably could’ve let Gonzalez finish, and Gonzalez wanted to finish, but whatever — 80-72 or TKO-8, Zaurbek was gonna win. Zaurbek will be back on July 6 in Kazakhstan, which will also air on ESPN+.