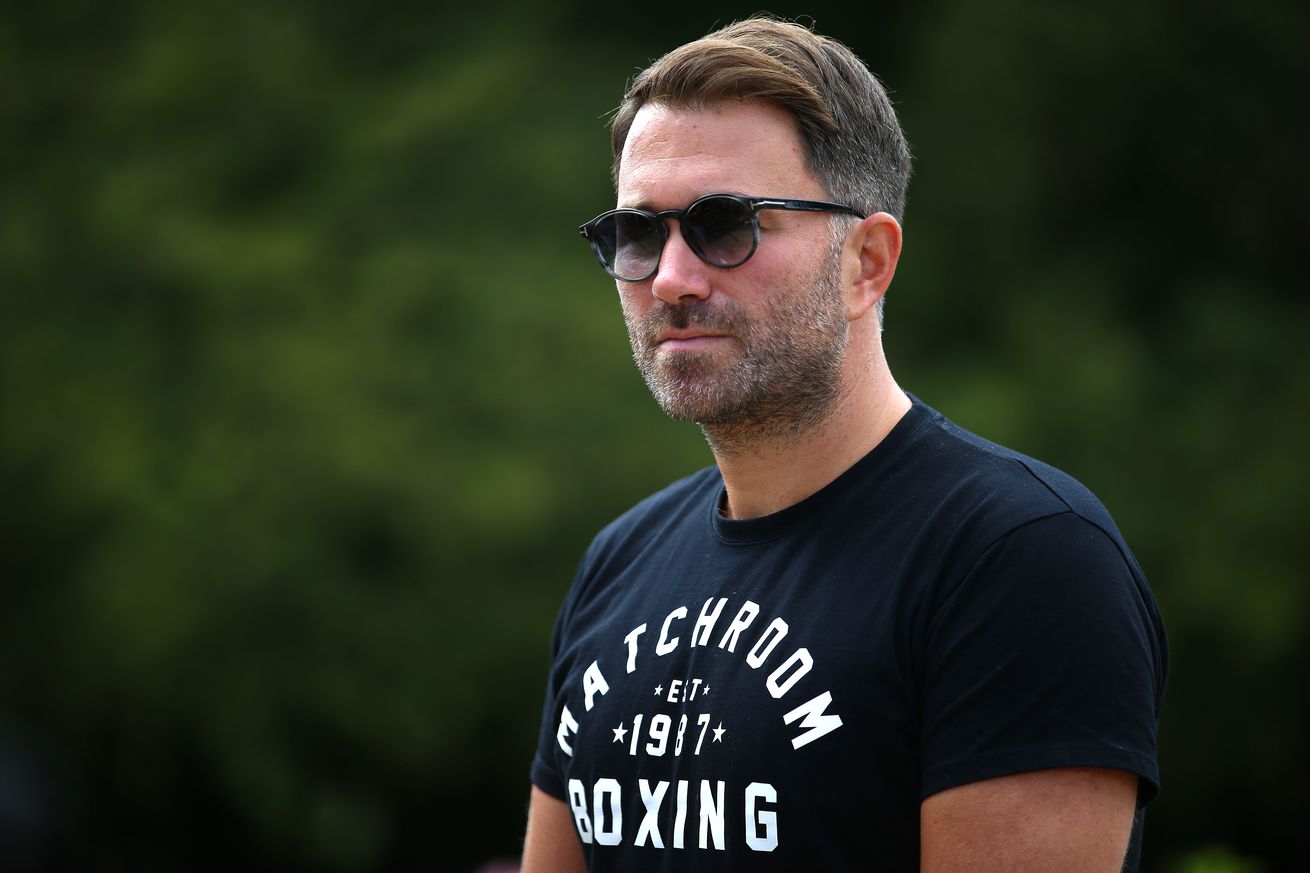 The Matchroom promoter answers questions during a live stream.

During this live stream captured by Fight Hype, Matchroom promoter Eddie Hearn fields some fan questions about some of his fighters and matches he’s targeting, including one middleweight unification between Jermall Charlo and Demetrius Andrade. Check out some excerpts below…

On Jermall Charlo potentially facing one of his middleweights:

“For me, the fight to make is Andrade against Charlo. I saw Charlo’s tweet last night, saying whatever it was saying, he wants to unify like his brother. There is an easy fight to be made there, Charlo against Andrade. People say Andrade don’t fight these guys — no one wants to fight him but he’s a world champion ready to unify. So Andrade against Charlo, yes please.”

On if there’s a set date for Anthony Joshua vs Kubrat Pulev:

“Yes, it will be December 12th, we’re just getting that over the line. Hopefully you’ll get an announcement next week.”

“No, I don’t think so. No, I think Usyk’s the favorite in that fight but I think Chisora can beat him.”

On the rumored fight between Logan Paul and Floyd Mayweather: