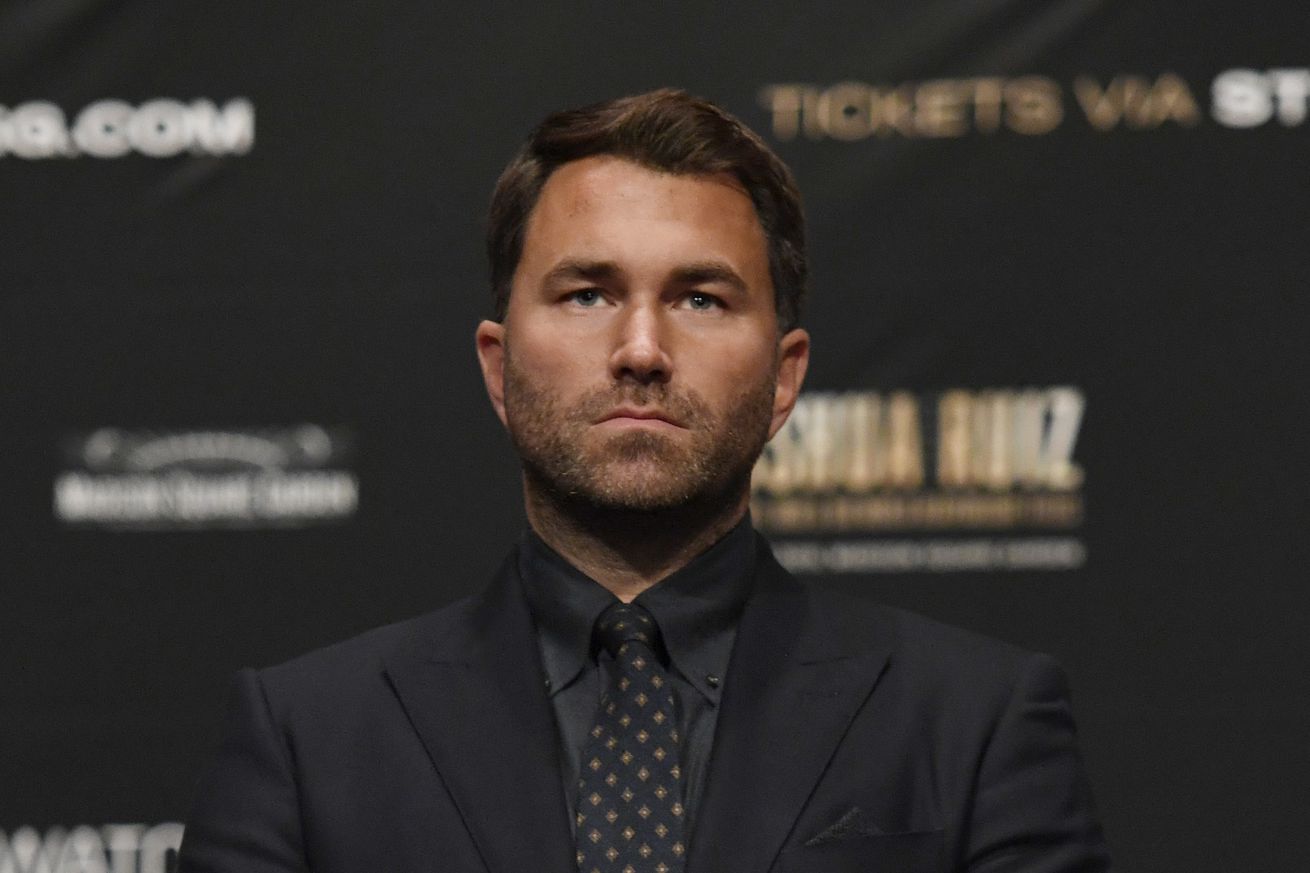 The Matchroom promoter is confident that all the belts will still be in Andy Ruiz Jr’s grasp if/when the rematch takes place.

When talking about what’s next for Andy Ruiz Jr, the guess is he will rematch Anthony Joshua, who has a rematch clause and probably will use it.

But some have wondered — and rightly so, given what we know about these blood-suckers — whether or not one or more of the sanctioning bodies involved (WBA, IBF, and WBO) might fool around and strip Ruiz of a title for not fighting a mandatory.

We saw it happen a few years ago when Tyson Fury upset Wladimir Klitschko, had a rematch clause with Klitschko, and the IBF pretty much immediately stripped Fury for not fighting his mandatory.

“The rematch takes precedence over the belts,” Hearn said at the post-fight press conference. “The next mandatory is the WBO, and I’ve already spoken to Paco Valcarcel, who would have no issues with the rematch.

Ruiz (33-1, 22 KO) will hopefully get the chance to defend all the belts he won, as Hearn expects. He won them, he deserves that opportunity.