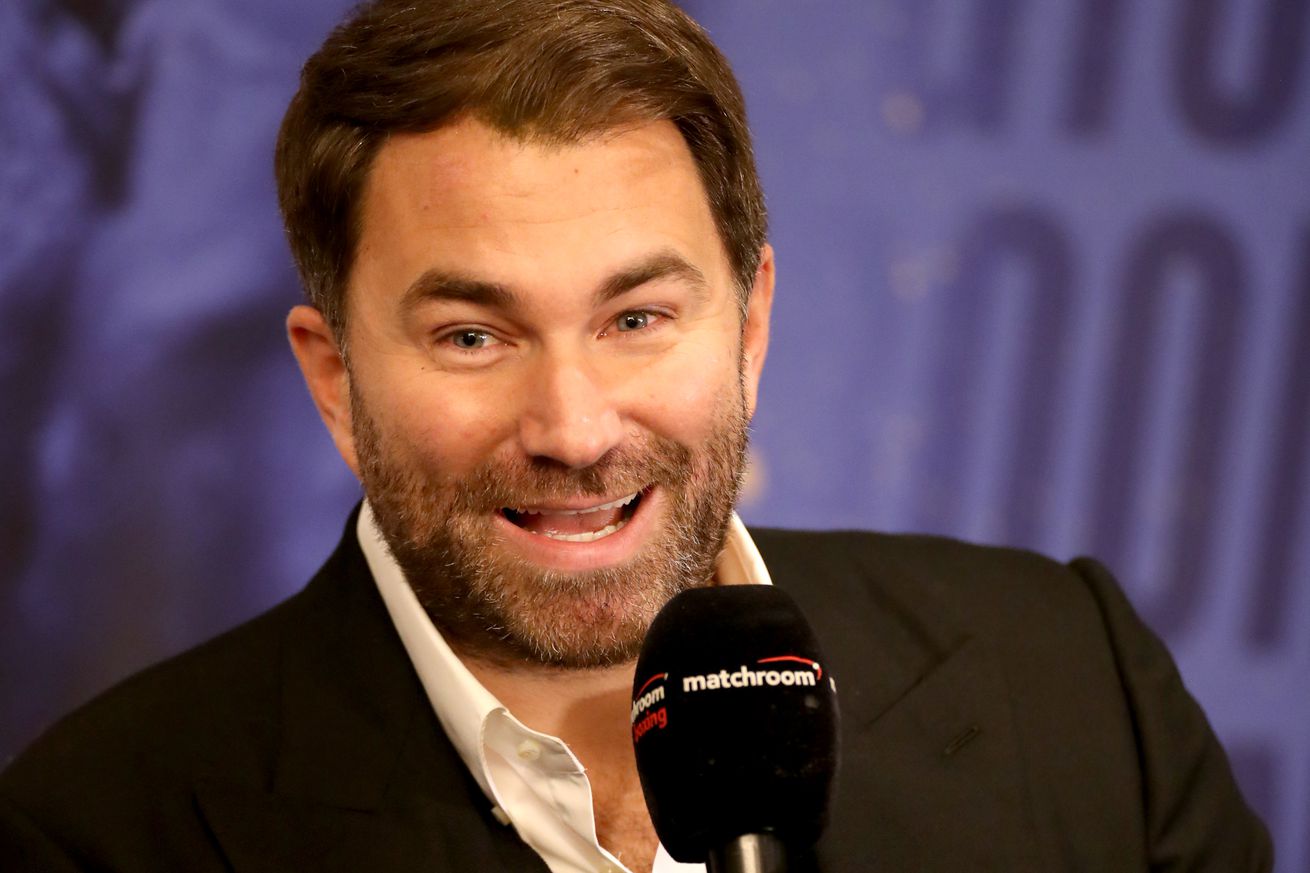 Hearn has a vision of a boxing ring that transforms into a cage in order to have both sports on the same card.

Matchroom promoter Eddie Hearn has been fleshing out his idea for a crossover card that would feature boxers and MMA fighters competing in each other’s disciplines (prompted by the whole Dillian Whyte-Francis Ngannou thing). So with Hearn discussing what he has in mind, the British promoter shared these thought:

“I thought maybe me and Dana [White] could put this night together where you got a ring that also transforms into a cage between match-ups. So you got crossover fights, but you’ve got a MMA fighter against a boxer in the ring, and you’ve got a boxer fighting an MMA fighter in the cage.”

I feel like I’ve seen these scenarios play out in the past, in both iterations, and the result is always what you’d expect. Apparently there’s some demand for this sort of thing though, so we’ll see if it gains any traction.