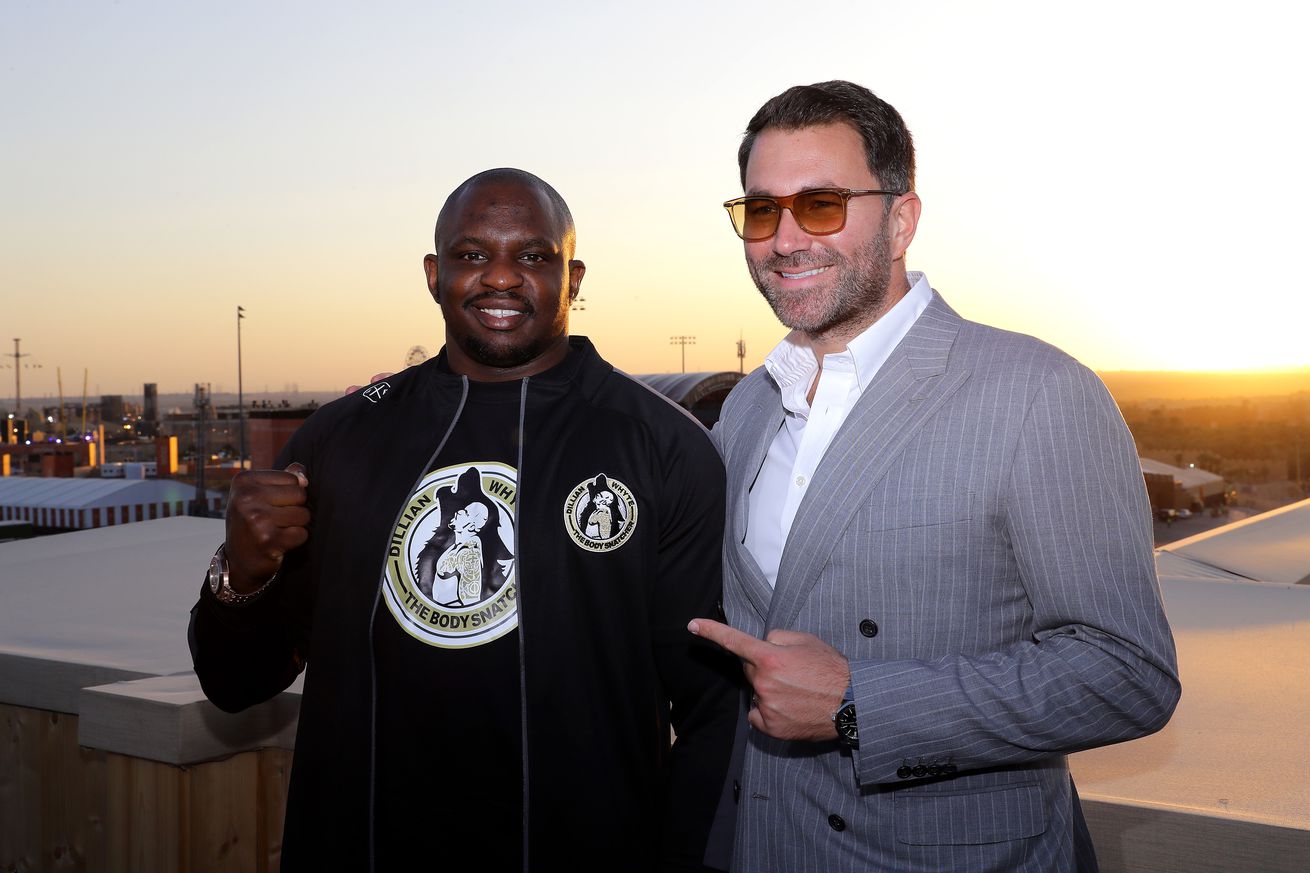 With Alexander Povetkin out, it’s a long shot, but it’s been thrown into the wind.

With Alexander Povetkin out of his scheduled Nov. 21 rematch against Dillian Whyte after being hospitalized for COVID-19, the current plan is, to be clear, for the two to meet instead on Jan. 30.

But Matchroom promoter Eddie Hearn is at least throwing out a bigger idea for Dillian Whyte:

And while we’re at it, David Haye is throwing out the idea of a third fight between Whyte and Derek Chisora to take place on Nov. 21:

Whyte (27-2, 18 KO) has no good reason to fight Chisora, in all honesty, after what would be three weeks off Chisora following his Oct. 31 loss to Oleksandr Usyk. Whyte has beaten Chisora twice already. For what it’s worth, Chisora is also willing, because of course he is, he’s Chisora:

Ignoring the Whyte-Chisora 3 idea, let’s pivot back to Hearn’s Fury-Whyte Tweet. That would take place on Dec. 5, for the sake of argument, as that’s when Fury intends to return to action.

Does Fury have a good reason to fight Whyte? Not really, in all honesty. Whyte is coming off of a loss to Povetkin in August, and while he’s still a more dangerous opponent than, say, Agit Kabayel, who may actually get the fight, that just means boxing fans would want to see it more (or you’d think, anyway), not so much that it makes the fight more attractive to Fury. It’s not like they’re going to fill an arena or a stadium by doing Fury-Whyte instead of Fury-Kabayel or Fury-Carlos Takam or whatever, so what’s the upside?

So no, don’t expect it to happen. Hearn clearly doesn’t really expect it as he’s got an announced idea of when Povetkin-Whyte 2 will be rescheduled. But Hearn chucked it out there, and I guess if anyone is enough of a wild card to do something unexpected, it would be Tyson Fury.