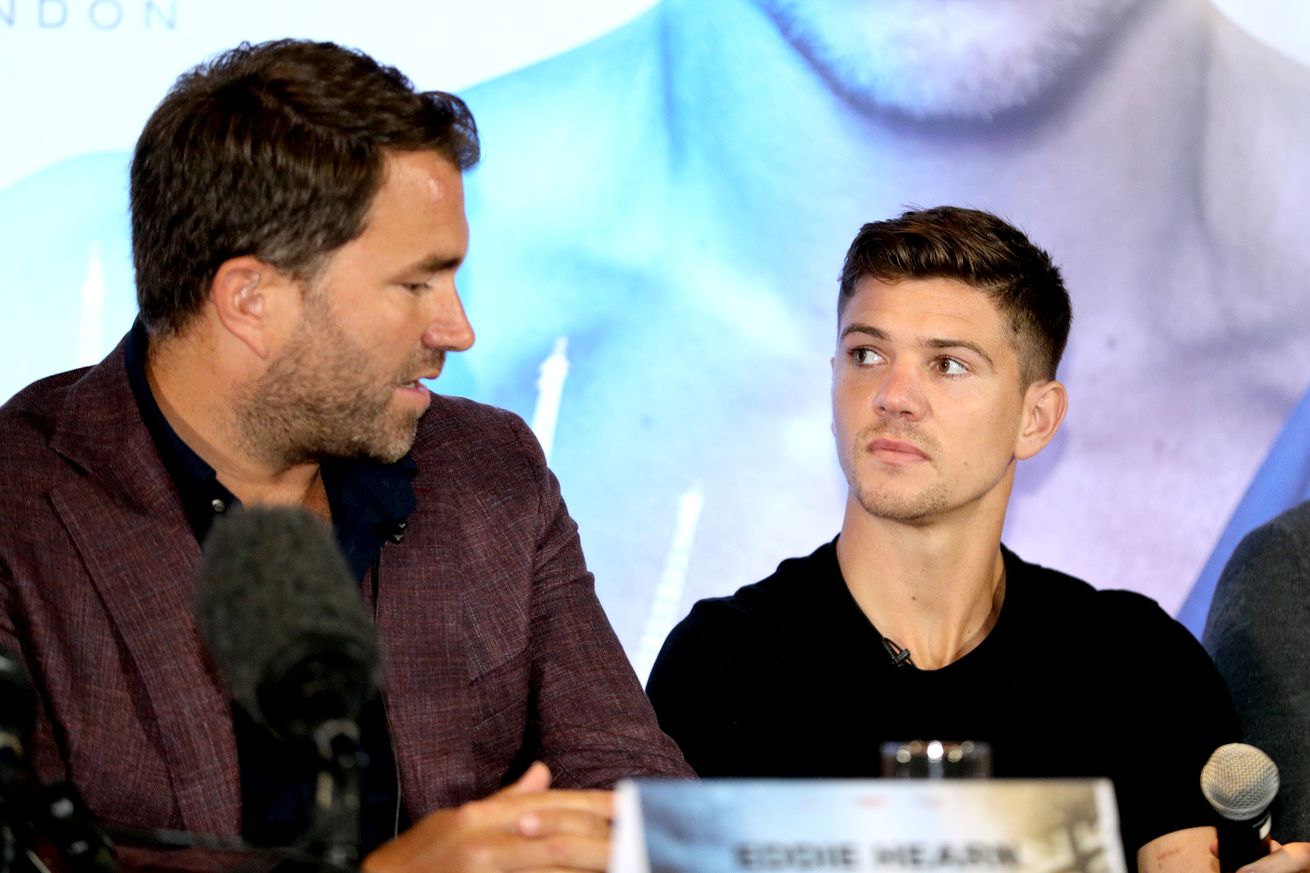 The Matchroom promoter thinks the veteran will be too much for the young gun in November.

With Ryan Garcia and Luke Campbell nearing a finalized deal for a WBC-ordered November fight for an interim lightweight title, there’s been plenty of chatter about what really is an unusually compelling matchup on paper, pitting a cocky, highly-touted young prospect against a veteran former title challenger and Olympic gold medalist.

Is it too big a step up for Garcia? Ryan himself doesn’t think so, of course, as he expects to beat Campbell easily. But Matchroom promoter Eddie Hearn thinks the 22-year-old American and his team have made a bad call in getting in with the British standout, who turns 33 this month.

“I don’t think he beats Luke Campbell. I think this is a terrible, terrible decision by them,” Hearn said. “But maybe it’s a genius decision. We’ll find out in November. It’s a brilliant fight and I’m excited for it, because I really want Luke to win that fight.

“He’s probably the lightweight that’s been thrown into the toughest challenges to try and win a world title, this one, of course, for the interim title. He had to go to Los Angeles and fight Jorge Linares. I felt he could’ve nicked that fight, even with a knockdown. His father passed away, like, two weeks before that fight. Then he boxed Vasiliy Lomachenko, and now he’s fighting Ryan Garcia in LA. So you have to give Luke Campbell a huge amount of credit and respect.”

Hearn publicly backing Campbell (20-3, 16 KO) is what he would do, of course, as he is Campbell’s promoter and not Garcia’s. But he’s hardly the only person who feels Garcia (20-0, 17 KO) may be getting in over his head, and he’s got his reasons, and so do others.

“I really believe that he’s actually coming into his prime now. He’s starting to believe in himself, [trainer] Shane McGuigan is doing a great job, and I think this is a terrible time for Ryan Garcia,” Hearn added.

But Hearn doesn’t want to totally discount Garcia, either. For one thing, that’d be a poor way to sell a fight, and part of the intrigue of this fight is that if Garcia is everything he’s cracked up to be, this is an opportunity to silence doubters and prove he’s a legitimate top-tier lightweight right now.

“If he’s as good as he looks or as good as they say he might be, maybe he beats Luke Campbell,” Hearn acknowledged. “But I don’t believe he does.”