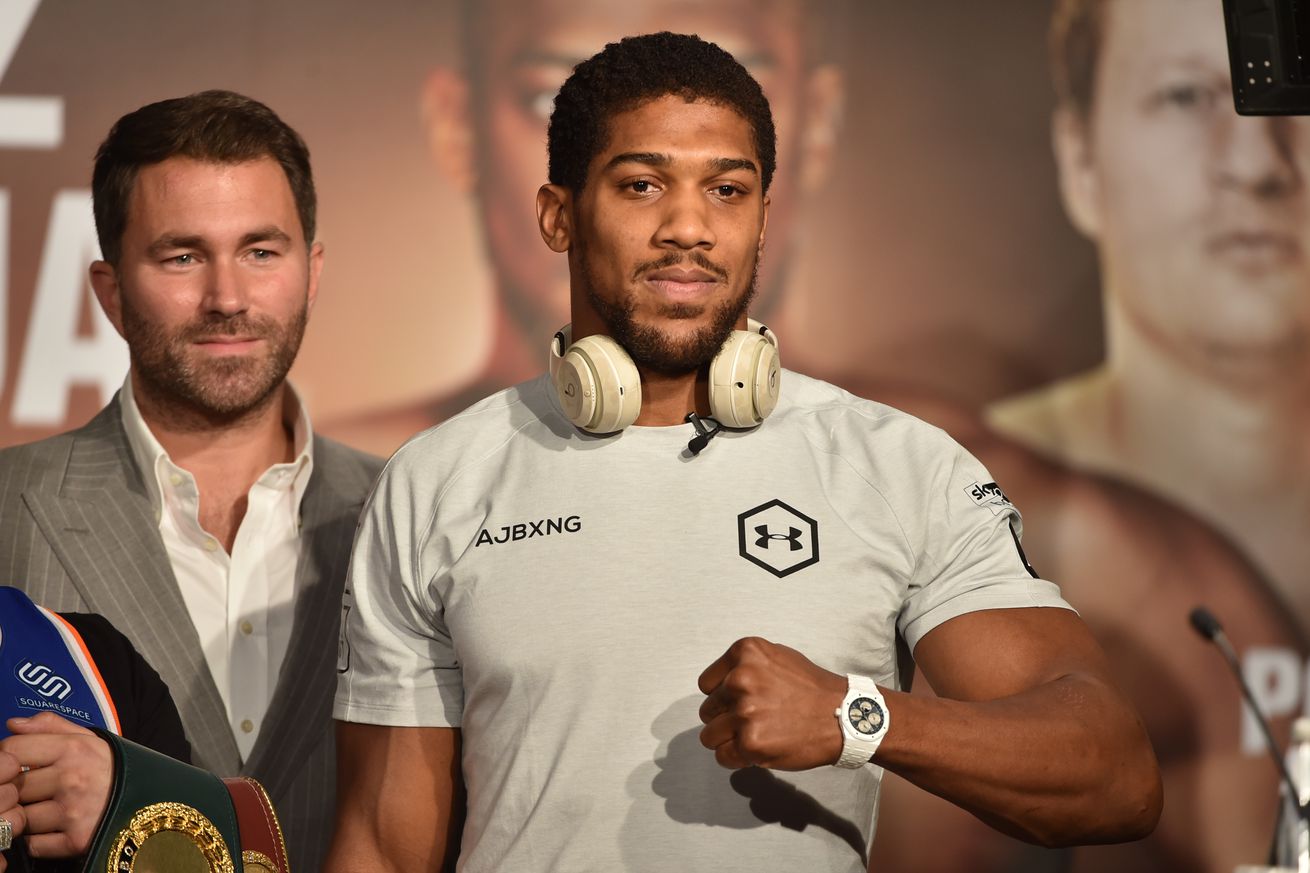 In an attempt to get a live crowd, Matchroom are pushing Joshua-Pulev as late as they can for 2020.

As noted last week, the current target plan for Anthony Joshua vs Kubrat Pulev is early December, an idea that Matchroom Boxing promoter Eddie Hearn hopes will lead to there being a live crowd for the fight in the United Kingdom.

Hearn tells ESPN, though, that they’re committed to getting that fight done by the end of 2020, live crowd or not:

“We know AJ’s only going to fight once this year, so we want to give ourselves the best opportunity to bring in a crowd, and that would obviously be the later the better. But it’s still not a gimme at all. There’s still a very strong chance that AJ will have to fight behind closed doors. … He must box this year, and obviously it’s up to me to find a solution and a crowd. But he also knows at the same time, he must fight because it will be a year in December since the Ruiz fight.”

The first weekend in December would put the fight’s date at Saturday, Dec. 5, just about one year since Joshua’s rematch win over Andy Ruiz Jr, as Hearn notes. Pulev last fought in Nov. 2019, when he won a tune-up over Rydell Booker.

Pulev (28-1, 14 KO) is the IBF mandatory challenger, and is totally unwilling to lose his spot or step aside, which is entirely understandable as he’s 39 years old and this might be the last shot he ever gets. Joshua (23-1, 21 KO), who also holds the WBA and WBO titles, is hoping to win, potentially deal with current WBO mandatory Oleksandr Usyk, and possibly get to a full unification fight with Tyson Fury sometime in 2021.