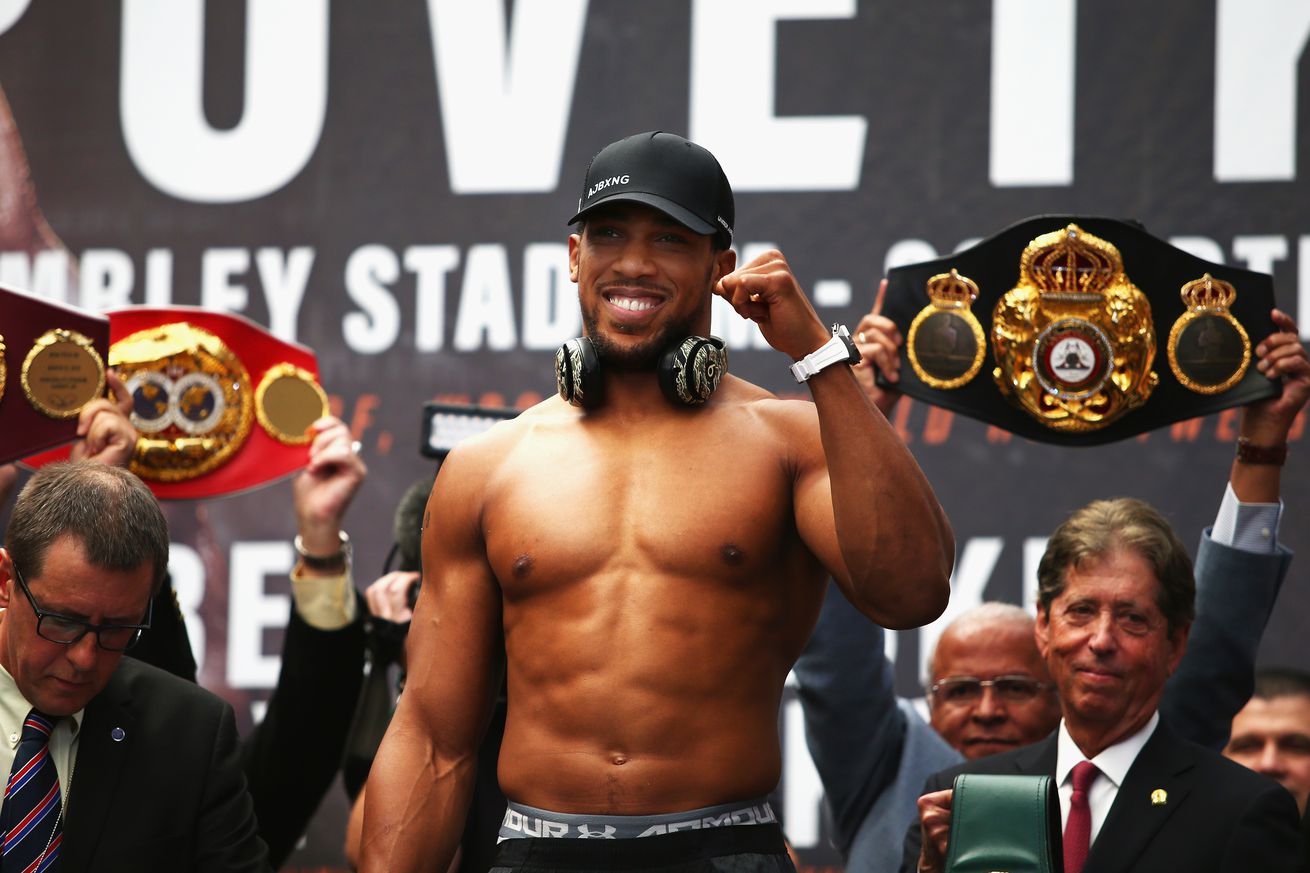 A few names are in the running for Joshua’s April 13 bout.

With three-body unified heavyweight champion Anthony Joshua set to return on April 13 at Wembley Stadium, promoter Eddie Hearn tells Sky Sports that we should know the opponent next week.

Hearn says that while WBC titleholder Deontay Wilder appears totally out of the running, he has had contact with Tyson Fury, and he’s also put numbers out there with Dillian Whyte, who like Joshua is promoted by Hearn and Matchroom Boxing.

Whyte (25-1, 18 KO) still seems the best bet to land the fight, which would be a rematch of a bout from Dec. 2015. Whyte has gotten better since then, as has Joshua. The 30-year-old Whyte had a big 2018, scoring wins over Lucas Browne, Joseph Parker, and Dereck Chisora to solidify himself as a top contender in the heavyweight division.

Fury (27-0-1, 19 KO) is obviously the biggest money option if he’s open to the bout. Tyson is coming off of a controversial draw in December against Wilder, and the WBC wants to see that fight again. But Fury could conceivably throw a curveball and wind up in the ring with Joshua instead.

Another option is Jarrell Miller (23-0-1, 20 KO), and that, according to Hearn, would likely move the fight from Wembley Stadium to the United States, potentially at New York’s Madison Square Garden. Miller has made more noise outside the ring than in it, really, but he did go 3-0 in 2018, beating Johann Duhaupas, Tomasz Adamek, and Bogdan Dinu.

Whatever happens, it’ll be good to know what Joshua (22-0, 21 KO) is doing next, because there’s been so much speculation and chatter over the last few months. I’m still guessing the deal gets done with Whyte, but Fury is so unpredictable that I don’t count him out, either. Fighting Miller in the U.S. seems like a last resort at this particular point in time, but that wouldn’t be the worst fight, either. Well, it’d probably be the worst of these three possibilities, but you get what I mean.