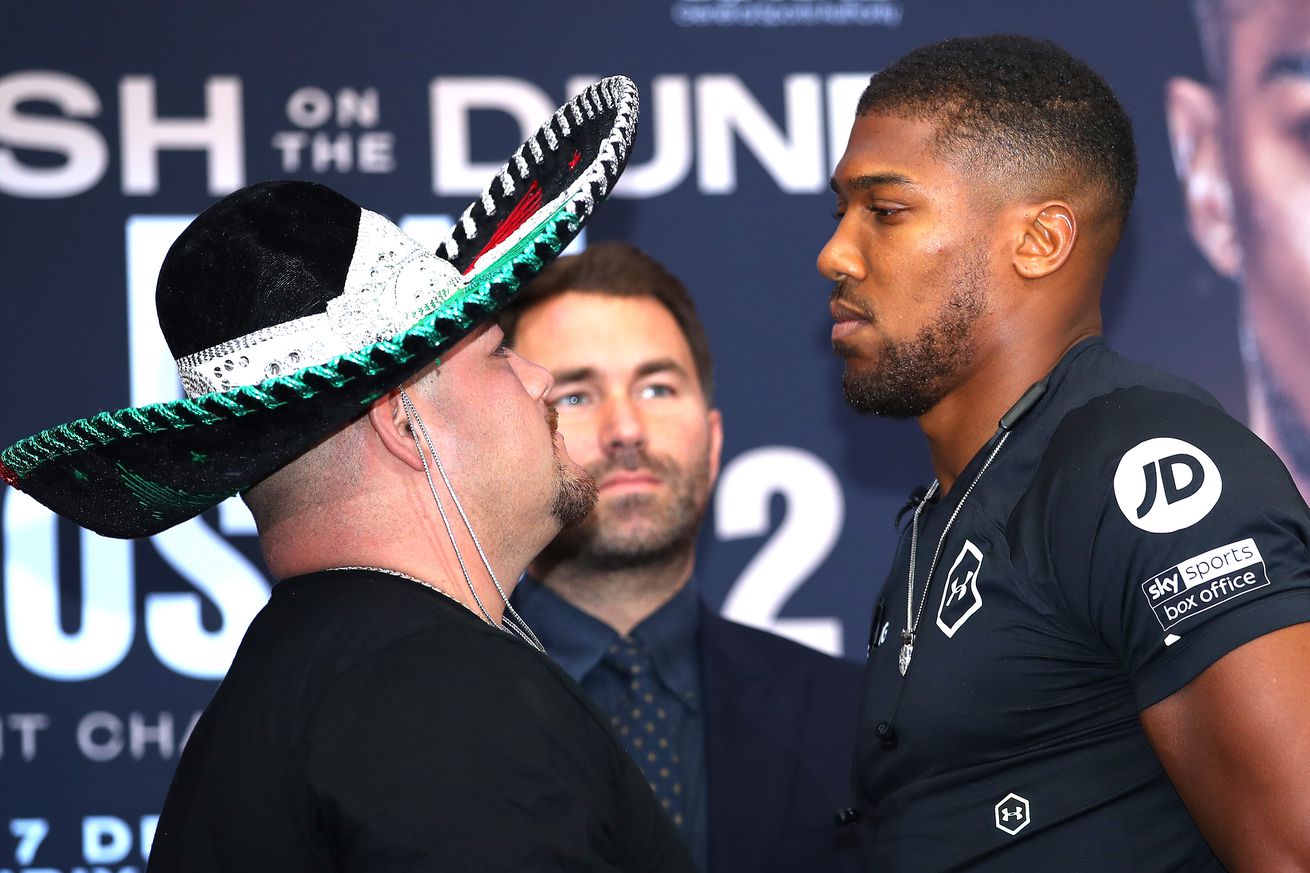 Joshua will get a chance to take back his three major world titles this weekend in Saudi Arabia.

It’s fight week! And leading into this Saturday’s heavyweight rematch between Andy Ruiz Jr. and Anthony Joshua, Matchroom promoter Eddie Hearn tells Sky Sports that Joshua has prepared better than even to win back his world title belts — despite some more rumors that Joshua has had a tough time during a recent sparring session.

“He wants to claim back what is rightfully his.

“He has gone from being a much-loved superstar to ‘Joshua is overrated’. This is a good man. He has given his life to the sport. Don’t write him off because, right now, he has his back against the wall and maybe a chip on his shoulder to show the world that he is the king.”

Joshua certainly has a lot at stake in this one particular fight, because if he wins he can probably write-off his knockout loss as something of a fluke, but if he loses again, especially by KO, that could potentially turn out the lights for Joshua as huge star attraction in the sport.

Pressure bust pipes and make diamonds. I suppose we’ll find out which category Joshua falls under this weekend in Saudi Arabia.