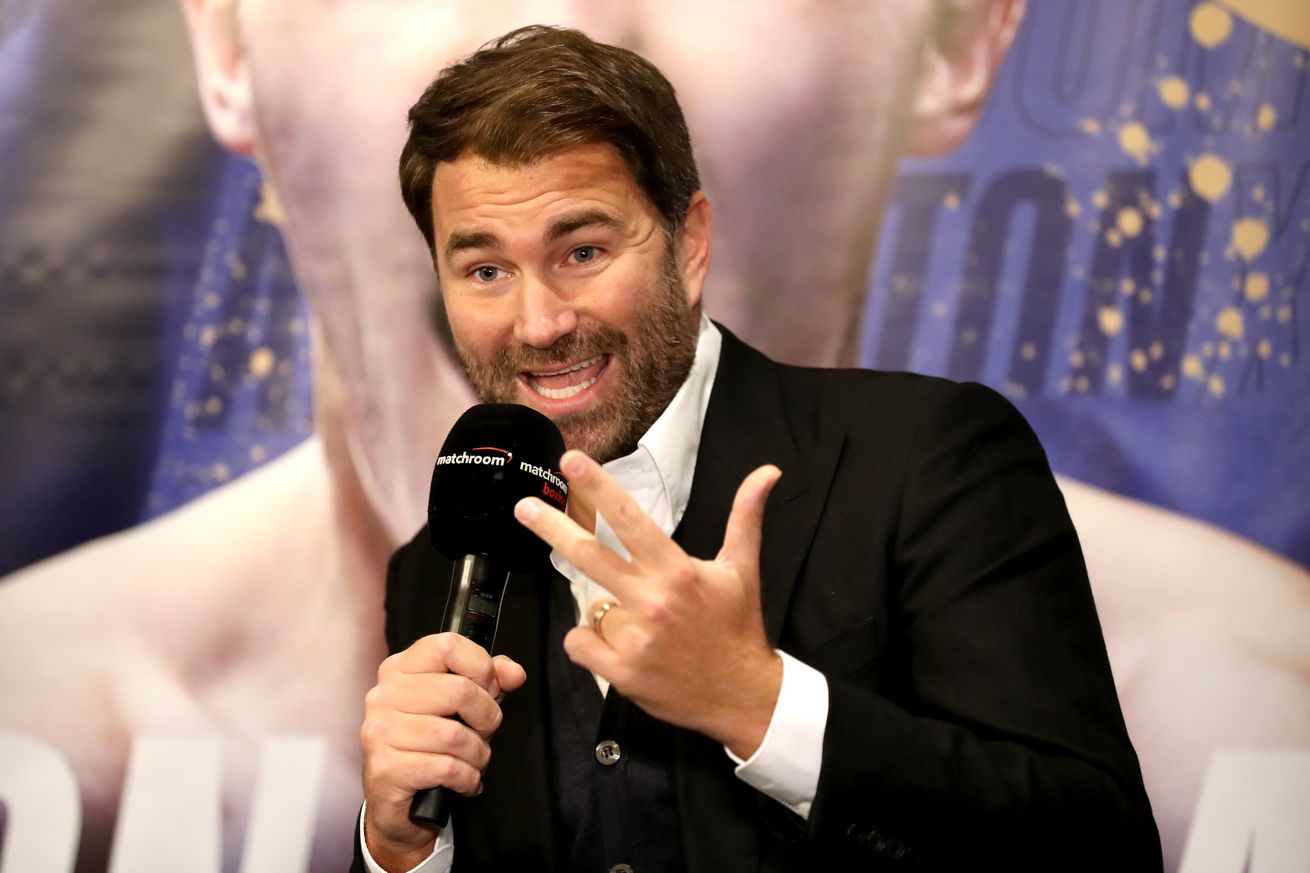 In fairness, Hearn’s backyard probably isn’t quite like yours or mine.

Matchroom promoter Eddie Hearn is getting inventive during these uncertain times, and has come up with a new plan to stage some fight cards once boxing resumes in the UK, expected to happen this July.

Hearn, who is needless to say quite a wealthy individual, owns a large mansion outside of London in the town of Brentwood which sits on sprawling grounds — and this is exactly where Hearn is looking to stage closed-door events on four consecutive weekends. The plan is for Hearn to begin with a fight between Terri Harper and Natasha Jones midway through July and eventually cap it off with Dillian Whyte vs Alexander Povetkin in the first half of August.

‘It is a huge mission. We are going to turn our headquarters here into an outdoor venue for live boxing, with a full canopy in the middle of the garden and the ring overlooking London.

‘We are building changing rooms for the fighters, setting up a space for a ring walk, and figuring out how we can do everything you need for this kind of production with as few people as possible.’ Testing and isolation are the major challenges.”

The promoter continues by saying that he’s currently in talks with a local hotel which would host the fighters and their teams from the Tuesday before the fight until the fight itself, with the hotel being equipped to administer COVID-19 testing. Hearn estimates that there would be no more that 80-90 people on site for these five-fight cards, with each individual having to test negative for coronavirus before being allowed on the premises.

According to Hearn, this idea has been in the works since the pandemic began, but that he’ll need some buy-in from the British Boxing Board of Control and the WBC. Let’s see if this gains any traction.