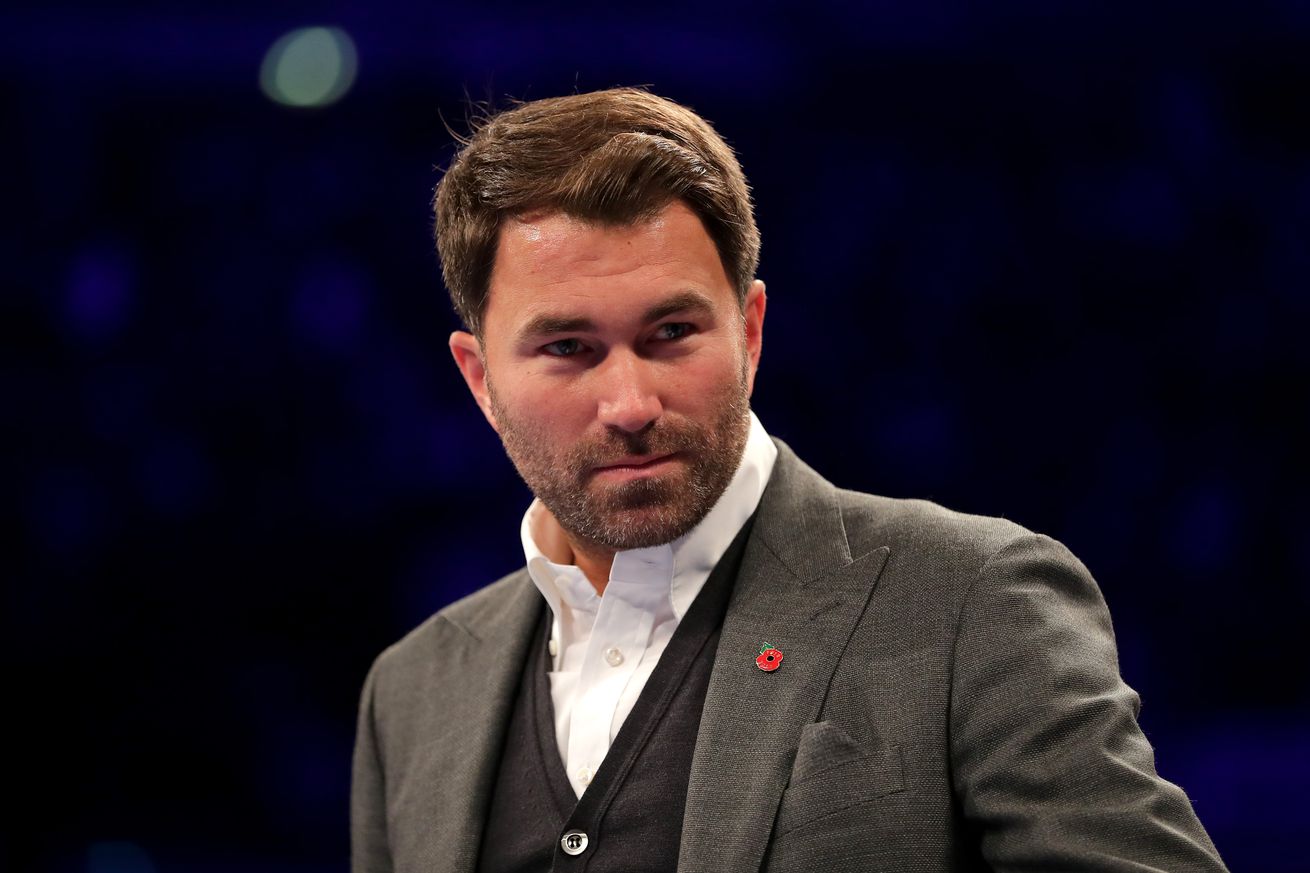 If the Deontay Wilder and Tyson Fury rematch goes to purse bid, Eddie Hearn will try to make a big splash to snag the fight.

Matchroom promoter Eddie Hearn is keeping an eye on the now-ordered rematch between heavyweights Deontay Wilder and Tyson Fury. The WBC officially ordered the two heavies to run it back, and if the two can’t agree to terms and the fight goes to purse bid, Hearn will dig deep in his pockets to snag the fight.

“I thought to myself, I’ll bid for that. I’m going to bid a fortune, but I doubt it’ll get there.”

Hearn is right that the fight is probably unlikely to go to a purse bid should the fighters be able to agree to terms, but he may also be right that Fury might not be eager to take the short end of a split, especially considering that he strongly feels he won their first meeting.

But if this fight does goes to a purse bid and Hearn wins it with a massive offer, he intends to bring the fight to DAZN in the United States, instead of a Showtime PPV like it was last time.