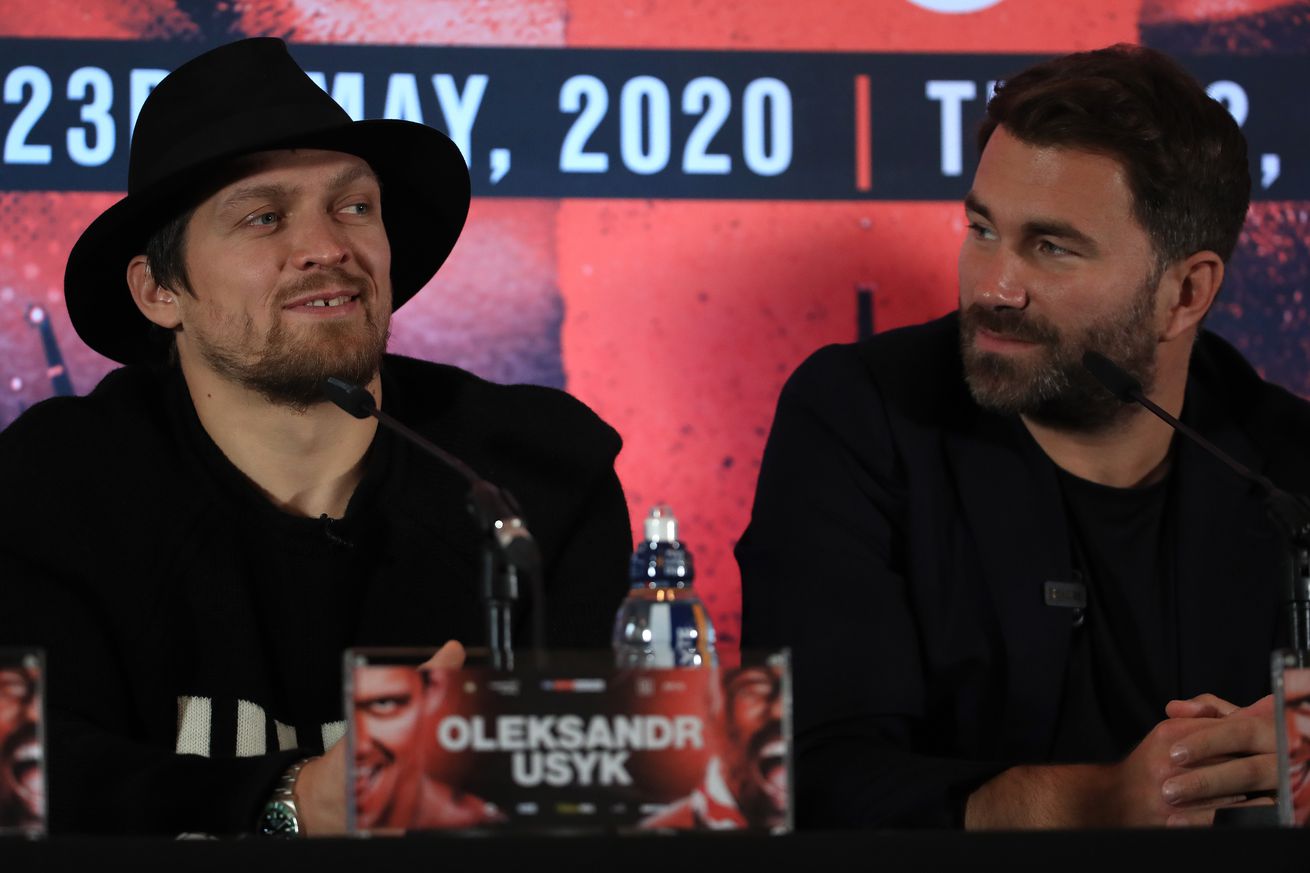 With promoters looking to get the sport rolling again, potential landing spots for cards are vital.

With Oleksandr Usyk still lined up to make his next heavyweight showing against Derek Chisora, Matchroom promoter Eddie Hearn is working hard to find a new date and venue for the bout. Usyk and Chisora were originally supposed to square off this past March until Usyk suffered an elbow injury that pushed the bout to May 23. Of course the coronavirus hit shortly after, which would indefinitely postpone the match along with everything else on the schedule.

But with a lot of eyes towards getting back to business, Hearn tells Sky Sports that they’re now exploring options to stage Usyk-Chisora outside of the UK.

“I spoke to Alexander Krassyuk of K2 Promotions [Usyk’s representatives] and we are looking at alternative options for that venue. There are options to stage things with a slightly smaller crowd but in a unique environment that we’re looking at [in the UK]. That’s outside of our initial return. There are a number of countries right now saying: ‘We want to bring major sport back and show the world that we’re open to business’ That might apply to a fight like Usyk vs Chisora.”

As things currently stand in the UK, the British Boxing Board of Control is targeting a July return for boxing which would have a maximum of five fights per card and would include COVID-19 testing and a pre-fight quarantine for fighters. Hearn says that he’d love to give themselves every chance possible to stage his bigger fights inside the UK, but also realizes that may not be viable in the near future. We shall see.