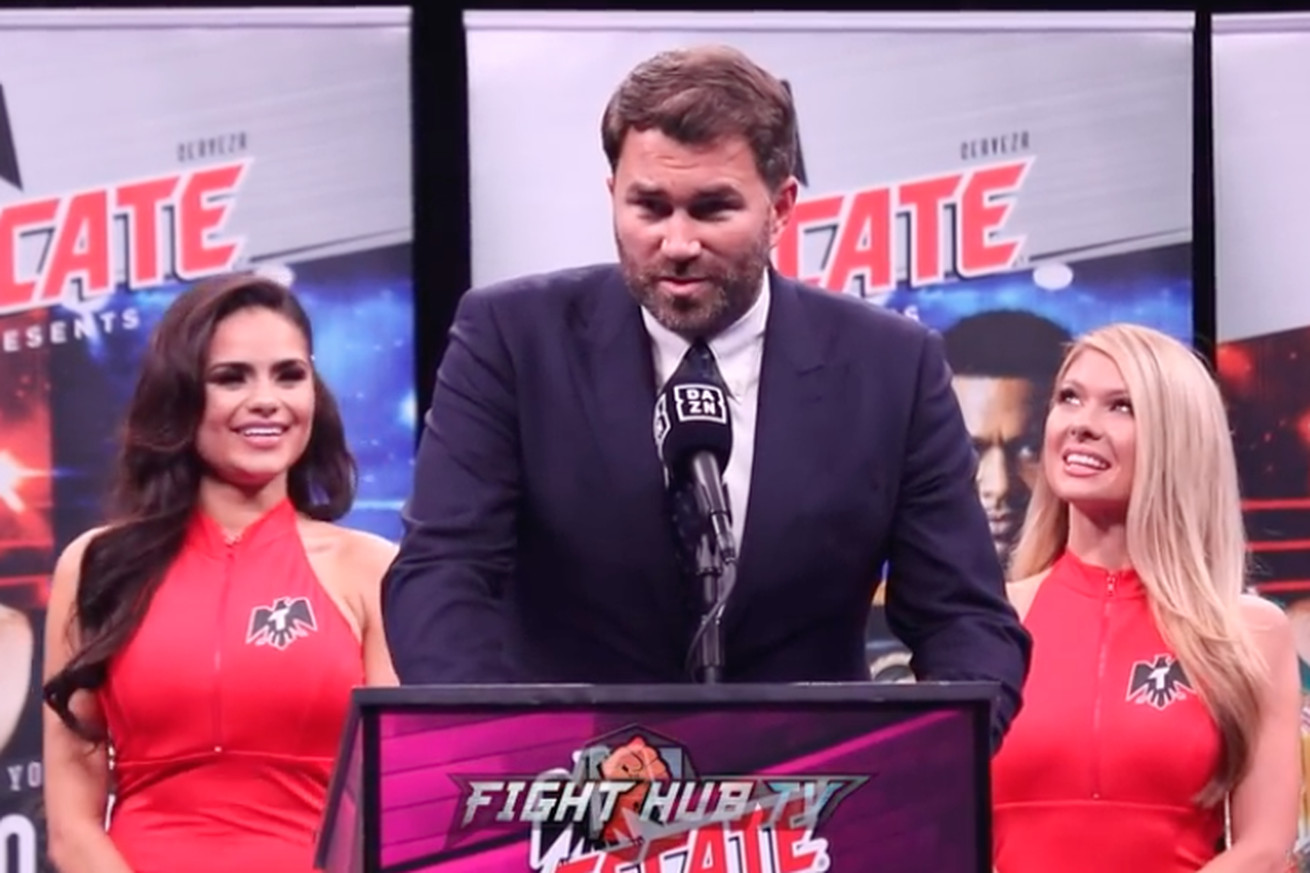 Daniel Jacobs’ promoter thinks the fighter should move to 168 for new opportunities.

Promoter Eddie Hearn was backing Daniel Jacobs in Saturday night’s fight with Canelo Alvarez, and his man came up short, losing a competitive but clear decision in the DAZN main event.

Hearn spoke at the press conference after about the decision and Jacobs’ future as of this moment.

On Daniel Jacobs’ performance in defeat

“I see him moving to 168. I think he’s had a brilliant run at 160, and obviously now with the landscape with Canelo potentially fighting GGG, if that happens, and Demetrius (Andrade) waiting in the wings with the undisputed fight, I think the time is right for Danny to move up to the 168 division. I think it’ll be a new challenge. I think he’ll be a new monster there, as well. If that’s what his team decides, I think that would be a wise move.”

On the scores for the fight