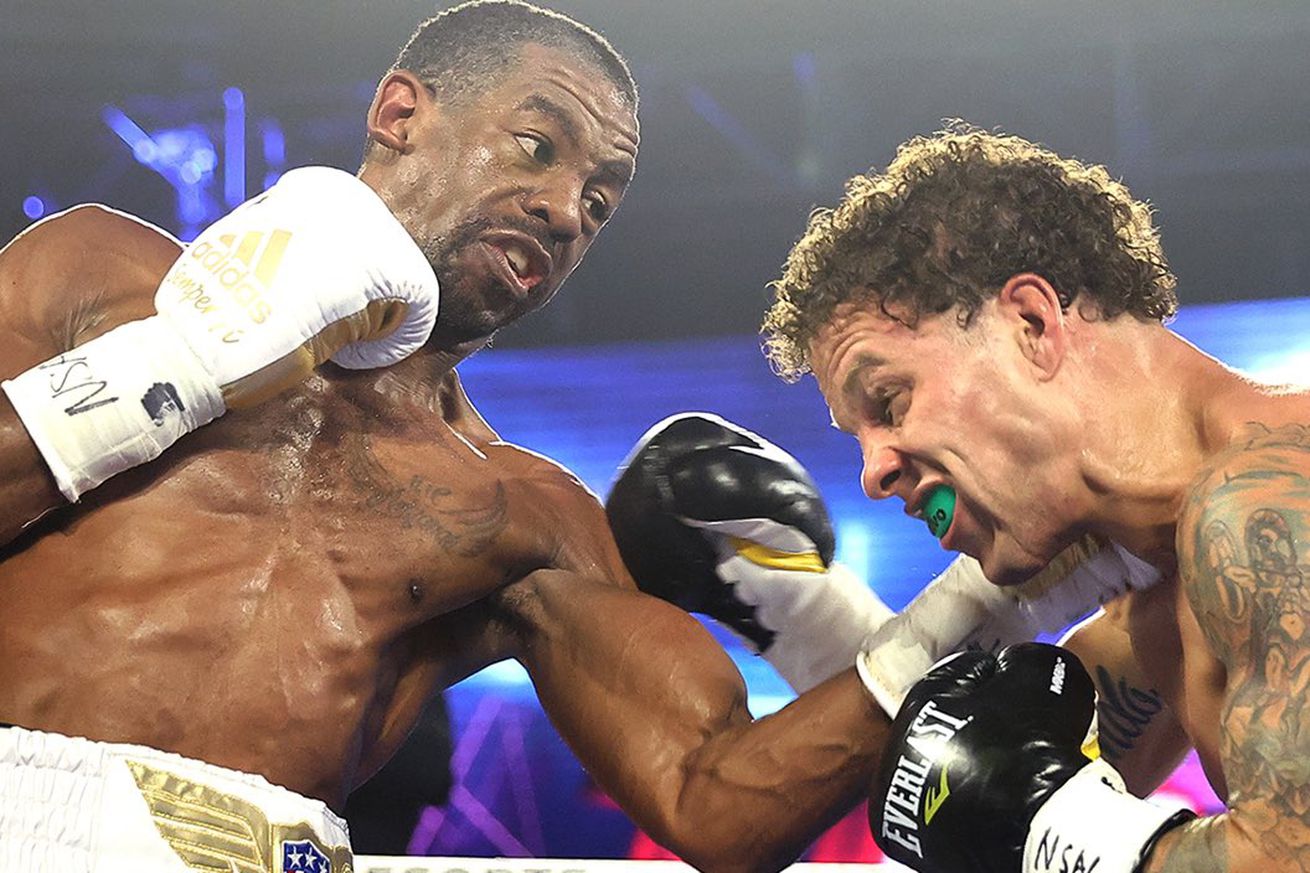 Jamel Herring still has his WBO belt, but is severely disappointed with his performance on Saturday.

Jamel Herring retained his WBO junior lightweight title with a win on Saturday night over Jonathan Oquendo, but it didn’t come how he wanted, and the 34-year-old titleholder says he’s not making any excuses for a disappointing performance or disqualification win, which has been criticized on various fronts:

I accept all criticism, I’m not going to run and hide from it. Nor will I celebrate or making any excuses about tonight. If anything I’m more frustrated, and I need to tighten up for Frampton, simple as that.

Herring (22-2, 10 KO) is still expected to face Carl Frampton, which had been slated for November but now may have to be pushed back due to Herring suffering a pretty notable cut in the fight with Oquendo, due to an intentional headbutt in the fifth round, which led to the DQ after eight rounds.

But while this may be just disappointment in the moment, Herring doesn’t sound terribly enthused about the fight, saying it could be his last:

Sitting in a hospital, alone, while being called out with all sorts of negativity is something else. I’m not angry, I’m not sad, just deep in thought. I will still fulfill my obligations against Frampton, but that fight may be my last. Lost too much time from my family as it is pic.twitter.com/xAxYPbU5Dk

If Herring goes into the Frampton fight with this sort of mindset, that’s going to be a red flag for his chances of winning. Fighters with a foot out the door can struggle to dig deep, which they often need to do, especially in big fights against good opponents who are going to bring the fight, as Frampton (28-2, 16 KO) is and will.

But again, this could just be Herring having a down moment after a somewhat shaky performance. It happens, and he’s just being up front with his feelings. Surely a lot of fighters go through nights like this, when fans and even some in the media are being pretty critical of their performances, in victory or defeat. We’ll see going forward.