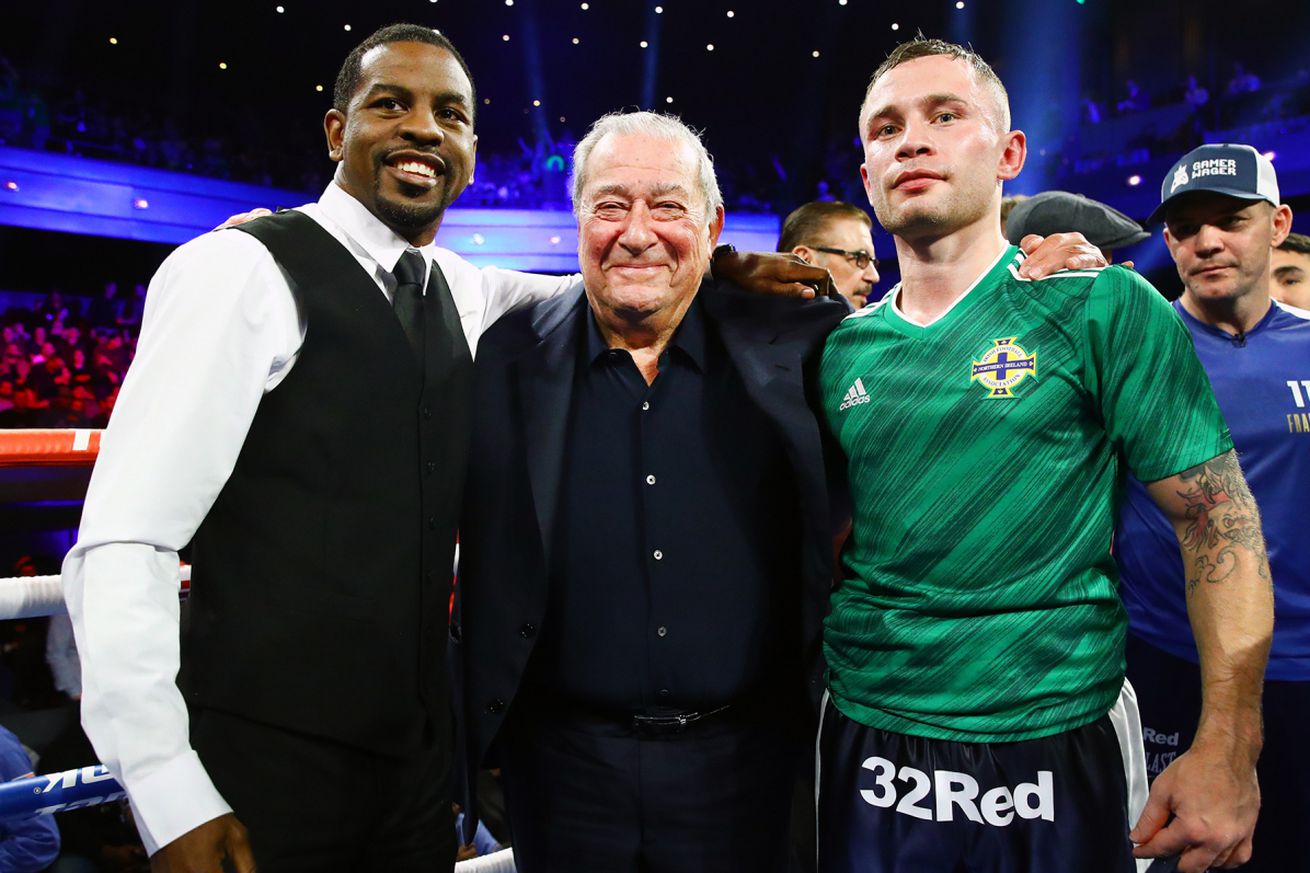 The delayed 130-pound title fight has a new target month.

A fight between WBO junior lightweight titlist Jamel Herring and Carl Frampton has been in the planning stage for 10 months at this point, dating back to Frampton’s Nov. 2019 win over Tyler McCreary in a move up to the division, and now we may finally have a locked-in target.

After a planned spring 2020 date fell apart due to coronavirus, resulting in tune-up wins for both Frampton (over Darren Traynor) and Herring (over Jonathan Oquendo), the two are now slated to meet in January 2021.

The earlier idea was November of this year, but with Herring suffering a pretty notable cut in his DQ win over Oquendo, that wasn’t doable any longer. We also have to wonder exactly how invested the 34-year-old Herring (22-2, 10 KO) is going to be, as he admitted disappointment in his performance that night, and said a Frampton fight could be his last.

The 33-year-old Frampton is looking to win a world title in a third weight division, which he believes will put him at the top of Irish fighters in history. He’s undersized for 130, but a true fighter who may just have one more great night in him, at the very least, and he probably took some decent notes from the Oquendo fight, at least in terms of how to frustrate Herring despite being five inches shorter and giving up 10 inches in reach.