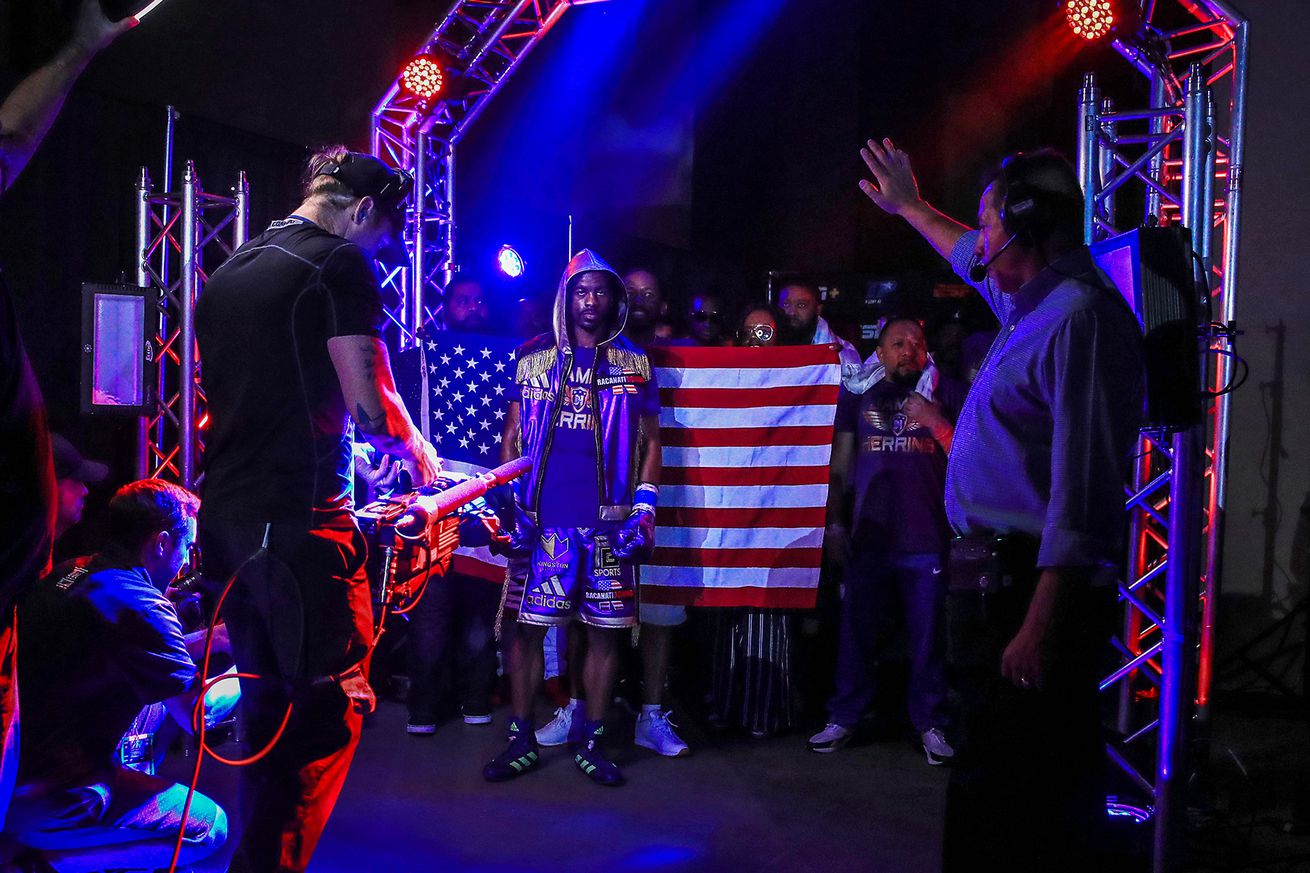 Jamel Herring became a world titleholder for the first time on Saturday.

The day after, we checked in with Jamel Herring.

Mr. Herring, 12 hours after you heard the emcee say “and the newwwww,” has it sunk in?

How does it feel to be the WBO 130 pound champion, after bestingn Masayuki Ito on ESPN, on what would have been the tenth birthday of Ariyahanh, the daughter lost to SIDS in 2009?

Has it sunk in?

“Not quite yet,” the 33-year-old native of Coram, Long Island, told me.

Noted; so, tell us about the scene in the locker room in Osceola Heritage Park, Kissimmee, Florida post-fight?

“The scene in the locker room was overwhelmed with joy. Everyone in the back was just truly proud of what had taken place last night, because they all know what I had to go through just to get to that stage.”

And we all saw pound-for-pound ace Terence Crawford — who has become like a brother after Herring latched on with Crawford’s trainer Brian McIntyre — by his side as he heard “and the newwwww.”

What did Bud say to Jamel during a quieter time?

“Bud told me afterwards that no matter anyone says, they can never say I wasn’t a world champion and that he was really happy for me,” Herring related.

Were corks popping, was there a crazed bash to celebrate the victory?

“Nope! I spent some time with the team for a bit afterwards, but then afterwards I decided to relax and spend the rest of the night with my family,” said Herring (20-2, 10 KO).

And I apologized as I asked, because we the people don’t do all that well about smelling the roses, and letting others have their time savoring the aroma, before demanding to know what’s next. But what might be next? Did Herring talk to Bob Arum and/or Carl Moretti about the near future?

“I spoke to Carl later on that night. Him, Bob and the team are just ecstatic! If we don’t do a unification they’re thinking about bringing me home to New York to headline a fight, so you’re the first to know!”

My three cents: We like it when the good guys get rewarded. Herring is one, so we can admit we’re not displeased that his perseverance was rewarded Saturday night.

Happy holiday weekend to him, and all of you, readers. Be well.