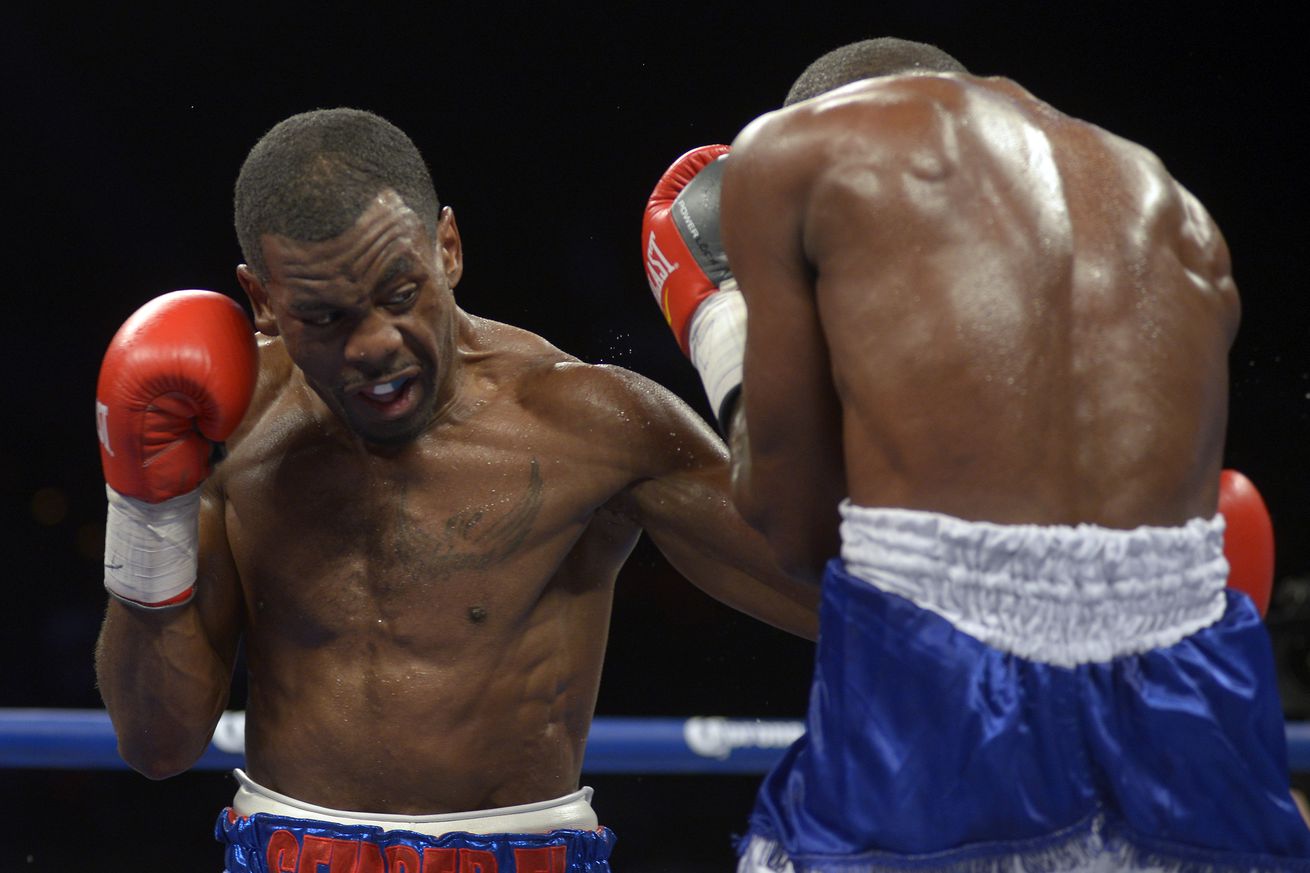 Two days away from fight night, and Jamel Herring, the fighting Marine who has enjoyed a career re-birth after moving to the Top Rank stable, tells BLH that he’s feeling maybe as good as he ever has going into a bout.

Herring is the challenger and seeks to yank the WBO 130 strap from 25-1-1 Masayuki Ito, a 26-year-old Japanese hitter.

ESPN will platform the tango, which tops a Top Rank card in Kissimmee, Florida; the champ snagged the crown when he bested Puerto Rican Christopher Diaz, and has defended once against Evgeny Chuprakov.

Pay attention to see if soft tissue over the left eye on Ito gets opened up by the lefty Herring. His movement and volume could be the difference maker, and land him a crown on this Memorial Day weekend, making for a merry holiday for the American.

And a side note, in case you are thinking Ito is and should be a solid favorite: on Saturday, May 25, Ariyanah would have turned 10. With that fact, and how Herring might be channeling certain emotions that could be ridden as a wave to a win, you may want to ponder that and adjust the odds in your head.