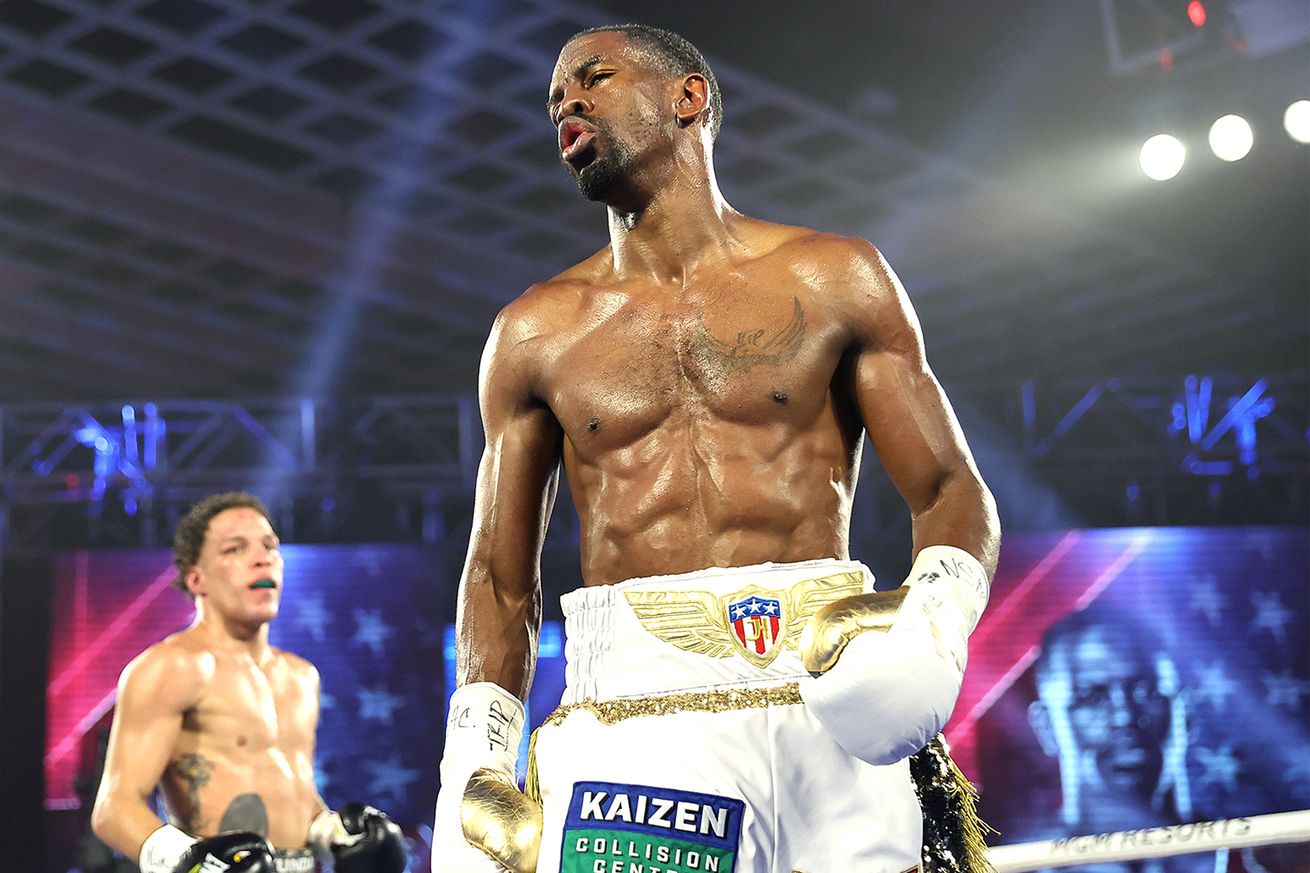 Herring is the latest fighter to join the MTK team in some capacity.

WBO junior lightweight titleholder Jamel Herring just returned to the ring on Sept. 5, scoring a DQ win over Jonathan Oquendo that sets up a proposed Jan. 2021 fight against Carl Frampton, and now the 34-year-old former American Olympian and Marine has signed an advisory deal with MTK Global.

Herring (22-2, 10 KO) is the latest American to come on board with MTK, as they’ve recently linked up with various prospects and another 130-pound titlist, Joseph Diaz Jr, who also signed an advisory deal.

“I’m very excited about this next step in my career. I know that by adding MTK Global as an advisor along with Brian McIntyre as my manager, I have the strongest team in the game,” Herring said. “A special shout out to my guy Jerry Casarez and Jamie Conlan of MTK for helping push this over the line. The best is yet to come from Jamel Herring and with MTK Global on my team I know I’m going to get the right opportunities.”

That statement is a lot more upbeat and positive than Herring’s recent post-fight remarks after the DQ against Oquendo, where Herring was a little down and even said the Frampton fight could be his last.

“We’re delighted to welcome Jamel Herring to the team,” said MTK Global Vice President Jamie Conlan. “It became a top priority for MTK to work with Herring given who he is, his standing in the division, especially with JoJo Diaz now also in the stable, and as soon as we spoke, there were instant synergies and we were able to get the deal over the line right away.

“This is a fantastic addition to the team and we’re proud to have the champ with us. This is another step from MTK into the US market and its an honour to be working with a true champion in Jamel Herring.”

Frampton, 33, is also represented by MTK, so if you’re wondering — given it’s boxing — no, this will have no negative impact on that fight coming together.

“We know how much both Jamel and Carl Frampton are looking to square off with each other and it will be something everyone at MTK is now committed to fulfilling and working so closely with Top Rank, making these fights becomes very, very easy,” Conlan said.