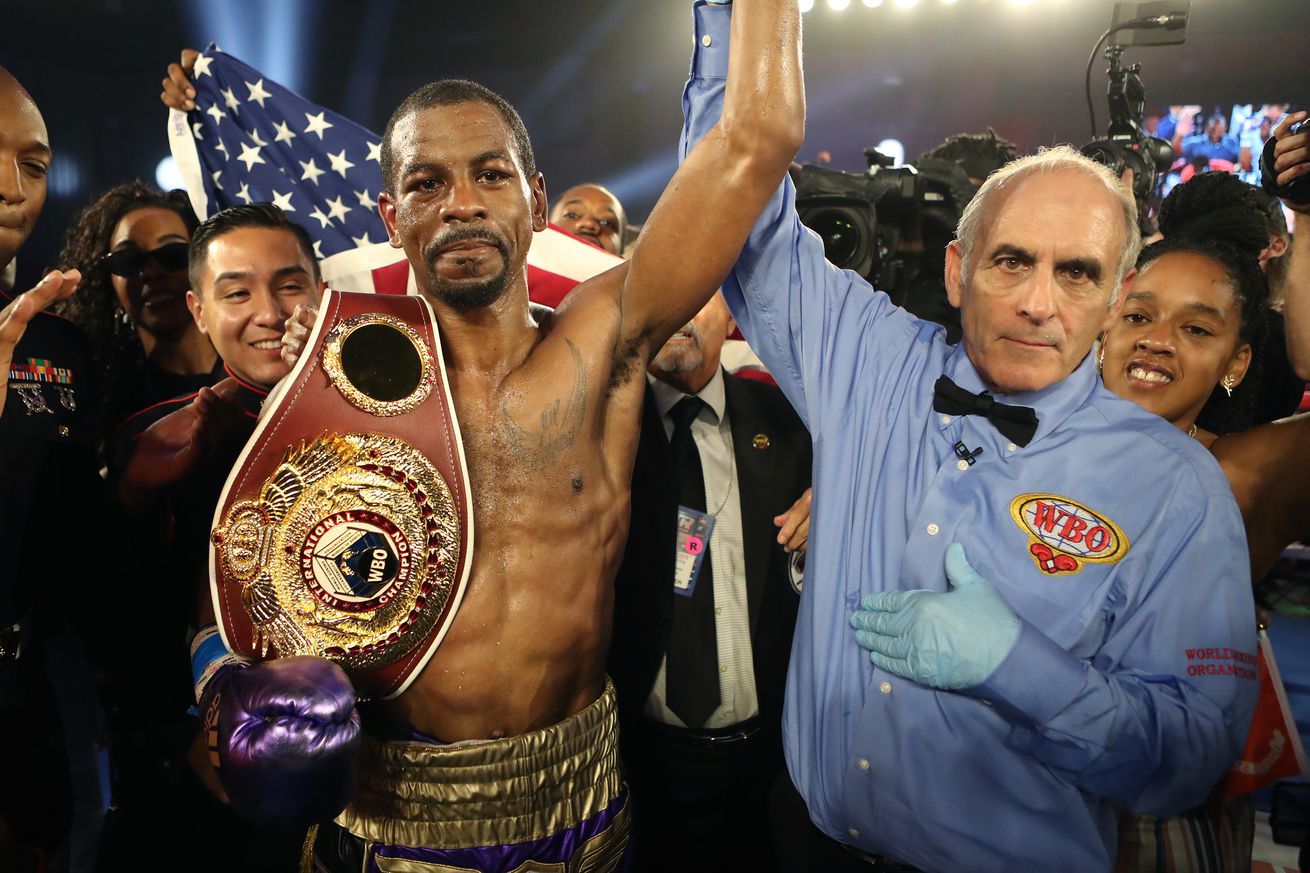 The WBO 130-pound titleholder has a date but no opponent announced.

WBO junior lightweight titleholder Jamel Herring is set to return on July 2 in Las Vegas, headlining an ESPN card in a title defense against an opponent to be named.

The 34-year-old ex-Olympian Herring (21-2, 10 KO) won the 130-pound belt in May 2019 by beating Masayuki Ito, and made a successful first title defense in November, out-pointing mandatory challenger Lamont Roach Jr.

Herring was set to face Carl Frampton this spring, but COVID-19 shelved that fight, where Herring was set to go over to Belfast to face the popular former two-division titleholder. Frampton (27-2, 15 KO) definitely won’t be the July 2 opponent, as he can’t get to the United States with travel restrictions, but that fight is still in the cards at some point, so long as Herring doesn’t lose his belt. Frampton doesn’t seem interested in any tune-up bouts, perhaps due to the injury problems he’s had recently.

Of fighters ranked in the WBO’s top 15, only Abraham Nova, Jonathan Oquendo, and Lamont Roach Jr would seem available as far as travel goes. The 26-year-old Nova (18-0, 14 KO) is probably the most interesting choice of that group, and made his Top Rank debut in January, but if Top Rank feels they might have something there, they probably wouldn’t want to put him in with Herring right now.

Oquendo (31-6, 19 KO) is a 36-year-old Puerto Rican veteran, a solid fighter who might be exactly the sort of opponent everyone will settle for here, while Roach (19-1-1, 7 KO) just had his shot and came up short. Top Rank’s Oscar Valdez is the No. 1 contender, but it’s not going to be Valdez, who is targeting Miguel Berchelt and the WBC title.

Top Rank’s first card back will come on June 9 on ESPN, with Shakur Stevenson likely to main event. It’s expected the company will be running two shows per week on ESPN outlets for a while.