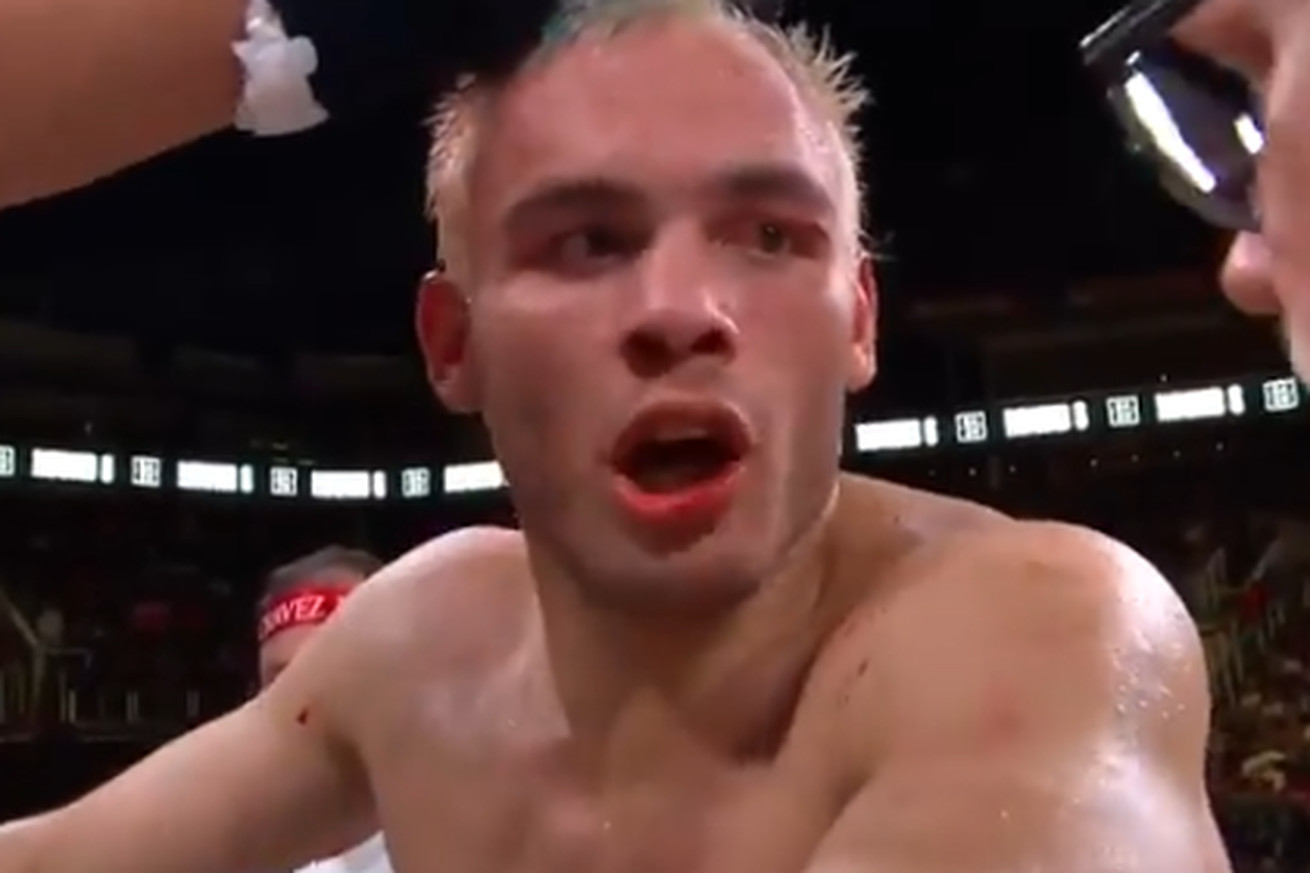 The story of Friday night’s DAZN card from Phoenix wasn’t much about the win scored by Daniel Jacobs, the former middleweight titleholder who moved up to 168 pounds for what wound up a 173-pound catchweight fight thanks to Chavez’ inability to make weight on Thursday.

Chavez quit after five rounds, with a broken nose and a busted hand both being bandied about as reasons in the corner after the fight:

Jacobs was the clear villain to the crowd when the fight started. Chavez, through his ups and downs and controversies, has maintained a fan base, and they turned out for this relatively short notice fight in Phoenix.

But when Chavez quit, their patience ran out. Debris flew into the ring for several minutes, fights broke out in the stands, and Chavez had to be protected as he was ushered out by security and Mickey Rourke. Yes, that one.

One of the most notable scenes of the night was the reaction of Julio’s father, the original and true Julio Cesar Chavez, when his son retired in the corner:

Chavez? We’ll see. But Nevada would seem likely to come down hard on him in that outstanding drug testing issue in the state, and he may have finally run out of lives with the ticket-buying public.

Now, there WERE some actual highlights on this show, like, in the boxing ring, with boxing, coming from Julio Cesar Martinez beating Cristofer Rosales to win the vacant WBC flyweight title:

Martinez gets the stoppage to win the WBC belt #JacobsChavezJr pic.twitter.com/JhqqI7AZIc