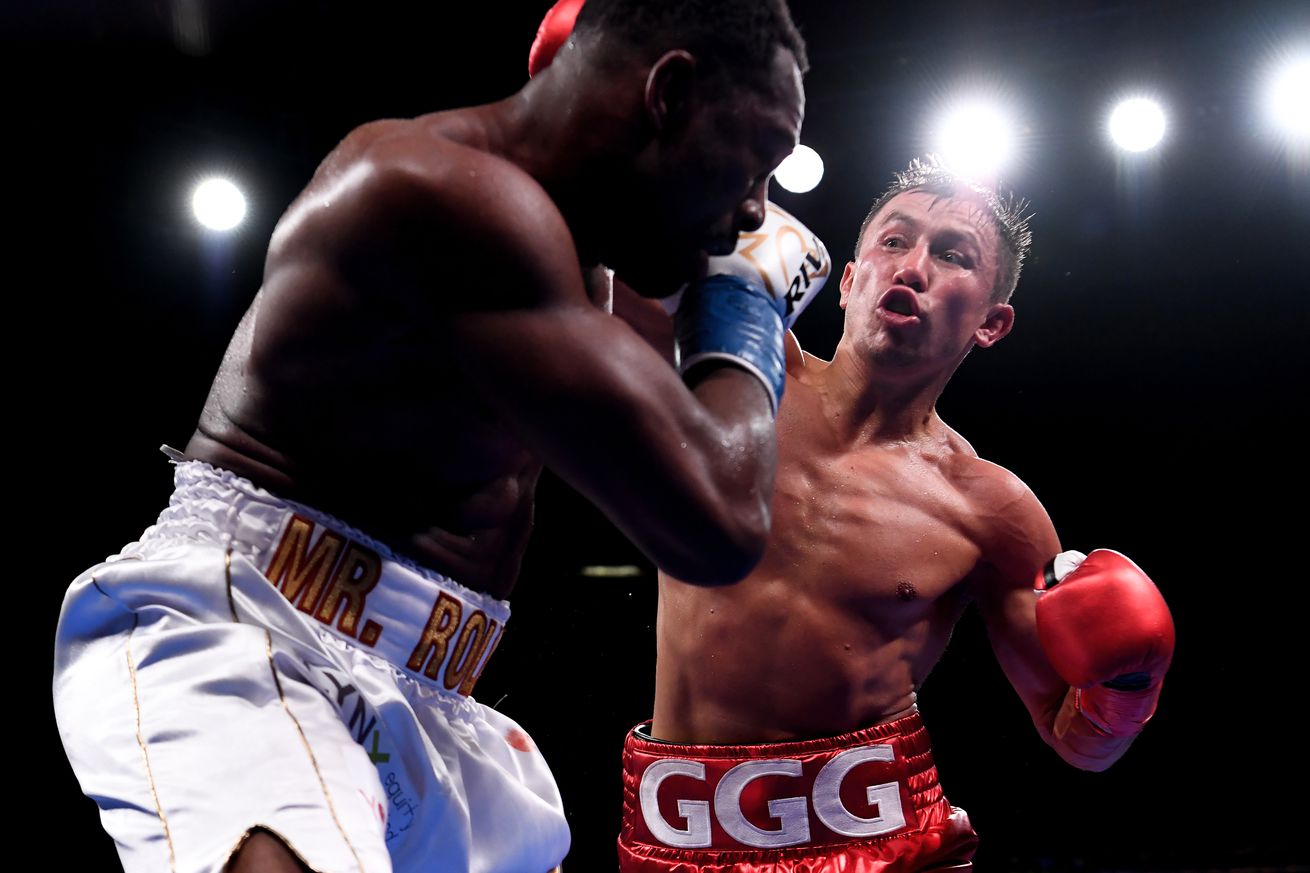 GGG did what GGG does at MadisonSquare Garden.

Gennadiy Golovkin’s return to action and debut on DAZN resulted in a thunderous fourth round knockout of overmatched Steve Rolls tonight at Madison Square Garden.

If you missed it — it seems a lot of people did — here’s the KO:

There wasn’t really a whole lot else to the fight, honestly. Rolls (19-1, 10 KO) had some minor success, especially in the second round, but Golovkin (39-1-1, 35 KO) just kept cracking to both the body and head, and it always kind of felt like just a matter of time, at least for me. Maybe you saw it another way.

The hope now for Golovkin is a third fight with Canelo Alvarez on Sept. 14. Promoter Oscar De La Hoya has already sort of thrown cold water on that, but that could just be posturing and gamesmanship, too. DAZN is paying both Canelo and GGG a lot of money, and they want the biggest fights they can get out of both of them, especially considering GGG is 37 years old now.

We’ll have more on that in the morning, but it’s a wait-and-see, basically. There are a lot of factors new to this sort of fight-making.