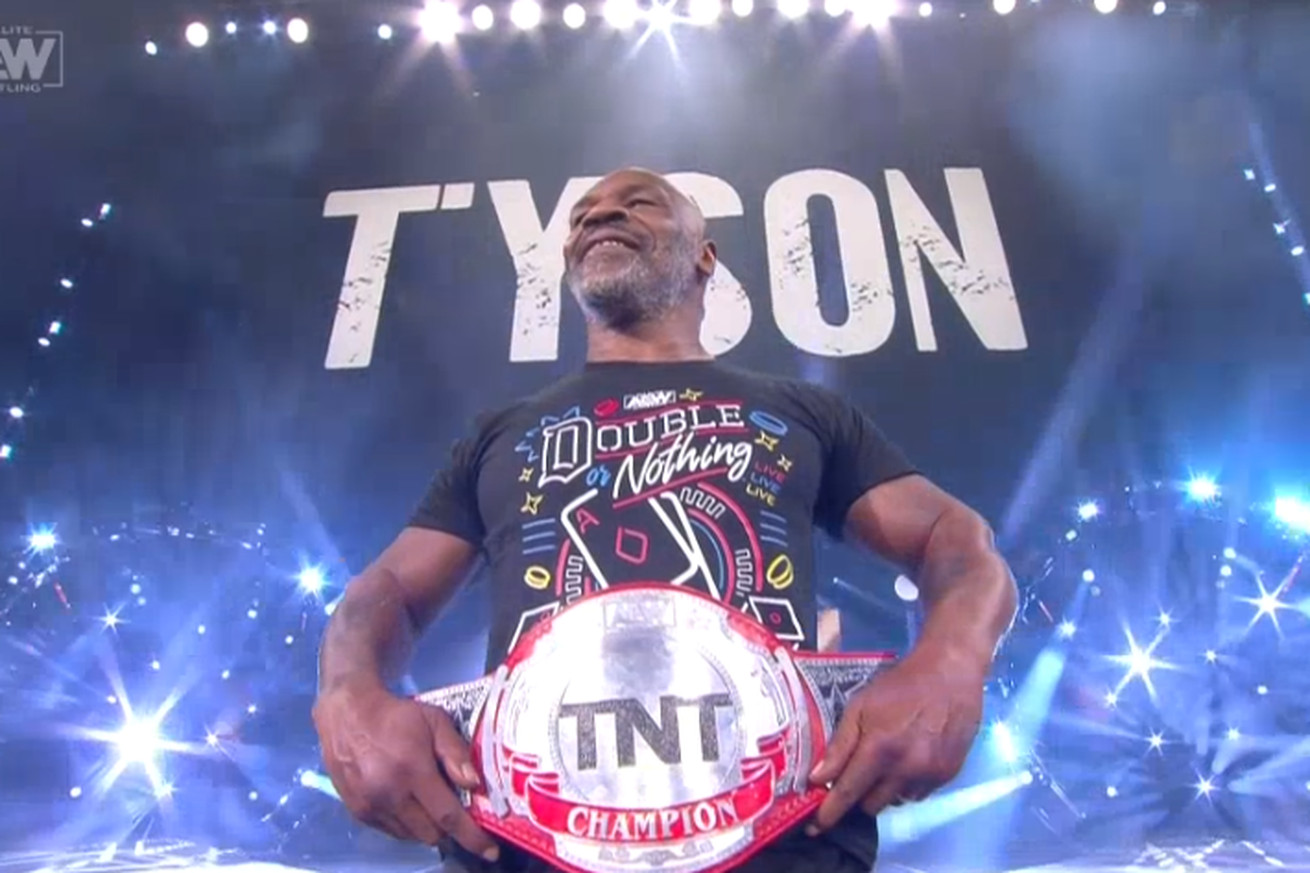 Mike Tyson made his way back to pro wrestling tonight on pay-per-view.

Sometimes, pro wrestling can be a little dull.

But sometimes, it can be very exciting!

“Iron” Mike Tyson returned to the wild world of professional wrestling tonight in Jacksonville, Florida, a special guest at All Eite Wrestling’s (AEW) pay-per-view event, Double or Nothing.

The 53-year-old Tyson, who has been training to possibly do some exhibition fights again, was on hand to prevent the new TNT Championship belt to the winner of the Cody vs Lance Archer, who met in a tournament final to crown the first champion.

Tyson, who participated in the landmark WrestleMania XIV event in 1998 for the then-World Wrestling Federation (now WWE), and at that event, he landed a “knockout punch” on the legendary Shawn Michaels, after Michaels lost to Stone Cold Steve Austin, which was instrumental in truly kicking off a major boom period for the pro wrestling industry.

He didn’t do quite so much tonight at Double or Nothing, but he had a few little moments.

Before the match began, the villainous Archer chokeslammed a jobber (“tomato can” in boxing terms), which Tyson sold with awe and amusement:

He also threatened to get physically involved when Archer’s manager, the wrestling legend Jake “The Snake” Roberts, attempted to return after being kicked out of the ringside area, now carrying the bag with his famous snake in it. Tyson apparently does not fear snakes, as he took his shirt off and was ready to go, I suppose to protect all in or near the ring from snakes. Roberts backed down quickly.

In the end, the heroic Cody (son of another wrestling legend, the late Dusty Rhodes) got the victory, and Tyson presented the championship without further incident.

All in all a pretty tasteful return to the wrestling scene for the former world heavyweight champion.