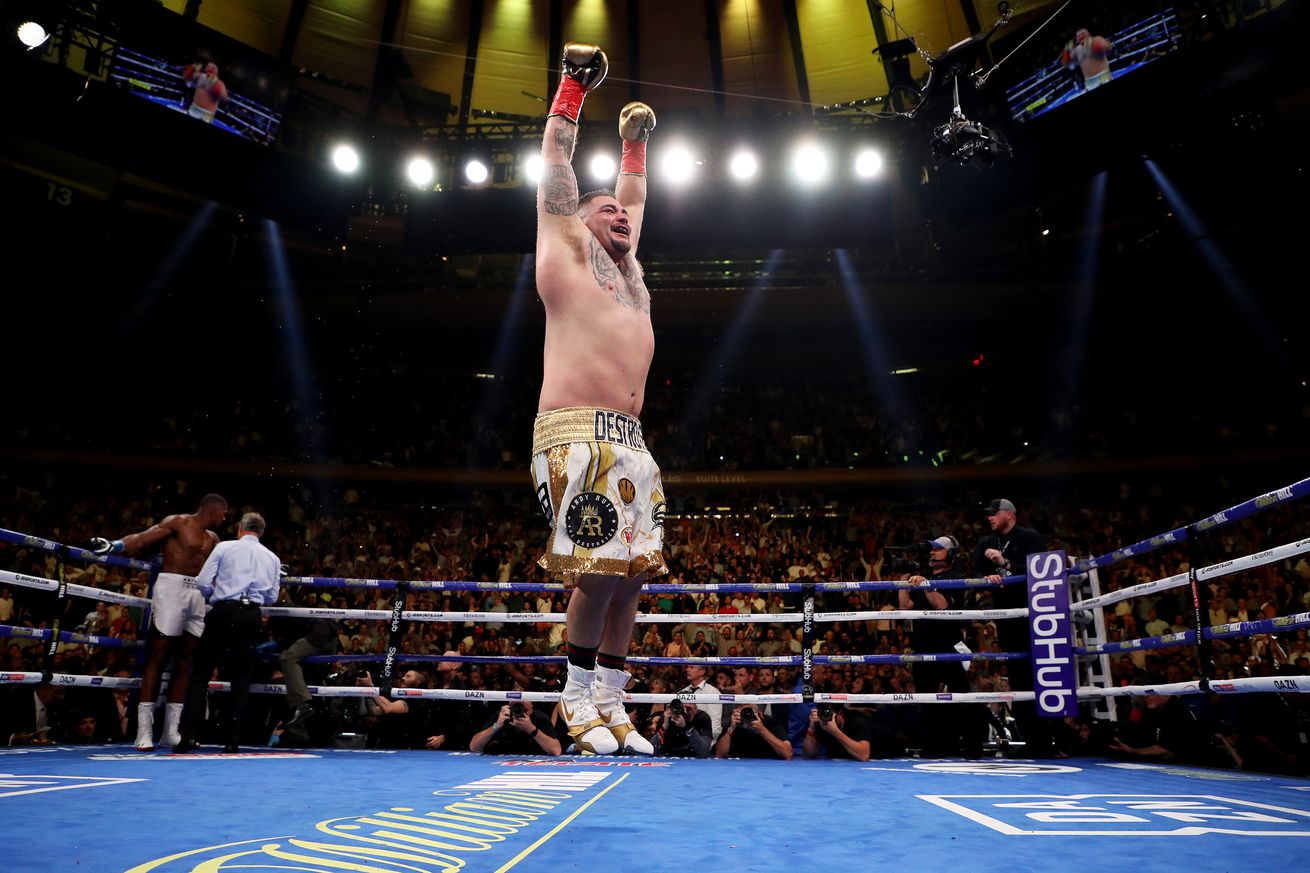 In what will be nearly impossible to top for Upset of the Year, Andy Ruiz Jr dropped Anthony Joshua four times and stunned him in New York.

Ruiz (33-1, 22 KO) was given no chance by anyone, even those of us who harped on and on about him being a better fighter than his physique makes him look. But tonight in New York, he became the first Mexican heavyweight titleholder ever, scoring what was probably the biggest heavyweight upset since Buster Douglas knocked out Mike Tyson in 1990.

If you missed the fight, here are some highlights:

WE HAVE A FIGHT ON OUR HANDS LADIES AND GENTLEMEN!#JoshuaRuiz pic.twitter.com/Kf4zJBebne

To call this just an “upset” is doing it a disservice. This is a massive, game-changing result, not just huge for Andy Ruiz Jr, but for Joshua’s career and for the state of the heavyweight division and boxing as a whole.

We’ll have much, much more through the night and tomorrow, so stick with us!