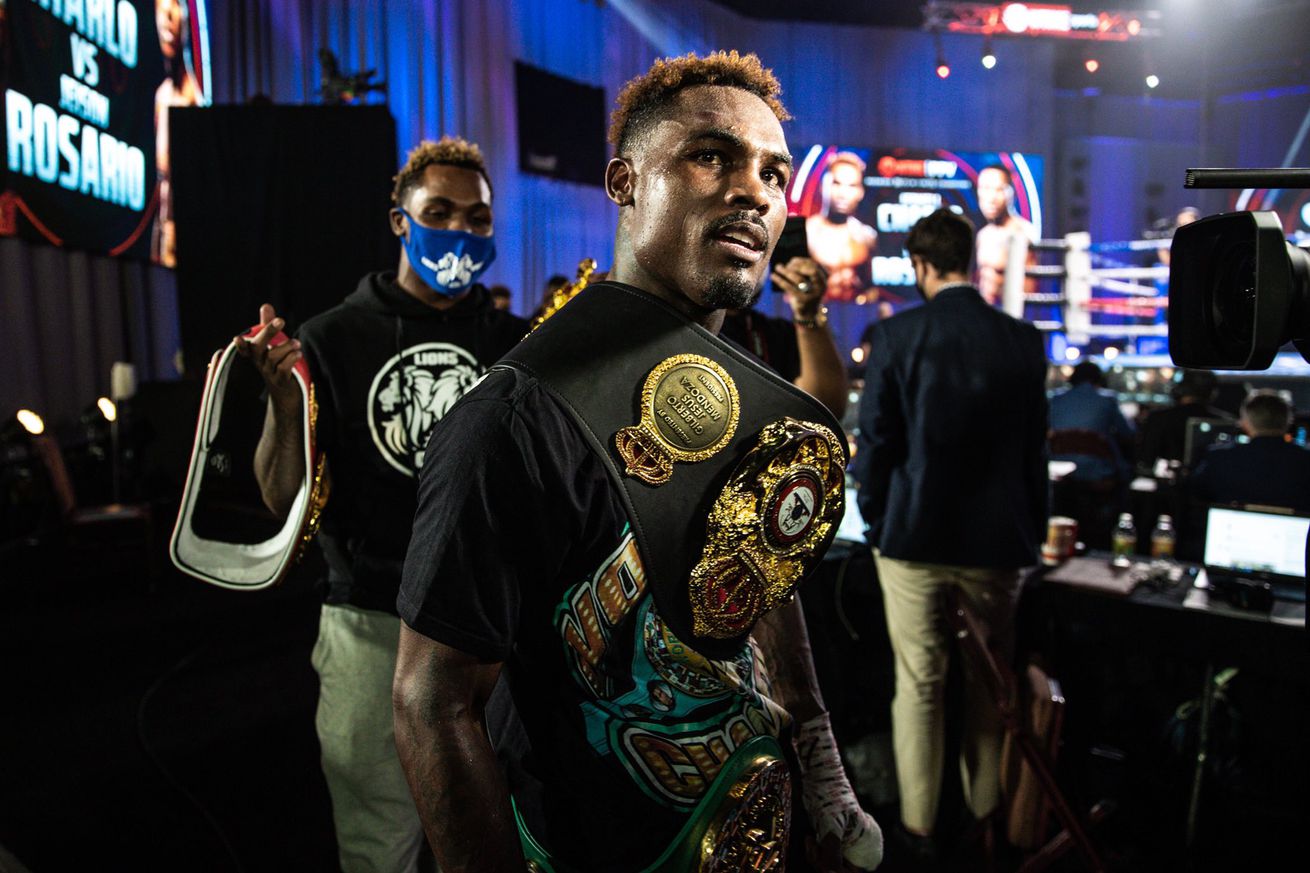 It was a KO you don’t see often, if ever. Take a good look at Jermell Charlo’s knockout of Jeison Rosario.

Jermell Charlo’s knockout of Jeison Rosario isn’t the type of finish you see in boxing every day, or often, or ever, really.

Early in the eighth round, Charlo (34-1, 18 KO) connected on a jab to the body, which basically seemed to simultaneously knock the wind out of and almost paralyze Rosario (20-2-1, 14 KO), leading to a 10-count and Charlo hoisting three 154-pound title belts.

Here’s another shot of it:

WOW @TwinCharlo delivers a brutal jab to the body and drops Rosario!

Jermell Charlo is now a unified champion at 154-lbs via KO #CharloDoubleheader pic.twitter.com/dDmFJdo6JH

Again, as we keep saying, it’s definitely an unusual KO, but it was a clean, hard shot that landed, and if you watch closely, it’s clear the impact it had on the gut.

Charlo had previously shown off his power, dropping Rosario in the first round on a clipping left hook high on the head, and hurting him significantly with this shot in the sixth: