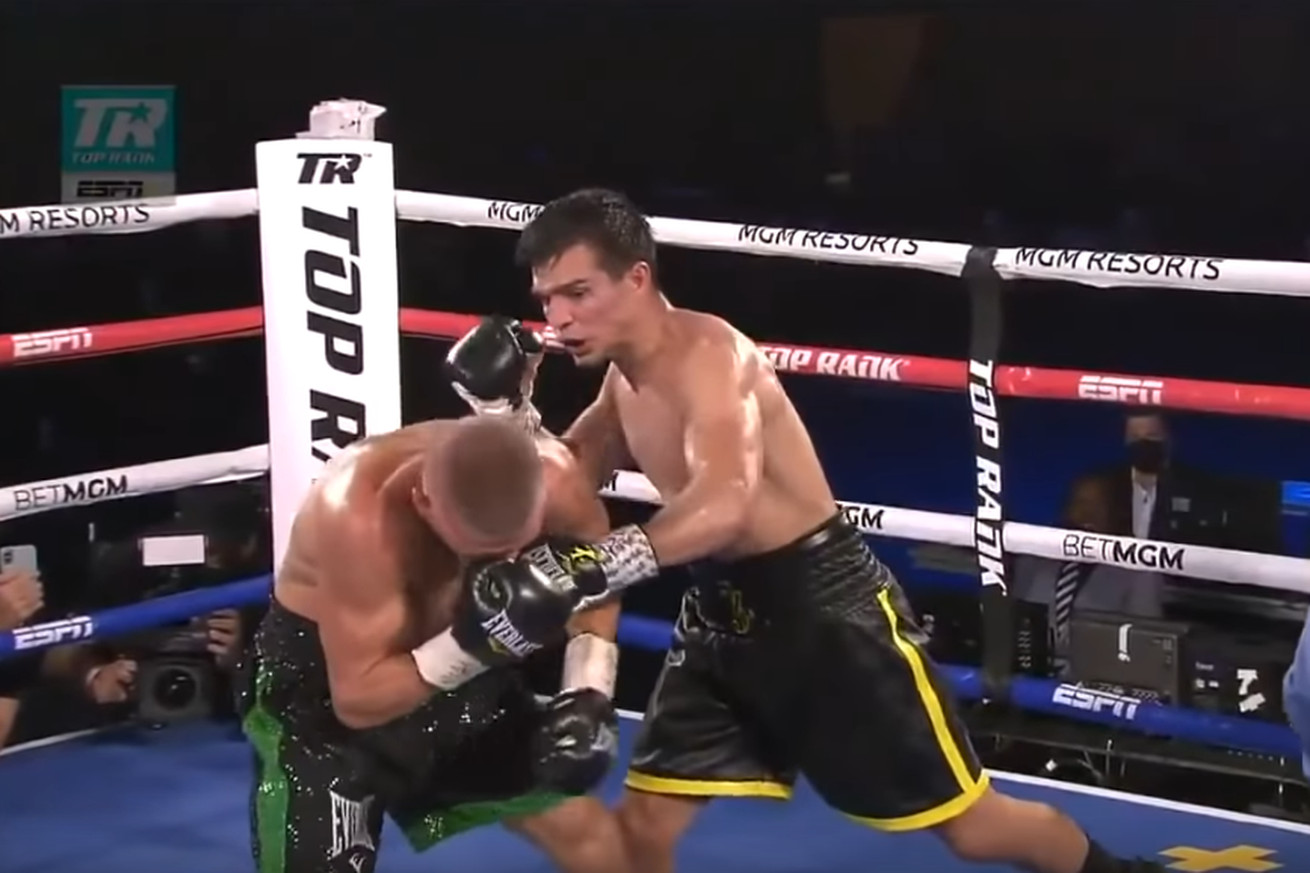 Jose Zepeda and Ivan Baranchyk put on an all-timer on Saturday night.

Saturday night’s Top Rank Boxing main event between Jose Zepeda and Ivan Baranchyk was expected to be a good fight, two real contenders at 140 pounds in a well-matched bout, but nobody expected what we got.

Zepeda (33-2, 26 KO) and Baranchyk (20-2, 13 KO) traded knockdown after knockdown — eight in all, should’ve been nine — led to a vicious fifth round knockout win for Zepeda in what was instantly the Fight of the Year, the Knockout of the Year, and really, an immediate all-time classic.

If you missed the fight, here are some highlights, and man they are truly highlights for once:

Various pros were floored by the fight, just as fans and media were, and promoter Bob Arum called it “one of the best fights I’ve seen since Foreman-Lyle. Plain and simple.”

Nothing can ever quite duplicate seeing a fight go down live in real time, but even on replay this is an astoundingly action-packed, exciting fight, with an edge of your seat sort of vibe pretty quickly, if not from the very first round — where Zepeda went down twice — then definitely from the second, where it became clear these guys could do big damage in any exchange.